Finding the “Heart and Soul” of Planning – Next City

Finding the “Heart and Soul” of Planning 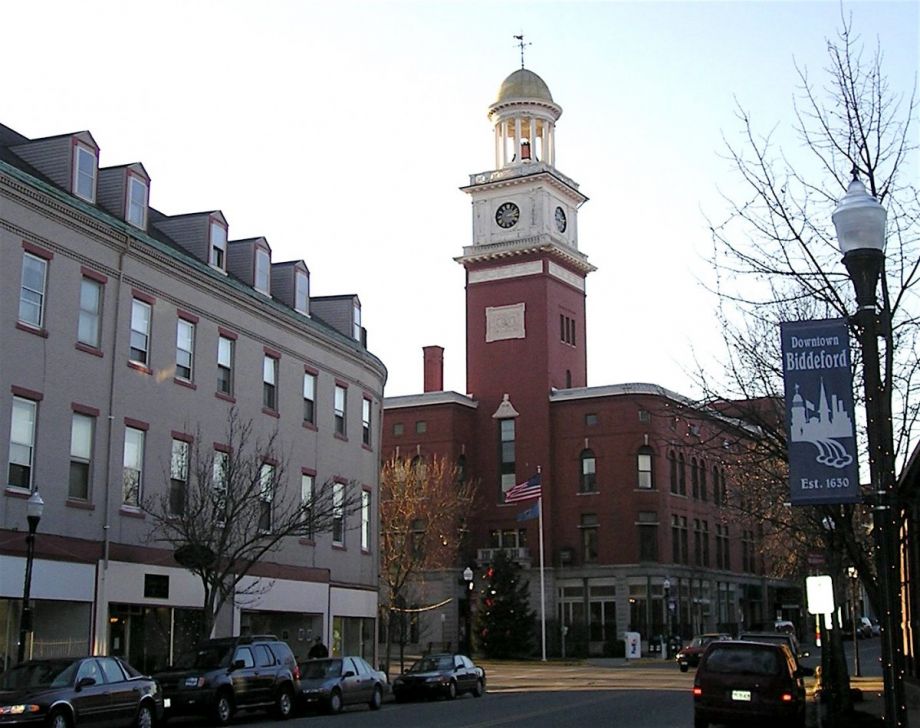 In Biddeford, Maine, a centrally located trash processor was a major employer for over two decades. It was also a major blight, leaving residents hesitant to gather downtown and unhappy with the noise, smell and disruption. Business owners were reluctant to move into the area, but local government was also reluctant to close down the incinerator, due to the already limited economic opportunities in the town.

Today, that incinerator is gone. The removal’s due partly to a new downtown master plan created in 2011 with community input through an engagement model that could be coming to a city near you.

Established in 1995, the philanthropy was forged around Lyman Orton’s interest in civic planning. Key to Heart & Soul is connecting a community’s shared values to tangible outcomes.

In Biddeford, residents expressed a desire for a family-friendly downtown. This value was linked to a goal of developing compatible businesses in the downtown area. (This is what led to the city purchasing and closing down the incinerator; operations have moved to the industrial area of a nearby town.) Residents voted on all outcomes listed in the master plan, and 80 percent of those have now been completed or are in progress.

The Orton family made its fortune through the Vermont Country Store, a mail-order business whose brand is built on ideals like neighborliness. Its catalogs abound with American flags; its communications are dotted with words like “yesteryear” and “community.” But despite that throwback feel — and while community engagement around planning itself isn’t brand-new territory — Orton Family Foundation’s methods are very forward looking. This is a charitable organization that’s developed GIS-based planning software CommunityViz.

Several Maine towns were involved in the pilot stages of the Heart & Soul model, which Orton has trademarked. Successful applicants included Biddeford and Gardiner, both hit hard by the closure of mills along Maine’s waterfronts starting in the 1970s.

Thom Harnett, mayor of Gardiner, says the 2012-2014 program brought both tangible and intangible benefits. One of the values identified in the community consultation stage, when the Heart & Soul partner organizations were collecting stories from as many people as possible, was the importance of agriculture to the town. People talked about making Gardiner a food hub, with locally sourced food a key element of a more diversified economy. Officials kept this in mind when evaluating proposals for new businesses, and a food co-op opened in 2015.

Town leaders also took action with regard to another finding from the engagement process: Residents wanted to see empty buildings put to new use. The town developed an adaptive reuse ordinance to guide the repurposing of old buildings. The first project: a hard cider tasting room in a disused church. Given that there was public debate over the idea of alcohol being served in what had been a church, Harnett acknowledges that integrating varied interests isn’t always easy.

“Local government is the hardest form of government because it’s your friends, it’s your neighbors,” he says. “It’s people you see in the supermarket. It’s very personal.”

The mayor says one advantage of the Heart & Soul program — even beyond the funding, the planning tools and the leveraging of community development block grants for the food hub businesses — has been increased involvement in local government. Where previously it was a struggle to find volunteers for town events, willing volunteers are now abundant. And where previously the town was consistently losing residents, people have started moving to Gardiner from larger Maine cities.

Following refinement of its tools based on lessons learned from places like Gardiner and Biddeford, the Orton Family Foundation is starting to work with more towns (up to a population of 50,000). It’s also phasing out direct funding, looking instead to major partnerships to provide financial support. Whether that shift will dampen enthusiasm from small cities remains to be seen, as does how much engagement a scaled-up approach will generate. (A foundation rep couldn’t provide hard numbers on resident participation in the pilot towns, but maintains breadth and diversity of the groups reached is more important than the percentages.)

A two-year process to determine the values that should undergird community planning may sound like an expensive commitment. It may also be harder to realize in larger and more diverse cities.

But David Leckey, the foundation’s executive director, isn’t deterred. The two-year process is needed, he says, because “change happens at the speed of trust.” In his view, building relationships between different community groups is essential for town planning.

He’s convinced of the improvements that follow this type of process. “If you follow this with robust intent,” he says, “I can guarantee that your small town would benefit.”

Editor’s Note: This article has been updated to make clear that post-pilot program, Orton Family Foundation is not providing financial assistance to towns as part of the Community Heart & Soul model.