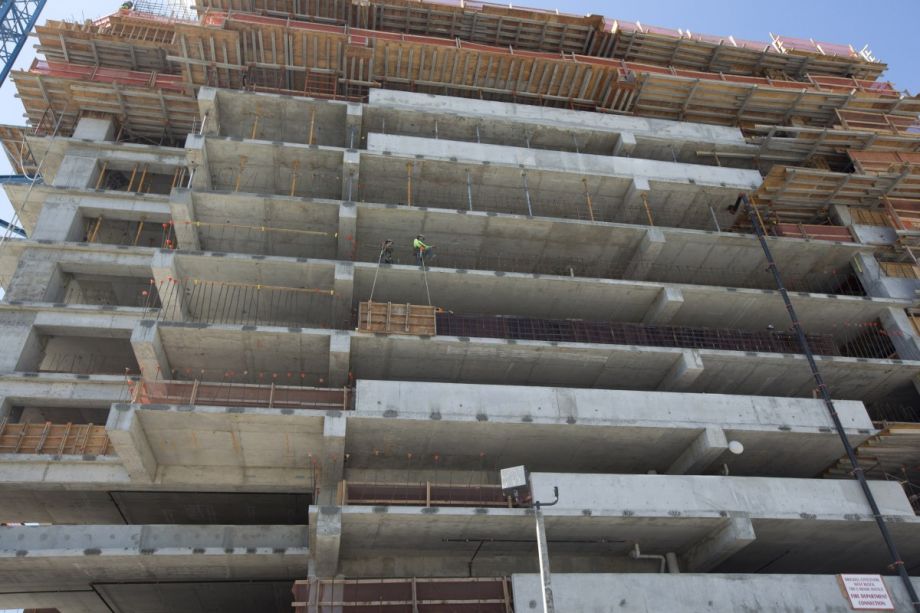 To casual observers, it may seem evident by now that urban density is not only fashionable, but has economic and environmental benefits. This does not mean, however, that the government always responds accordingly. For decades, federal land use and transportation policies have been inspired by the 1950s belief that suburbs, rather than cities, were what boosted upward mobility — and the Federal Housing Administration persists in favoring single-family over multi-family units. In late August, these FHA policies were reviewed by the Department of Housing and Urban Development, but rather than evening the playing field, HUD extended the same tired incentives for sprawl. Longtime habits die hard.

Since the FHA was founded in 1934, the agency has favored a specific built pattern: Of the 34 million properties it has insured, only 47,205 have been for condo projects, while the rest have been for single-family homes. This is because while practically every single-family home qualifies for mortgage insurance, assuming that the buyer is credit-worthy, condo projects must follow strict guidelines.

As late as 2012, a condo project received certification only if 90 percent of its units were owner-occupied (as opposed to investor-owned or renter-occupied), while only 25 percent of the building space could be used for business purposes. The agency also forbade the insuring of units unless they were inside condo buildings where every other unit qualified for insurance. Lastly, a provision existed forcing owners to attain “certification” for insurance — something not required of single-family homes. This certification must be renewed every two years, in an expensive process that typically takes six months.

In September 2012, some of these provisions were relaxed by HUD, due both to the rising popularity of density, and advocacy by organizations like Congress for the New Urbanism and the National Association of Realtors. Minimum owner-occupancy requirements were decreased to 50 percent, and waivers could be signed allowing 35 percent business space. The FHA also eased rules placing strict liabilities on condo homeowner associations.

But overall, the reforms were mild. The strict certification standards remain, and even the standards that were relaxed still establish narrow limits. For example, capping the allowable business space at 35 percent discourages “Main Street”-style developments, which can include storefronts topped off by an apartment or two; and the owner-occupancy requirements can prevent new development altogether. This is particularly so in expensive and transient markets like New York City and San Francisco, where projects must use vast outside capital — often from foreign speculators — to get started, and then rely on cash flow from tenants for debt payments. Only later do they become predominately owner-occupied, if ever, but existing FHA provisions distort this organic process.

Nonetheless, the provisions remain even following the latest review. When the initial reforms were passed in September 2012, they were slated for review by HUD in August 2014. But rather than changing anything several weeks back, HUD merely extended the provisions for another two years. Thus, there remain only 10 percent of condo projects nationwide that qualify for FHA insurance, compared with 95 percent of single-family home mortgages that are backed either by the FHA, or quasi-governmental agencies like Fannie Mae and Freddie Mac. The inability to get certification hurts condos’ affordability, since buyers who seek financing without it face greater interest rates, and down payments of around 20 percent, rather than the FHA’s customary 3.5 percent.

These provisions are fueled by the longtime stereotype that condos attract poorer households, and thus carry higher delinquency and foreclosure risks. But Megan Booth, a senior policy representative for the National Association of Realtors, dismisses that notion. For starters, it does not take into account that today condos — particularly ones built in gentrifying neighborhoods — are hardly a substandard product, but often a luxury item bought by young professionals. Nor does it gel with recent foreclosure trends: A 2013 letter that NAR sent to HUD determined that condo delinquency was far lower than for other housing types.

“Condominium unit mortgages are among the strongest performing in the FHA portfolio,” the letter reads. “The combined serious delinquency and claims rate for new condominium projects is 0.85 percent and 0.80 percent for existing projects. This compares to the average of all outstanding FHA-insured mortgage loans which … had an 8.27 percent combined seriously delinquent and claims rate.”

There are real-life consequences for having such unnecessarily strict policies, says Booth. One is that they prevent homeownership.

This would naturally include millennials, the generation infamous for low homeownership rates. Part of the reason is that many wish to live in cities — and in multi-family housing — but are scared off by the lack of affordability and strict guidelines.

FHA condo policy also prevents density, thus working at cross-purposes with other HUD rhetoric and policies. Booth recalled countless HUD meetings she has attended where officials have espoused all the generic urbanist goals, only to contradict them with their actions. These include meetings where former secretary Shaun Donovan “would get up and talk about the beauty of town centers and how great it is for high-density building, and allowing people to live near amenities. I have literally stood up at those meetings and raised my hand and said, ‘excuse me Mr. Secretary, you don’t let those people use the FHA to buy those units.‘”

It appears that HUD won’t be allowing it much for at least another two years. Hopefully by August 2016, there will be more momentum within the department for encouraging condos — or at least giving them equal opportunity to succeed alongside FHA-backed sprawl.