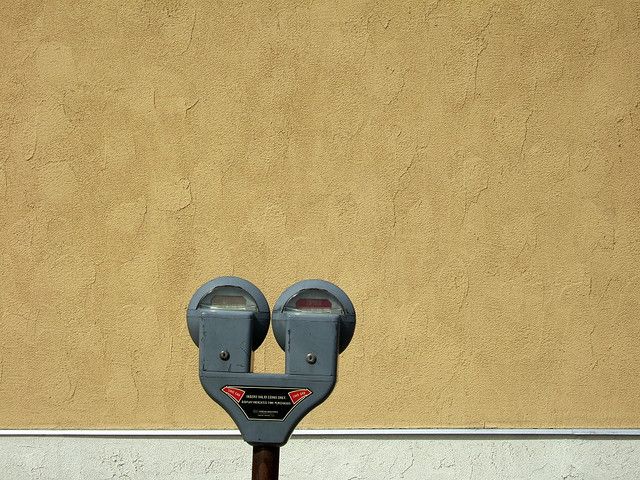 A tech-infused parking management system in San Francisco, dubbed SFpark, has piqued the interest of cities across the country, despite still being in a trial phase through the summer.

Fueled by a federal grant, the San Francisco Municipal Transportation Agency (SFMTA) installed parking sensors and modernized meters at 7,000 of its 28,800 metered spaces and 12,250 spaces in city-owned garages. The sensors send a wireless notification when a space is vacant or occupied, and the SFMTA collects this data for analysis and makes it available to the public via the SFpark website, smart phone apps and the region’s phone-based 511 traffic information system.

This fancy and perhaps distracting technology enables the crux of SFpark: Demand-responsive pricing. Every six weeks or so, and no more than once a month, the city has tweaked the hourly rate of parking by 25-cent increments, up to $5 along prime blocks and down to 25-cents on less-trafficked streets. The ambition is to free one spot per block at any given time.

“We just need a few people to change their behavior to open up more spaces for everyone,” said Jay Primus, manager of SFpark. “If one block is completely full, and two blocks away there are four spaces, and we’ve raised and lowered the prices on these blocks to reflect this, we only need one or two people to know about that price difference and choose to park in the cheaper spot.” Early evidence suggests the program is starting to redistribute demand.

What makes a token available space such a precious outcome? Chances are one need only draw from personal experience to appreciate the beauty of an unoccupied spot along a hopping urban corridor. But, for those who need more convincing, a 2008 study estimated the collective damages of cruising for an elusive spot within a mere 15-block radius on Manhattan’s Upper East Side: 366,000 excess miles traveled and 325 tons of carbon dioxide spewed annually.

The Institute for Transportation and Development Policy’s Sustainable Transport Magazine lauded SFpark as “the most innovative congestion management tool in use in the United States today.” Days before the first demand-pricing increases were rolled out, the SFMTA upped the time limit a car can stay in a spot to four hours, charming many a local driver.

Scroll to the bottom of a March 2012 New York Times piece, though, and the effort’s polarizing effects are apparent. Bill Appledorf, a reader from San Francisco, frets, “Rich people get to park. Poor people don’t. That’s the direction we are heading in.”

This popular anxiety has often made raising the price of public parking politically prohibitive. To appreciate how radical San Francisco is being with its pricing, take a look at Boston, where a 25-cent hike that raised the hourly rate to $1.25 in January 2011 was the first in 25 years. Out of pace with inflation, the bump has done little to ameliorate congestion.

A Boston Globe article published the following January lamented this reality, cautiously introducing the case for demand-responsive pricing as espoused by SFPark advisor and UCLA professor Donald Shoup in his influential 2005 book, The High Cost of Free Parking. A quote from Robert Reich, a former labor secretary and a professor at UC Berkeley, however, noted that Boston’s current system has a sort of built-in equity: If you have more time than money to spend, you can afford to cruise.

In defending SFpark, Shoup notes that many low-income residents stand to benefit as parking revenues are channeled into mass transit and reduced traffic allows for more efficient bus travel.

If recent headlines are any indication, Shoup is making a compelling sell, and there does appear to be a sea change underway in American cities. Los Angeles just launched a test program akin to SFpark in its downtown. And, last week, New York City, which operates the largest municipal parking system in the country — approximately 80,800 on-street spaces, including 54,000 metered spots — put out a request for qualifications to explore privatizing the management of its meters to achieve similarly innovative ends.

The potential privatization of metered parking, in contrast to SFpark’s federally funded model, adds another layer of complexity to the conversation. “It’s easier for a city council to say we’re going to outsource this public asset than to say we’re going to increase the price of parking,” said Rachel Weinberger, a former University of Pennsylvania professor and, along with Shoup, an academic advisor to SFpark.

Back in 2007, the U.S. Department of Transportation announced its decision to fund congestion-relief programs in five cities, including New York City and San Francisco. Mary E. Peters, then the transportation secretary, congratulated Mayor Michael Bloomberg for a congestion pricing plan “as brass and bold as New York City itself.” Bloomberg’s ambitious vision did not win the political support of the New York State legislature, and the federal collaboration went unrealized. Meanwhile, San Francisco proposed 10 measures to combat congestion; SFpark was the centerpiece.

One gets the feeling that Bloomberg does not want his legacy in this realm to be the failure that was congestion pricing. Time is of the essence: “The odds are higher that [private companies] will move with greater alacrity,” Deputy Mayor Robert Steel told the Wall Street Journal when citing an advantage to privatization over public-sector management.

The chair of the City Council’s Transportation Committee, James Vacca — who has a history of resisting parking price hikes — questioned the New York City Transportation Commissioner Janette Sadik-Khan about the possibility of layoffs associated with a privatization deal. It’s premature to speculate, replied Sadik-Khan. 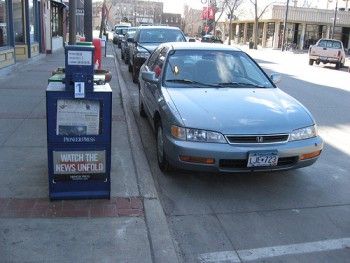 Bill de Blasio, the city’s public advocate, has emerged as an early and outspoken opponent of privatization. De Blasio is using a widely lambasted attempt in Chicago as a cautionary tale: In 2008, city officials accepted a $1.1 billion lump-sum payment to close a budget deficit in exchange for relinquishing future parking meter revenues for 75 years to private investors. It was reported in 2010 that Chicago would likely hand over $11 billion in fees over the life of the contract. Furthermore, if Chicago wants to reprogram any of its designated spaces to make way for a new bike lane or pedestrian plaza, it would have to cough up the expected lifetime value of those parking spots.

But given its fondness for roadside interventions, New York City is unlikely to make the same mistake, and a mayoral spokesperson insisted that, in any transaction, the government would maintain control of rates and parking policy, including enforcement.

“The question is, ‘Can New York write a contract that has more favorable terms?’” said Weinberger, who cautioned that banks are consistently better negotiators than cities.

New York City’s Department of Transportation (DOT) has dabbled with smart parking. In 2008, the DOT launched a now-permanent program in a portion of Greenwich Village, where from 6pm to 10pm rates climb from $3 to $5 per hour. In a designated section of Park Slope, rates are bumped from $1 to $2 per hour from noon to 7pm.

DOT has also partnered with three tech firms, ACS, IPsens and Streetline, which footed the bill for pavement-embedded sensors along an intersection in the Bronx as part of a SFpark-like pilot program. No word yet on the results.

One of those companies, Streetline, provided sensors for 34 spaces along West Drive in Roosevelt Island, which sits in the East River between Queens and Manhattan, in a year-long pilot program begun in the fall of 2010. The Roosevelt Island Operating Corporation, a state agency that runs the 147-acre island, is awaiting final approval from its board to deploy parking sensors for all of its 250 spaces.

“The pilot was successful in assisting drivers in locating available parking spaces and helping our Public Safety Department with regard to enforcement,”said RIOC spokesperson Anat Gerstein in an email. Streetline covered the cost of the pilot, and now RIOC pays the company service charges.

Each case study contains valuable information for cities everywhere. At a private dinner in April, Bloomberg marveled to a crowd of mayors from across the country, “I don’t think there’s much difference in a meaningful sense, whether it’s a city here or a city there — wherever ‘there’ is,” he told the group. “I was in Hanoi and Singapore a few weeks ago, and they have exactly the same problems we do. It really is amazing.”

On the flip side, that means that one downtown’s solutions, too, have resonance. When a city gets it right, the ripple effect can be powerful.

“San Francisco is doing a gold-standard project, and it’s going to allow other cities to install less state-of-the-art systems that are less expensive,” said Weinberger. “Cities can go a long way on parking reform without a huge capital investment.”