Even Parks Are Going Online During the Pandemic – Next City

Even Parks Are Going Online During the Pandemic 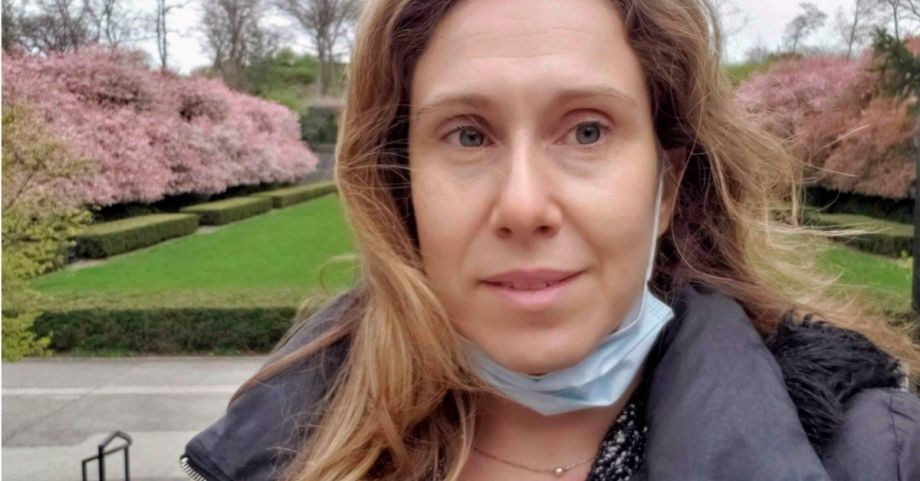 Adrian Sas, multimedia producer at the New York City Department of Parks and Recreation, walked through Central Park while livestreaming on Facebook to give cooped-up New Yorkers a taste of the outdoors. (Photo courtesy Adrian Sas)

Just as parents are trying in earnest to create a sense of normalcy for children during COVID-19, city parks departments are repurposing their services, staff, and spaces to do the same. Shortly after schools closed indefinitely in New York City, the Department of Parks and Recreation pushed out their “Parks at Home” initiative — an online portal virtually bringing environmental education and recreation to viewers, from the comfort of their homes.

“With libraries, schools, movie theaters, restaurants, gyms, and bars closed, people are realizing the value of parks now more than ever,” said Mitchell Silver, the commissioner of the New York City Department of Parks and Recreation.

As images of clustering New York park-goers incite outrage on social media and at press conferences, some push for the city to close its parks entirely. Silver says a decision like that would be made in conjunction with health officials and the mayor. But in the meantime, he encourages safe, socially distant walks outside, or the option to enjoy the outdoors virtually. “When New Yorkers can’t make it out to our parks, we’re bringing the parks to them.”

Silver explains how Parks at Home covers everything from virtual walks and meditation exercises, to regularly recurring live talks with park rangers. A typical talk might touch on the history of Central Park landmarks, the lives of animals in Queens County Farm Museum, or the science behind the parks’ 17 different species of evergreen trees.

No concrete data shows whether these virtual services are actually helping more New Yorkers stay inside, but the department says the Parks at Home offerings amassed nearly 300,000 impressions across social media in the first week it launched. And though experiencing the outdoors ‘virtually’ isn’t the same as experiencing it in real life, research links significant mental health benefits to contact with nature; a review of 68 experimental and longitudinal studies found exposure to green space in urban areas can improve mood, reduce stress, and avert premature mortality. Smaller studies, meanwhile, suggest environmental education affords cognitive and emotional gains in children.

Some 300 miles west of New York City, Camilla Rivera-Tinsley, the director of education for the Pittsburgh Parks Conservancy, is using a similar approach to bring children the great outdoors inside their own homes and backyards.

“Is there a bit of moss on your sidewalk? Can you spot a dandelion on your street?,” River-Tinsley said of the prompts she encourages. “We’re hesitant to say ‘oh, everyone go find this one rock in this one section of the park,’ so it’s really about finding nature in your neighborhood.”

Like New York, Pittsburgh is putting together virtual activities like gardening DIYs and horticulture lessons, but their main focus is supporting schools through designing structured and engaging curriculum. “You have to remember kids’ attention spans — a 45 minute lecture is not going to work,” she said, offering journaling and ‘habitat exploring’ as example lessons.

Despite efforts to move city parks — a great ‘equalizer’ — into virtual spaces, both Mitchell and Rivera-Tinsley acknowledge their constituents’ digital divides, as nearly 20 percent of America’s school-age children lack reliable Internet access. Both say they’re working to make more of their services available in other mediums, like by phone and mail. But Internet or not, Rivera-Tinsley believes a different divide prevents children from enjoying nature in full.

“There are people who may have all the money and access in the world, but some of these busy, harried parents might not realize the health benefits of being in nature,” she said, referencing studies linking time in nature to lowered cortisol levels. “Even just looking out of the window can have benefits, and getting that information into the hands of all parents is the biggest thing for me.”

Rivera-Tinsley is hopeful that Pittsburgh’s efforts will outlast the pandemic. “If there’s another time we need to use these resources and content — say, if a parent needs to homeschool their children — we will be prepared.” But she says her immediate concern is in the present, for children whose parents are essential workers.

“My daughter has a close friend whose mom is a single parent and still has to go into work,” she began. “When we heard the announcement about schools closing, I could see the emotion on her face when she realized she would be home alone most of the time. It just hurts me to know the reality of what’s happening out there.”

In San Francisco, the parks department is addressing just that by connecting children of essential workers to emergency childcare. At 35 sites around the city, parks and rec employees are leading “summer camp experiences” through art, sports, and STEM activities.

“We have had to be creative in the programming to adhere to the health department’s social distancing guidelines and other safeguards, but it is working,” said Tamara Aparton, spokeswoman for the San Francisco Recreation and Parks department. She says children are happy, parents are relieved, and the services are so popular for families of hospital employees that the department has expanded its hours to accommodate 12-hour-shifts.

Like other city park departments, San Francisco is also encouraging children and parents to go outside, but at a safe distance. “Families can explore a trail on foot or on bikes; look for bugs; draw or paint outdoors; read under a tree; track the moon; make art or music out of found objects,” she says. “Our shelter in place order was written specifically [to allow] for time outdoors. That’s because it’s critical to our mental and physical wellbeing, especially for children.”