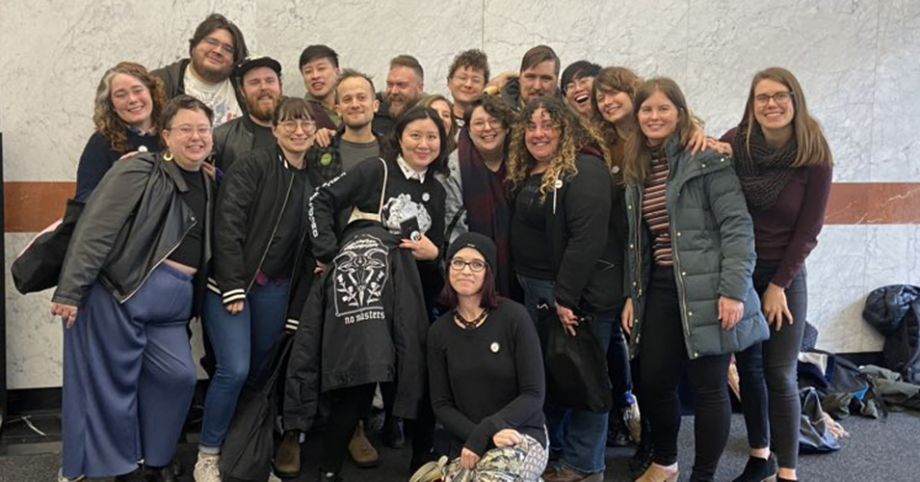 Employees at crowdfunding platform Kickstarter voted Tuesday 46-37 to form a union, the first major tech company to do so, the New York Times reports.

In the past, the Times notes, most unionization efforts have focused on lower-paid blue- and white-collar workers, not tech workers who are often paid in the six figures. But Veena Dubal, associate professor of employment law at the University of California, Hastings College of Law, told the Times that the vote “signals to workers across the tech industry that it is both desirable and possible to build collective structures to influence wages, working conditions and even business decisions.”

Indeed, the Kickstarter union’s founding was prompted by a 2018 incident when a comic book called “Always Punch Nazis” began to raise money on the platform. Kickstarter leadership said the book violated the site’s policies, but employees disagreed. The formation of the union was reportedly tied to employees’ desires to “question management when needed,” Clarissa Redwine, a former organizer at the company, told the Times.

“Traditionally union organizing has been sort of a strategy employed by blue-collar workers. And it revolves around these sort of traditional issues, like higher wages, fighting for benefits, fighting for more flexible work hours. … This action seems to be motivated primarily by more moral issues.”

The app and website are run by 24-year-old twins David and Aaron Cabello.

“I have people come to me [saying] ‘Oh, that’s racist,’” David told WHYY. “No, it’s not. I’m just trying to show our people that we can love each other first. And we can do for self.”

Black and Mobile now has 15 drivers and 25 restaurants on the platform. None of the major players in the food delivery space — GrubHub, UberEats, Doordash, PostMates— are black-owned.

David is hoping to next expand Black and Mobile to Detroit.

A Baltimore-based Opportunity Fund will invest an undisclosed amount of money into the planned renovation of Baltimore’s Penn Station, the city’s transportation hub, Baltimore Business Journal reports. The $500 million project is expected to add retail and office space to the station, and apartments on nearby land, and will be done in conjunction with an Amtrak-funded $90 million renovation of the tracks and platforms.

As Next City has previously reported, the station renovation is expected to “breathe life” into the surrounding neighborhoods, but artists who have found the area’s studio and living spaces affordable have raised concerns that without a dedicated effort to preserve artist housing in the neighborhoods, the character of the area will be irrevocably changed.