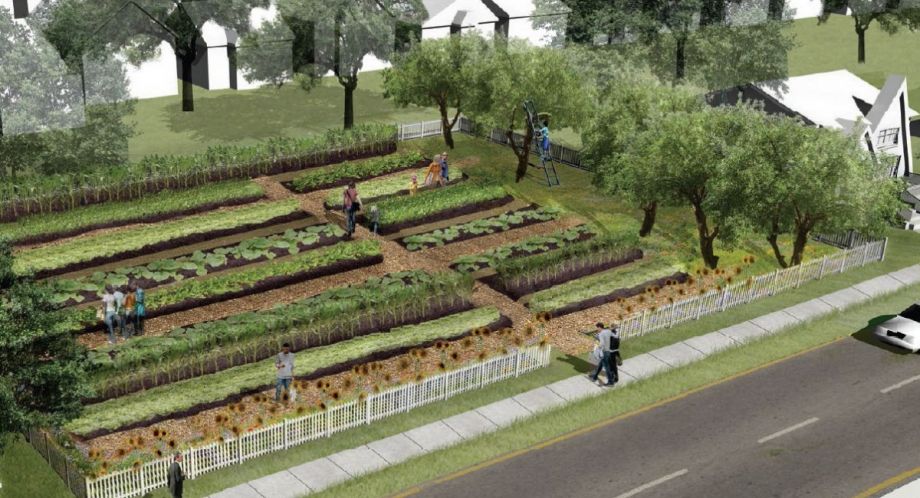 Dana Morris has lived in Detroit’s Fitzgerald neighborhood off and on her entire life, and she’s watched her block on Prairie Street deal with many of the same problems faced by other disinvested areas of the city.

Over the years, Morris and her neighbors (many are relatives) have kept up the block: mowing the empty side lots every spring so kids have a safe place to play, pushing the city to haul out trash so the raccoons don’t take up residence on their front porches, advocating for safety improvements like a traffic light for a busy intersection nearby.

Now, Morris, an active member of the Prairie Street Block Club, and those residents are working to make sure their voices are heard as the city proceeds with an ambitious revitalization effort in Fitzgerald.

“We’re optimistic, we just want everyone in the neighborhood to have a voice,” says Morris, who’s 53.

In early April, the city announced a partnership agreement with a team of developers and nonprofits, dubbed Fitz Forward, to redevelop some 300 parcels in the neighborhood. The city and philanthropic foundations have committed $4 million to the project. If successful, the deal — which includes the rehabilitation of vacant homes, and “green infrastructure” like a 2-acre park — may serve as a model in the city. There’s roughly 65,000 vacant lots in the Detroit Land Bank Authority’s inventory. On April 25, City Council approved the transfer of the Fitzgerald lots from the land bank to the city-developer partnership.

Andrew Colom, one of the principles of Fitz Forward developer Century Partners, says he and city officials have worked closely with block clubs like Morris’ over the past several months. Launched in 2015, Century Partners has taken a shared equity approach to real estate projects in other Detroit neighborhoods, inviting residents to invest in its rehabbed homes through a property fund.

“In many ways, we see the Fitzgerald development as the natural evolution of the work Century Partners is already doing in the city’s neighborhoods, but on a much grander scale with a broader array of institutional and community support,” co-owner David Alade said in a statement following the announcement of the partnership on an empty lot on Prairie Street.

Reclaim Detroit is a home deconstruction firm that trains Detroiters to dismantle condemned buildings, and sells what’s salvageable. It will hire residents to take down at least 20 structures to start. Some will require training, Colom says, and “some of them just need the opportunities.” Others will be brought on to handle landscaping, gardening and rehabbing houses.

“The people who are in this neighborhood are strong, they’re dedicated to the area,” Colom notes.

The neighborhood’s anchored by two universities and two prominent commercial corridors already well on their way to realizing some of the same renewal that’s occurring in the city’s core. But about 34 percent of Fitzgerald’s 69,000 residents live below the poverty level; unemployment in the neighborhood hovers at 24.5 percent.

In addition to adding market-rate homes and some affordable housing, Fitz Forward plans to set aside vacant lots for urban farming and pop-up businesses, and expand internet access.

At the event announcing the partnership, city officials expressed a desire to revitalize the neighborhood without displacing longtime residents like Morris. “We’re keeping the neighbors here,” said Mayor Mike Duggan. “They’re the ones who have been through the tough times. We’re showing how you can rebuild the neighborhood around the people who are here.”

Chase Cantrell, of Building Community Value, will oversee managing the parcels. For him, that means working closely with the community to develop creative strategies to bring commercial ventures into the neighborhood.

“From urban farming to business pop-ups, Fitzgerald residents will be given first priority in entrepreneurial and employment opportunities,” says Cantrell. “We want to ensure that we draw first from the wealth of talent that we know exists in the neighborhood.”

For Morris, a retired state of Michigan employee, all the talk is encouraging, but she’s holding off on the accolades for now. She’s been pleased by the presence of organizations like the Greening of Detroit, which last year cleared out some vacant grassy fields. Morris, though, says she’s waiting to see if the city will follow through.

“I met the developers, I like what they’re talking about, now it’s time for them to put their money where their mouth is,” says Morris.