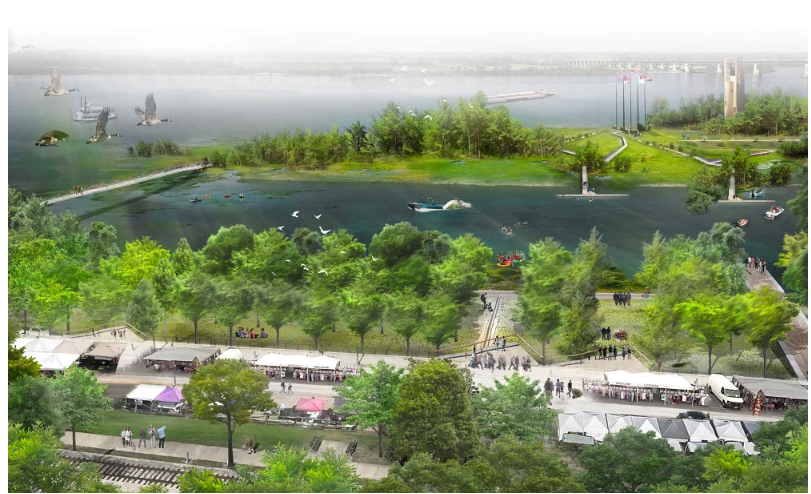 In January, Memphis Mayor Jim Strickland announced plans to develop a master concept for the city’s riverfront. His administration launched a task force and solicited $350,000 in private philanthropic support.

Now, after six months studying the area, the New York- and Chicago-based architecture firm Studio Gang has presented a “vision,” complete with renderings and a hefty 120-page report.

According to the Memphis Business Journal, the city’s Riverfront Development Corporation (RDC) convinced the Kresge Foundation to fund a three-city tour for members of the new administration of riverfront projects already underway in Chicago, Detroit and Philadelphia last year.

“We don’t necessarily want to repeat what they are doing but show why they spent these dollars, why they did these things on the riverfront and what was the benefit,” Benny Lendermon of the RDC told the paper.

Many of the changes proposed are meant to build on the things people in Memphis already enjoy about the river. Throughout the design process, Studio Gang worked with the public and the Mayor’s Riverfront Task Force to gauge interest and gain insights into the future role of the river in the city. Based on community suggestions, the plan calls for enhancing views across the river, year-round attractions, additional family spaces, and various bike and pedestrian paths. Picturesque sunsets, barbecue, and the blues — just a few of Memphis’s favorite pastimes — were all considered in the plan.

The full report and renderings can be viewed on Studio Gang’s website.