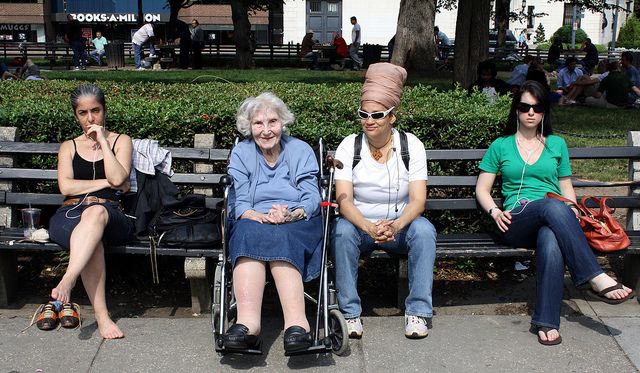 In the face of swift gentrification across many parts of the city, Washington, D.C. lawmakers want to give tax relief to some longtime, elderly residents who may feel the pinch of rising property values. Earlier this month, the D.C. Council gave unanimous preliminary approval to a bill that would exempt certain low- and moderate-income homeowners over the age of 75 from their property taxes.

Now, before you rage against cutting taxes for people who may have large sums of cash stowed away for retirement, think about how specific the parameters are: The bill would apply to homeowners who meet the age requirement, have lived in the District for at least 15 years, and make $60,000 or less annually. It would be a huge assist to those aging in place.

Despite the unanimous approval early on, some council members have said that the bill, introduced by at-large Councilmember Anita Bonds, would need to undergo changes before it heads to a final vote. A separate bill from Councilmember Jack Evans has proposed capping the yearly increase of the homeowner’s property tax at 5 percent, regardless of any large spikes in property value.

There are certainly a few kinks to iron out in Bonds’ bill. One thing I’d like to see added is a similar provision for renters. According to the American Community Survey, 40.4 percent of renters in the District spend more than 35 percent of their income on rent. And, as of the 2010 Census, renters between the ages of 75 and 84 accounted for 3.8 percent of all renters, while those 85 and over made up 1.9 percent of renters. 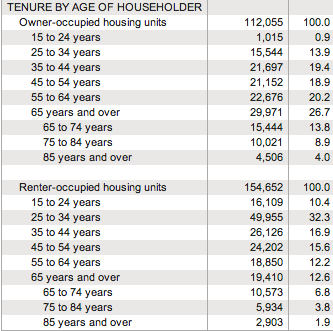 These numbers aren’t neighborhood-specific, and they don’t tell us how long those renters have been in the District. But it demonstrates that the 75 and over rental demographic is pretty small, which means it shouldn’t be too hard to accommodate. As you can see in the data from the 2010 Census to the left, D.C. homeowners aged 75 to 84 account for 8.9 percent of the city’s homeowners, while those 85 and over account for 4 percent.

Why not give the renters some much-needed tax relief, as they are likely in a much more precarious situation? Of the 266,707 occupied housing units in the District, 8,837 are rentals housing folks 75 and older. That’s a very small slice of the population. The city could offer senior renters who qualify help in the form of a tax credit, like the federal Low-Income Housing Tax Credit.