Could a Four-Day Workweek Work in the U.S.? – Next City

Could a Four-Day Workweek Work in the U.S.? 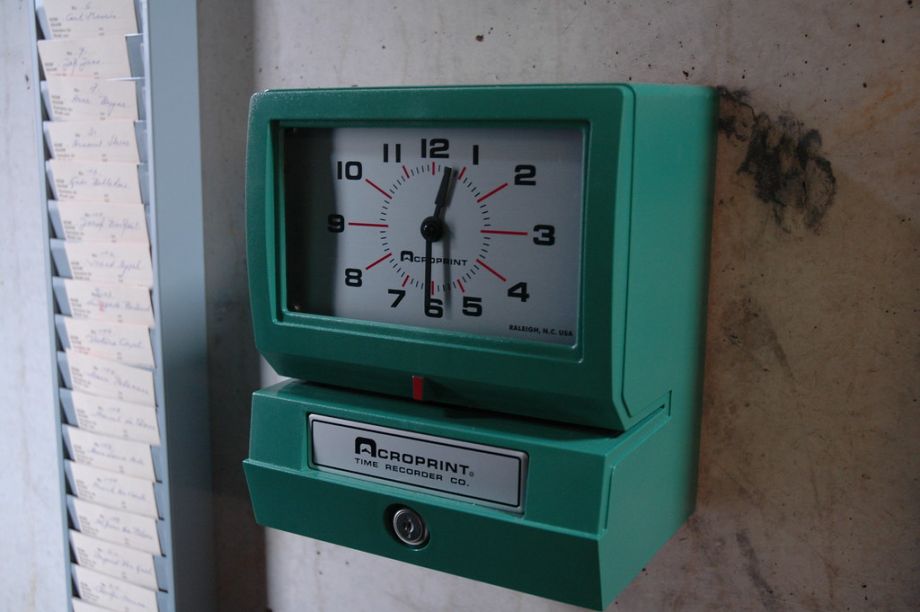 Monograph, a San Francisco-based startup providing software tools to architects, was the result of a side project. A few years back, company founders Moe Amaya, Alex Dixon and Robert Yuen ran an agency building technology for other companies in San Francisco. “It was not the day-to-day thing we preferred to be doing, it was how we paid the bills,” says Amaya. “So we would take Fridays or Mondays off, every single week, to work on something else.”

That extra day allowed the trio to launch their passion project — Monograph — in 2017. When they were ready to hire employees, they decided to pass down the perk of the four-day workweek. “We have two employees who do not work one day a week,” Amaya explains. “Monograph exists because it was a side project for us, so it’s fundamentally in our core and DNA.”

Amaya admits the offering is “really unique” — he hasn’t come across other companies with a standard four-day workweek. But the sentiment — alongside other ways to lessen the pressure of the workweek — is gaining more attention in the United States. Worker’s rights advocates believe such conversations are inevitable as Americans work more hours annually than many Western peers, without national paid parental leave, no federal law requiring paid sick days and no legally mandated annual leave.

“Virtually all the benefits of productivity have accrued to the richest half of our country, most of it to the top one percent, so regular working Americans have not been getting any of the fruits of their labor,” says Jon Steinman, who has soft launched The 4-Day Week campaign out of Washington, D.C.. “Everyone’s first impression is that this is impossible, but a century ago, we went from a six-day workweek to a five-day workweek.”

In 1929, the Amalgamated Clothing Workers of America Union was the first union to demand and receive a five-day workweek, which led to a provision of the 1938 Fair Labor Standards Act mandating a maximum 40-hour workweek with a two-day weekend.

Steinman sees the four-day workweek as a revitalization of the labor movement of the early 20th century, in which organized unions fought not just for reasonable hours but better wages and safer working conditions. Unions and workplace rights, however, started declining throughout the second half of the 20th century, as income inequality worsened.

The dramatic decline of American unions wasn’t replicated in Europe, where mandated paid parental leave, sick time and vacation is the norm. A recent wave of advocacy for a four-day workweek has picked up steam across the continent, according to the Washington Post.

Four-day workweeks won backing from some of the biggest unions in Ireland and Britain, while plans to dramatically cut working hours have been embraced by large unions in Germany, the Netherlands and France. In England, a youth left-wing group pushed the Labour Party to commission a study on cutting working time to see if it should be incorporated into its party platform.

The traction of the 4-Day Week campaign in London led to its recent inception in the United States. The U.S. campaign is in the early states, according to Steinman, but the goal is to start a conversation about broader workplace rights, including better employee healthcare and mandated parental leave.

The jury’s still out on the feasibility of the four-day workweek. Some companies (like Monograph) found success and permanently adopted it. Others — like the tech HR firm Treehouse — couldn’t keep up with competition and returned to a traditional five-day week. Allard Dembe, a retired public health professor, has warned reducing work days, if not coupled with reducing hours worked, could increase stress and decrease workplace flexibility.

Plus, maybe it’s just not the first priority advocates want to focus on. People’s Policy Project, a left-leaning think tank, is working on a report examining the “extraordinary burden of labor in our country” alongside suggested reforms to provide more time outside work.

Reforms do not include a four-day workweek. Matt Bruenig, president of the think tank, said the study found such a measure would be a dramatic cut to the economy. “If the economy is shrinking,” he explains, “Someone is going to have to take a pay cut.”

But the report says it’ll be straightforward to enact other changes: “Reforming the American job market to reduce working hours, spread jobs more widely throughout the working-age population, help ensure employment, and enable parenthood and retirement would be quite straightforward,” it reads. “The basic strategy will be to follow the model of cutting-edge European countries, adapted where necessary for an American context.”

That means mandated vacation, paid sick and parental leave and increased unemployment benefits. Increasing federal holidays and strengthening social security — a policy platform of both Senators Bernie Sanders and Elizabeth Warren — are also included. Bruenig calls these more “gradual changes” than a four-day workweek to cut back on work.

There’s still a cultural hurdle to overcome in America, one that values work and workplace competition. Though Monograph’s employees enjoy a four-day workweek, Amaya notes the founders “work all the time.”

Still, both Bruenig and Steinman point to the growing stress and disillusionment of American workers in an economy where some bosses earn 278 times more than their employees. Beyond current-day discontent, there’s also the future to consider — Steinman believes four-day workweeks should be integrated into an economy increasingly relying on AI and automation in the workplace.

Ultimately the 4-Day Week campaign goal is to bring an eight-hour work day for four days a week within the realm of possibility. “We’ve done this before, at a fairly similar time of economic uncertainty, and it positioned us as a productivity and innovation leader,” Steinman says. “It’s time to re-prioritize American workers.”