How to Have a Conversation About Climate Change – Next City

How to Have a Conversation About Climate Change 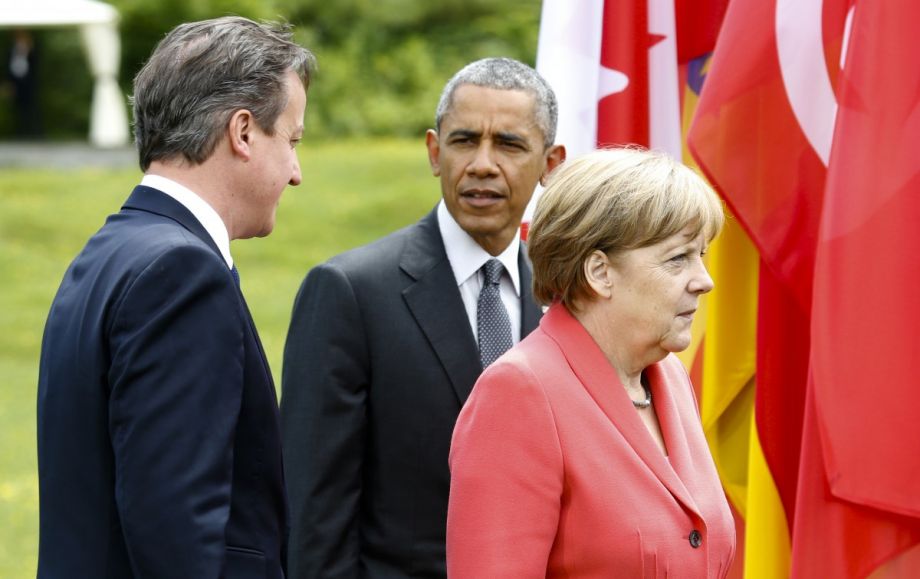 At this week’s G-7 summit in southern Germany, world leaders talked about climate change. The iSeeChange project aims to bridge the divide on the issue by initiating a public dialogue between citizens and scientists. (AP Photo/Markus Schreiber)

A few years ago, Julia Kumari Drapkin, a climate science reporter, began to feel she was hitting the same wall on every story. As she worked on her radio segments, the environmental conversations she overheard — both in her personal life and in her reporting — tended to have a narrow local focus. Friends in the Northeast, for example, complained that a particularly wet summer had devastated their tomato plants. Others had questions about dust storms in Phoenix or the flooding on the Mississippi.

Could these unusual, local weather events be linked to climate change? “You bring that to climate scientists, and they don’t feel comfortable drilling into specific times, experiences or stories, and talking about climate change,” Drapkin says.

The result has been a mismatch between what Americans see around them (heavy rains, say, or new types of insects) and what they read in the news (carbon tax, lengthy assessment reports). In the worst cases, the gap bubbles over with misinformation.

In an era when cities are focusing on becoming more resilient, and considering how to allocate money toward that resilience, policymakers and citizens would benefit from more lucid connections between science and everyday activity.

A project Drapkin started a few years ago, iSeeChange, aims to bridge the divide by initiating a public dialogue between citizens and scientists. Culling anecdotes from the iSeeChange Almanac, a half-dozen public radio stations are now building stories that meld crowdsourced observations with the expertise of climate scientists.

The Almanac at the heart of the project is a database for citizen reports. Often, these focus on temperature and rainfall. At times, observers will point out an unusual number of dead trees or the newfound prevalence of a certain type of caterpillar. (The Almanac will be re-launched later this summer with a focus on highlighting the more anomalous anecdotes.)

It’s one of a few ways that environmental observers have recently begun to gather and use crowdsourced data. A Columbia University professor is strapping sensors onto New York City cyclists, and there’s been a proliferation of low-cost air quality tools that allow citizens to measure air pollution street by street.

Drapkin’s aim, she insists, is not to prove links between, say, moths and capital-c climate change, but merely to discuss the possibility in a public forum. Observation-fueled scientific discussion, with all its distortions, is already happening at the dinner table, the water cooler and the bar, she notes. “If you can’t have a conversation with people about what is or what is not climate change, you’re just not preparing, not communicating the most important story of our lifetime.”

Molly Peterson, an environmental reporter at KPCC in Pasadena, which has partnered with iSeeChange, said the project fits into the larger radio zeitgeist of promoting more audience involvement. It has led her to stories she would not have otherwise found. For one recent piece, Peterson covered the growth of parrot populations in Southern California. (Not climate change, but still our fault. The birds almost certainly arrived with the pet trade.)

For another, Peterson looked into reports that jacaranda trees — whose gnarled branches and vivid purple flowers have earned them the nickname “Dr. Seuss trees” — have been blooming earlier than usual in Southern California. As it turned out, though the jacarandas had been a regional symbol for years, no one in Los Angeles County was systematically tracking when they bloomed.

In Australia, however, Peterson found that volunteers at Sydney’s Royal Botanic Gardens had been noting the bloom cycle for two decades — and the city’s jacarandas are now blooming as much as four weeks earlier than they used to.

Perhaps the most surprising reaction to iSeeChange has come from scientists, who have embraced the opportunity to link their work (however cautiously) to everyday events.

One of iSeeChange’s newest partners is the NASA Jet Propulsion Laboratory, whose Orbiting Carbon Observatory 2 monitors atmospheric changes from space. That data could be linked to everyday occurrences, such as wildfires, traffic jams and dry spells that impact the amount of carbon in the atmosphere.

In the 1980s, the strong link between observation and environmental catastrophe was a major factor in elevating popular concern about acid rain. Dying spruce forests belied the notion that atmospheric chemicals were an abstract concern. By 1990, Congress had amended the Clean Air Act to include a program targeting sulfur dioxide and nitrogen oxides.

Is there a modern-day parallel, a backyard equivalent of the melting polar ice caps, that will raise the alarm on climate change? If there is, iSeeChange may be the first to find it.