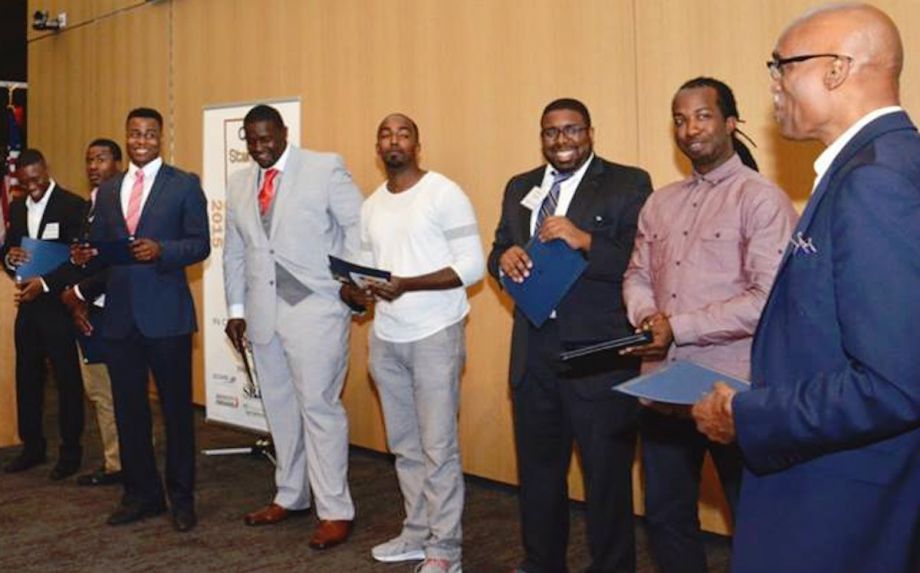 Henry Rock is determined to create more young black business owners in the Charlotte community, and ultimately the country.

His organization, City Startup Labs, launched in early 2014 and has since graduated 30 young entrepreneurs. Six months of training culminates in a formal pitch competition attended by early-stage seed investors, the local business community and the general public. Winners receive cash prizes and free desk space in a local co-working hub. Cohorts are comprised of 18-to-24-year-old black males who have launched businesses ranging from mobile platforms to mental health consulting practices.

Now, Rock is further embedding his operation into the city’s growing startup ecosystem, anchoring his incubator, established as the Center for Excellence for Entrepreneurship Competency, on the campus of the University of North Carolina at Charlotte (UNCC). This is UNCC’s first incubator with an emphasis on cultivating ethnic minority entrepreneurial talent.

“[We’re] looking to close the entrepreneurial divide​ where we have often marginalized young black men on the sidelines watching the startup parade go by. We want them to be empowered through an accelerated, progressive and disciplined approach to venture creation and deployment,” says Rock.

Paul Wetenhall, president of Ventureprise, which is funded by UNCC, says that the new relationship with City Startup Labs will expand the supply of substantive entrepreneurial talent for the overall good of Charlotte.

The two programs have similar approaches when it comes to curriculum: They assist students with realizing their ideas based on the principles of detailed customer discovery, lean startup methods and business model generation.

“Although we have different missions, both organizations act upon the greater good of Charlotte’s entrepreneurial ecosystem,” says Wetenhall.

He also recognizes the opportunity in tapping students coming out of City Startup Labs for additional mentorship and incubation at Ventureprise’s accelerator. Ventureprise also hopes to encourage more young entrepreneurs to enter the annual Charlotte Venture Challenge competition at UNCC in which participants pitch their companies to investors and corporate partners. Nearly 300 already compete to win over $150,000 in equity-free funding.

Collectively, the efforts of both City Startup Labs and Ventureprise build out a stronger platform for spurring talent and driving an inclusive startup ecosystem within the city.

Last year, a report commissioned by the city revealed that Charlotte is severely lagging behind neighboring cities like Raleigh, Durham and Atlanta when it comes to attracting venture capital dollars to boost startups in the city. To put this into context, Charlotte-based companies received $3 per capita of venture dollars compared to Atlanta’s $70 per capita and the Raleigh region’s $119.

Marked by a low concentration of venture capital firms and a smaller university population, Charlotte’s struggle to keep up with the high-growth pace of startup communities is owed partly to the productivity of its universities. Thriving engineering and entrepreneurial programs at Duke University and North Carolina State University largely contribute to the over 1,817 patents produced each year in the Research Triangle Park, compared to Charlotte’s 388.

Rock believes that critical programming on the institutional level can bring about positive changes and also impact economic mobility in the city at large, as students and program participants build and grow their companies locally.

As a member of the Charlotte Regional Fund for Entrepreneurship, Rock continues to work with the local business community to develop tools and solutions that support diverse business creation. As City Startup Labs scales at UNCC, he sees substantial opportunity for his program participants to become not just business owners, but also job creators.

“In the long term, I envision City Startup Labs as a conduit for student entrepreneurs who not only fit our demographic profile but who are members of other underserved populations, who have the entrepreneurial instincts and grit to build extraordinary businesses,” says Rock.