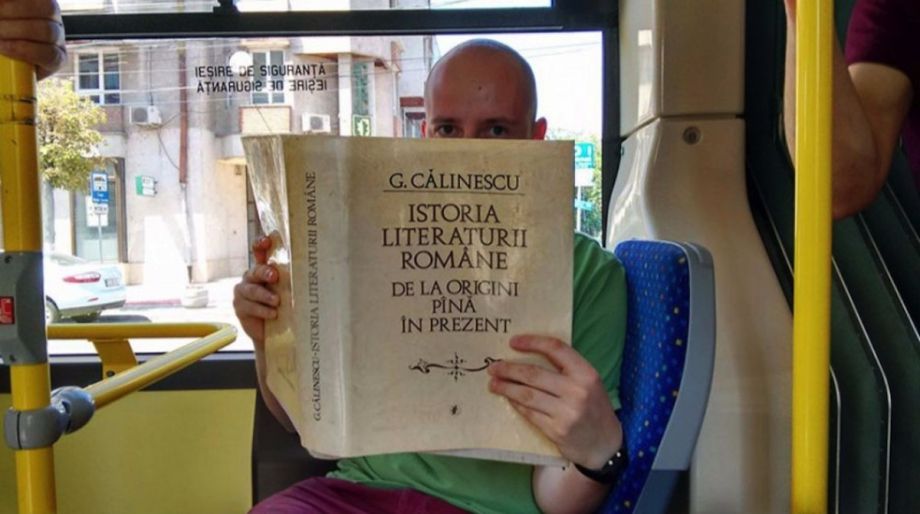 For one week early this summer, the Romanian city of Cluj-Napoca offered free rides to people reading on the bus. The initiative, Travel by Book, was the brainchild of book-loving city resident Victor Miron, who has originated several literacy campaigns in the city.

“I believe that it’s better to promote reading by rewarding those who read, instead of criticizing the ones who don’t,” he wrote on Bored Panda.

Miron proposed Travel by Book to Mayor Emil Boc in 2014. Boc posted the idea to his Facebook page, where it received an overwhelmingly positive response. Then, from June 4th to 7th this year, Travel by Book was launched.

“In Cluj-Napoca there already was free transportation for students and [the] elderly,” Miron said, according to website PSFK. “I just thought that readers deserve it as well because they offer a good example. I think people [get] an appetite for reading if they see other people read books.”

Other reading campaigns by Miron and his friends include free admission to the local Botanical Garden on World Book Day (April 23rd) for people carrying books, and Bookface, which encourages people to use Facebook profile pictures that show them reading in exchange for discounts in local stores.

With Travel by Book’s success, Miron is trying to expand the initiative by proposing more dates in Cluj-Napoca and bringing the project to other Romanian cities like Chișinău, Alba lulia, and Focsani.

Travel by Book was part of a series of events celebrating Cluj-Napoca winning the European Youth Capitol 2015 title, the Independent reports. Other programs promoting literacy in the city included displaying quotes from classic and contemporary authors on city buses and trams, giving out bookmarks and running a weekly book club in June.