City Arborist Explains What to Read Into Baltimore Tree Gains 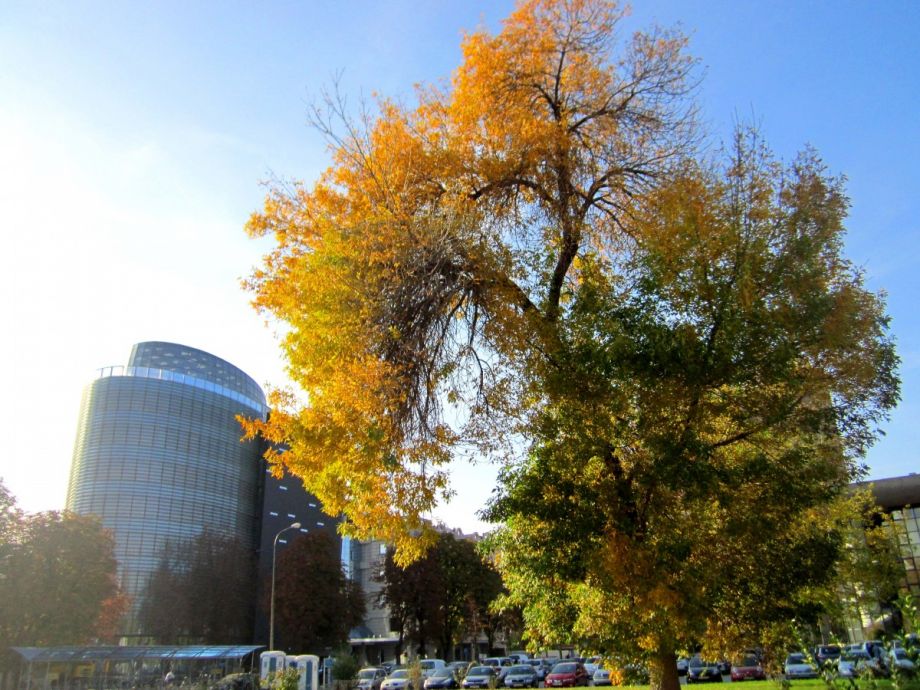 With those benefits in mind, Baltimore officials are pretty darn pleased that the city has added more leafy green over the past decade. From 2007 to 2015, tree cover increased from 27 to 28 percent, according to a recent op-ed in the Baltimore Sun. Canopy coverage declined in several other U.S. cities, including Detroit and Los Angeles, over the same time period. The 1 percent uptick may not seem like a lot but, as op-ed authors Erik Dihle, city of Baltimore arborist, and Morgan Grove, U.S. Forest Service scientist, explained, even small net gains are a victory:

Tree canopy loss, whether due to human activities, such as construction, or natural events, such as a severe storm or the currently unfolding outbreak of Emerald Ash Borer, which is expected to decimate the region’s ash tree population, can be instantaneous and dramatic. Tree canopy increases resulting from new plantings, natural regeneration, and growth, are slow processes that take time and commitment.

So far, that commitment in Baltimore has taken the form of an umbrella organization called TreeBaltimore, which helps support and coordinate planting and greening efforts in the city. As Next City has covered, urban greening done strategically — with species and proximity to buildings considered — can have significant cost and energy reduction benefits.

But Baltimore officials are looking beyond the bottom line. More trees also tend to equal less violent crime and crime against property regardless of socioeconomic factors, the op-ed authors wrote. Urban forests are also positively correlated with reduced asthma rates, economic development in the form of increased property values and business performance, and better mental health. In terms of “natural infrastructure,” urban forests can “improve water quality and reduce flooding by acting as purifiers and sponges during and after rainfall” and “filtering fertilizers, pesticides and pollution that washes off roads and other impervious surfaces,” which could be especially important in Baltimore, where sidewalk storm drains connect directly to the Chesapeake Bay.

Ultimately, Dihle and Grove advocated not just for continued plantings, but also investment in the canopies that already exist. Such a plea may not go far with budget-trimming city governments, but officials would do best not to ignore them. In 2015, the World Economic Forum’s Global Agenda on the Future of Cities listed increasing urban canopy among its 10 most essential urban initiatives.

“Cities will always need large infrastructure projects, but sometimes small-scale infrastructure — from bicycle lanes and bike-sharing to the planting of trees for climate change adaptation — can also have a big impact on an urban area,” according to a statement at the time.