Cities Should Act More Like Amazon to Better Serve Their Citizens 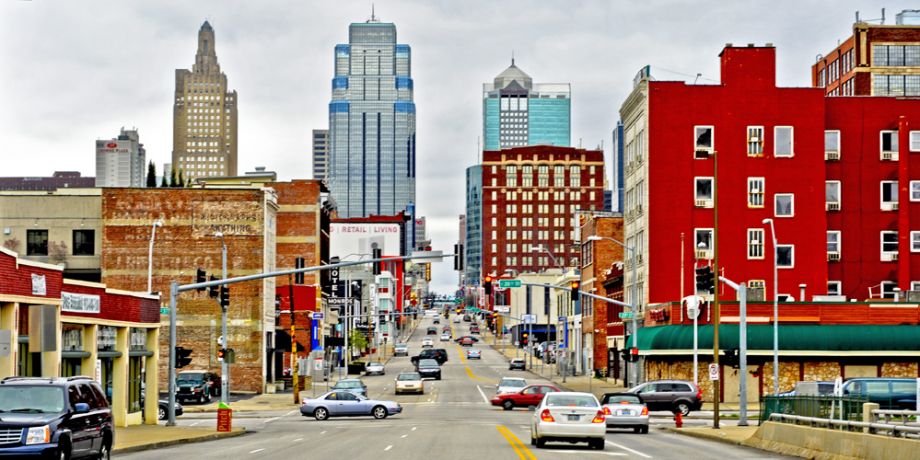 The following is an excerpt from A New City O/S: The Power of Open, Collaborative, and Distributed Government, by Stephen Goldsmith and Neil Kleiman. A New City O/S argues that our system of government must evolve to meet the needs of a digital world. The book describes a new government “operating system” that serves much the same function as the last iOS your iPhone made you install: It incorporates innovative technology and a user-oriented design to provide the utmost in efficiency, responsiveness, and functionality.

It seems quite simple and seamless. You click a button on Amazon and an article of clothing appears at your house. Behind the friction-free experience, however, is a highly complex system built on a savvy mix of data and coordination of many different organizations. A vendor used analytics to decide which items to offer to customers and where and how to digitally display them. Amazon created an online shopping experience customized for you, built with information from diverse sources about your specific needs and priorities. Other shoppers shared their opinions about the product on a platform designed to aid your final decision. UPS, after it received the shipping request from Amazon, used its mapping and logistics software to configure the most efficient delivery route to your house, which it conveyed to the driver on his mobile device. A third-party payment platform handled the credit card information, and the credit card company then divided your payment between Amazon and the vendor.

The many pieces of this highly distributed system are held together by data organized to produce a keen understanding of, and great experience for, the customer. The greater the knowledge, the better the decisions. So why would anyone settle for the old days, when shopping took so much more time and when information was so much more limited?

Contrast this retail experience to how relatively little information municipal leaders have at their fingertips when making decisions and furnishing services. The citizens who are the ostensible customers are almost never consulted about what they want, when they want it, or how it will be delivered. Then again, neither are other city agencies that often have a perspective on the issue, nor experts such as professors at local universities who study the issue, and best practices. City government isn’t making plans and programs in a pitch-black room, but it’s awfully dark in there.

Consider, for example, the goal of helping a young man who has become enmeshed in the criminal justice system move into a more productive life trajectory. In today’s system, does he, his family, or the authorities making the decision of where he will receive social services have access to ratings by other individuals in similar circumstances about the third-party nonprofits who offer the programs? Or can they access data about the programs’ success as determined by recidivism, educational, or employment outcomes? When the judge is considering referral to treatment in lieu of detention, can he or she get comprehensive information about the young adult involved—any school problems, learning disabilities, or family history? Can the probation officer working for the judge on placement for the young man find the success rate of the agency under consideration as it relates to similar individuals?

In the big picture, public sector environments such as the criminal justice system share common elements with the retail one: delivering a crucial product or service to a person who needs it. These systems are every bit as fragmented and even more complex than the one Amazon runs, yet with much greater consequences and substantially less data integration or analysis.

In the new O/S, the city’s role moves from owning data to gathering, curating, and coding it; from running an ad hoc and ill-informed system to overseeing a well-organized service network. By turning outward, the knowledge base of a city vastly expands from a limited, small set of metrics, mining and weaving together information from third parties, sensors in IoT networks, social media, resident information submitted by smartphone photos, and the products of machine-read documents.

This distributed system also uses that new collective knowledge to activate partners outside of government. In some respects, this notion builds on the theory of “network government” articulated in 2007 by Stephen Goldsmith and William D. Eggers in Governing by Network, which explained how best to manage the delivery of public services through networks of public, nonprofit, and private providers. In that model, government creates and leads intentional networks that include other parties to deliver a specific service, such as operating a park or combating joblessness. The role of the public sector changes in the distributed system to a more intangible one, organized less around the delivery of a service and more about setting roles and rules for conduct, quality, equity, and privacy. As stated by Jeremy Millard, “although government should mobilize its own resources and talent better, there is always more relevant talent outside any organization (including government) than inside.”

Taken together, the distributed system’s mix of information and actions from within and outside of city government is the very definition of doing more with more: more outreach to communities, residents, and partners like universities and local foundations, leading to more effective services that reach more individuals more responsively and with more legitimacy in how the services are delivered. Trust evolves from understanding and responsiveness. A traditional, closed, hierarchical City Hall appears indifferent to the needs and ideas of those it serves. The old truism holds: people won’t care how much you know until they know how much you care. By setting up a new system, both literally and figuratively, cities establish transparency, listen to community suggestions, and respond more quickly. That demonstrates concern, which in the end creates trust.

Here’s an example. Kansas City, Missouri, has set in motion a new orientation and culture of data-informed government that shifted funding and citywide priorities, due, in large part, to how the changes consistently engage citizens with elected and appointed officials. Kansas City provides one model of how cities can organize their processes in a way that supports and encourages distributed governance.

It all began with significant turnover in local government. The 2011 election brought both a new mayor to the city, Sly James, as well as several new council members. The officials took advantage of the moment to do something seemingly banal: working together to develop a five year, citywide business plan as a way to end the city’s recent history of charting a municipal course with year-by-year budgets with virtually no revenue growth. They reasoned that any long-range planning must be done with citizen input.

This twin focus on planning and citizen input led to a complete revision of the city’s policymaking and revenue allocation. The linchpin to the innovative approach was a longstanding quarterly community survey, coupled with citizen focus groups. Some cities engage in this kind of survey, but most do not work to integrate the responses into their strategic planning processes. Kansas City spent time getting it right, tailoring questions so they aligned with agency services and directly addressed citizen concerns. The city could depend on the responses it received since they represented almost a 50 percent response rate from the 9,000 distributed surveys.

This process led to new priorities and funding decisions. Citizens made it clear they would like a focus on community and neighborhood development, including issues like addressing local blight from the city’s large inventory of abandoned structures. Each year, the city would knock down some buildings, but barely enough to keep up with newly derelict buildings, leaving virtually no improvement in the neighborhood environment. In response to the priority, the city issued a $10 million bond to finance a plan to eliminate the backlog of dangerous buildings.

As part of the new strategic focus, Kansas City added a dashboard, KCStat (a CitiStat-like program), to publicly track citizen and agency priorities. The online dashboard provides information on high-need issues like crime and healthcare in an easy-to-understand format for any interested resident. The mayor, council, and city manager now hold monthly, open-to-the-public KCStat meetings where they assess progress and discuss new policy directions with an audience of citizens seated in front of them, using up-to-date graphs and maps.

This new data-infused culture is taking root. Citizens and even local TV stations are now accustomed to clicking on the dashboard website and Twitter feed of KCStat metrics to better understand local issues. This open participation in KCStat has helped change the orientation of Kansas City’s government from internal to external-oriented, creating a kind of distributed network of citizens, relevant agencies, and local media outlets.

In one telling example, a resident used KCStat data to argue against cutting code-enforcement officers, noting that the city’s own numbers showed that each inspector was responsible for more than 300 cases—well above the department’s own target of 200. The citizen made the point that fewer inspectors would lead to far less blight removal, one of the city’s stated priority areas. Officials reviewed the data, agreed with the analysis, and restored the positions. Another resident tweeted a critique of a chart visualization on KCStat, and the city followed up by bringing her in to teach a data visualization course for city workers.

“This has been an evolution,” says Kate Bender, the city’s performance manager. “We have created a positive data loop. We have a strategic plan, data around the plan, citizen involvement and the media reporting on our metrics. It is all reinforcing, and it is all focused on what is most important.”