Cities Need to Take the Lead on Climate, New Report Says – Next City 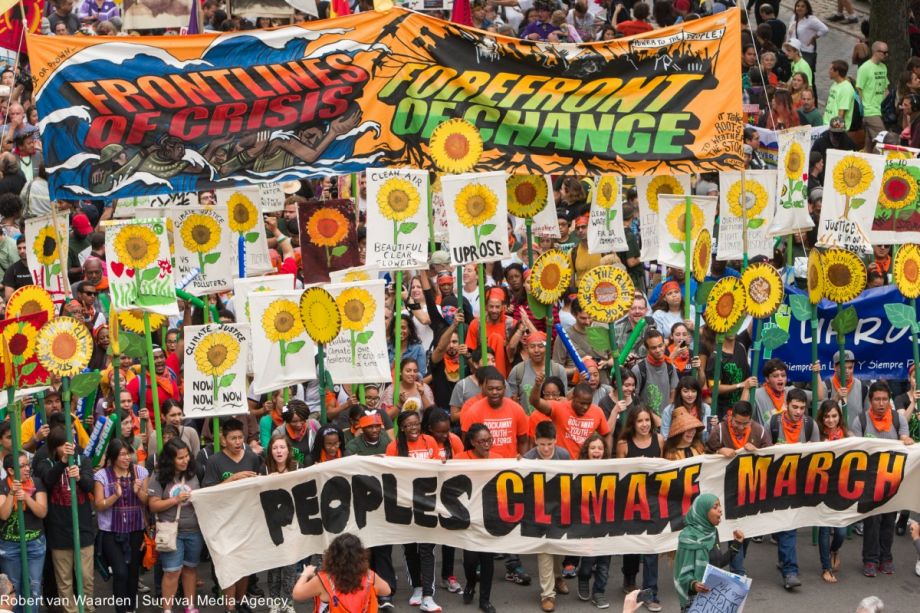 Without cities, the planet’s global warming will be unstoppable, a new report from the Global Covenant of Mayors says.

So the group convened 18 scientists from the United Nations’ Intergovernmental Panel on Climate Change (IPCC) Special Report on Global Warming of 1.5C, which in October said that the world is “completely off track” (BBC’s language) to translate the policy implications into things actionable for city leaders.

The October report said that the world must drastically cut emissions to avoid living in a future where climate change has wreaked havoc on our natural world, food supply, and disaster resilience.

Cities, the report says, will play a major role in whether the world makes it to that point. After all, cities already hold half the world’s population and are expected to hold two-thirds of the world population by 2050. Continuing with business-as-usual will lead to more sprawl and, ultimately, more greenhouse gas emissions in the first 30 years of the 21st century than has occurred in all of human history.

The transition to a low-carbon economy won’t be cheap. Lowering the carbon cost of energy — say, by switching to solar power — would cost about $2.4 trillion a year for the next 20 years, the report said.

Given, however, that economists have pegged the cost of inaction on climate change as 5 percent of global GDP, or about $4 trillion a year, the upfront costs of investing seem more palatable.

And cities have already, in many cases, taken the lead on climate. It was U.S. cities (and states) that first stepped up after President Trump announced the U.S. was withdrawing from the Paris Agreement. The C40 Cities Climate Leadership Group brings together 96 world cities to deliver on climate and clean-air goals. Washington, D.C. has switched 30 percent of its municipal electricity to wind, and Austin is at about 23 percent, CityLab reported last year. And more than a dozen U.S. cities have signed on to an RFI to potentially purchase 100,000 electric cars for city use. An order that big has the potential to shift markets.

As the IPCC report — and the new summary for city policymakers — makes clear, the time for action is now. “Unchecked, climate change will …undo much of the economic and social progress, albeit uneven, since the end of World War II and the formation of the United Nations,” the report says. Cities must act, and they must, the report says, act now.