U.S. Cities Are Looking for Alternatives to Cash Bail – Next City

U.S. Cities Are Looking for Alternatives to Cash Bail 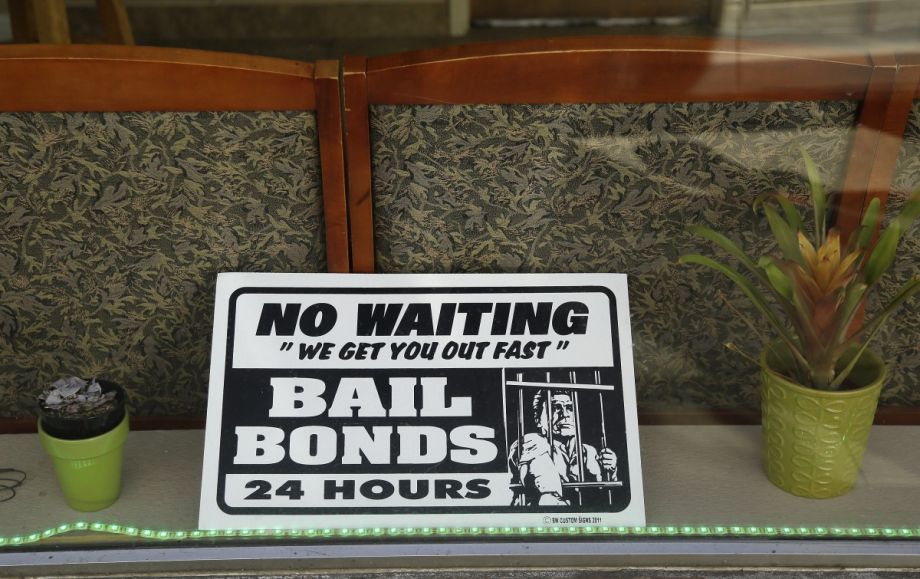 Congressional lawmakers and the Obama administration introduced separate efforts to abolish the practice of cash bail in the past month.

On March 14, the Department of Justice set its sights on what Attorney General Loretta Lynch calls the “consequences of the criminalization of poverty,” announcing a program that includes support for the National Task Force on Fines, Fees and Bail Practices (which was formed in February). The agency also penned an open letter to state court judges and administrators urging them to replace cash bail with pretrial detention models based on risk assessment — so that more low-risk offenders could await trial at home instead of in a city cell.

Three weeks earlier, Democrats introduced a House bill that would withhold DOJ grant dollars from states that use payment of money as a condition of pretrial release with respect to criminal cases. That means just about every state could potentially feel the sting. The “No Money Bail Act of 2016” is currently awaiting consideration by a subcommittee. It has the support of several prominent prison reform and social justice groups, and the National Association of Pretrial Services Agencies (NAPSA), which lobbies for evidence-based approaches to pretrial detention, has come out in favor of the legislation.

“Money bail inherently discriminates against the poor and removes the decision about actual release from custody from the court to profit-motivated entities,” says Penny Stinson, NAPSA’s president. “Most troubling is the lack of relationship between a defendant’s ability to post a monetary bond and their reliability to return to court or threat to community safety.”

Indeed, while taxpayers spend an estimated $10 billion a year to incarcerate Americans who have yet to be found guilty of a crime, they appear to be getting a low return on their investment. A study from the Laura and John Arnold Foundation (LJAF) shows that nearly half of the highest-risk defendants are released pending trial while low-risk, non-violent defendants are frequently detained.

The new push from Washington to reduce the use of cash bail is fitting since the nation’s capital was the first jurisdiction — and remains one of the only — to eliminate monetary bail, more than two decades ago. It’s also critical to the goal of reining in America’s runaway incarceration rate.

Ninety-five percent of jail growth since 2000 is attributed to an increase in pretrial detainees, according to the Department of Justice. Depending on the jurisdiction, between 60 and 90 percent of the roughly 745,000 inmates in county jail at any given time are pretrial detainees who can’t make bail. Most are accused of relatively minor, non-violent offenses that would require a cash payment of under $500 (10 percent of $5,000 bail) to secure release.

These defendants face disruptions in employment and family obligations, and are more likely to be found guilty — or accept guilty pleas — than those released on bail.

Cherise Fanno Burdeen, executive director of the Pretrial Justice Institute, says this actually increases the likelihood they will re-offend.

“In addition to upending the lives of unconvicted individuals, detention turns low-risk defendants into high-risk defendants, making us all less safe,” she says.

The Pretrial Justice Institute (PJI) was created in 1977 as an offshoot of NAPSA to provide training and technical assistance for jurisdictions that wished to create pretrial services programs, such as risk assessment. Washington, D.C.’s ability to end monetary bail was made possible by a robust and well-funded pretrial services program. Nearly 88 percent of defendants there are released non-financially, and the vast majority make their court dates. In October, PJI launched a campaign called 3DaysCount with the goal of influencing statutory changes in at least 20 states by the end of the decade.

This isn’t the first nationwide push to reform the bail system.

In 1961, the Vera Institute of Justice’s inaugural program, the Manhattan Bail Project, exposed the inequities of the cash bail system and proved that evidence-based alternatives to bail work. That inspired the Bail Reform Act of 1966, which called for judges to apply the “least restrictive means” to secure a defendant’s presence at trial.

The law helped mitigate some of the greatest problems with cash bail, including overt racism. But Shima Baradaran Baughman, a professor of law at the University of Utah who specializes in pretrial detention, says the law was something of a double-edged sword.

The Eighth Amendment to the Constitution prohibits “excessive bail,” and that has historically been interpreted to mean bail can only be used to ensure a defendant’s appearance at trial. In attempting to ensure monetary bail was applied fairly through codification, Baughman says, the Bail Reform Act actually expanded the number of risk categories for pre-trial detainment.

“Until about the 1960s, judges were really hesitant to impose monetary bail because there was this strong presumption of innocence and there was a hesitancy to put someone in jail that hadn’t been convicted yet,” she says. “With bail reform, what people were trying to do was to make a more methodological system, but what they wound up doing was creating a lot of factors that judges must look at to see if you’re eligible for release.”

Eligibility hinged on a number of new factors beyond risk of flight, including the nature of the offense, weight of the evidence, and family, community, and financial ties.

This was expanded under the Bail Reform Act of 1984, which requires courts to consider public safety in their pretrial release decisions. Critics say the law effectively authorizes the use of preventive detention to detain people for crimes they might commit in the future.

“Now, judges are basically deciding their guilt right there in the bail hearing,” says Baughman, who has a forthcoming book on the impact of bail reform on mass incarceration.

Last year, following a DOJ official’s finding that Maine’s 15 jails are in a “terminal” state of disrepair, the state’s chief justice announced the creation of a Task Force on Pretrial Justice Reform to explore ways of alleviating bail requirements on non-violent offenders. And in San Francisco, a lawsuit filed by reform advocates could force the city to remove cash bail as an option.

The MacArthur Foundation has awarded grants to 20 municipalities to begin exploring alternatives to jail. (MacArthur provides funding to Next City.) One of the grantees is Philadelphia, where newly elected Mayor Jim Kenney has said he will use the funds to launch a bail reform effort.

Improving risk assessment will be critical to bail reform efforts, proponents say. Since 2012, there have been 18 laws passed governing the use of risk assessment tools to determine a defendant’s suitability for release. Yet there is no overarching national model for courts to follow.

The National Association of Pretrial Services Agencies publishes standards for conducting pretrial risk assessments. It calls for policies that favor release on a defendant’s own recognizance, and the use of secure detention only in very limited circumstances and with stringent criteria. These include the nature of the offense and whether a defendant was on probation or parole at the time it was allegedly committed. The Laura and John Arnold Foundation is working to develop a national standard for pretrial risk assessment.

Baughman sees potential in modern, evidence-based risk assessment to replace cash bail, and says technology such as GPS monitoring has a role to play. But she says the best way to limit the use of cash bail is ultimately to arrest fewer people.

“It’s police that can do a lot, especially in places with strong pretrial service programs,” she says. “They tend to not arrest people when there are alternatives.”