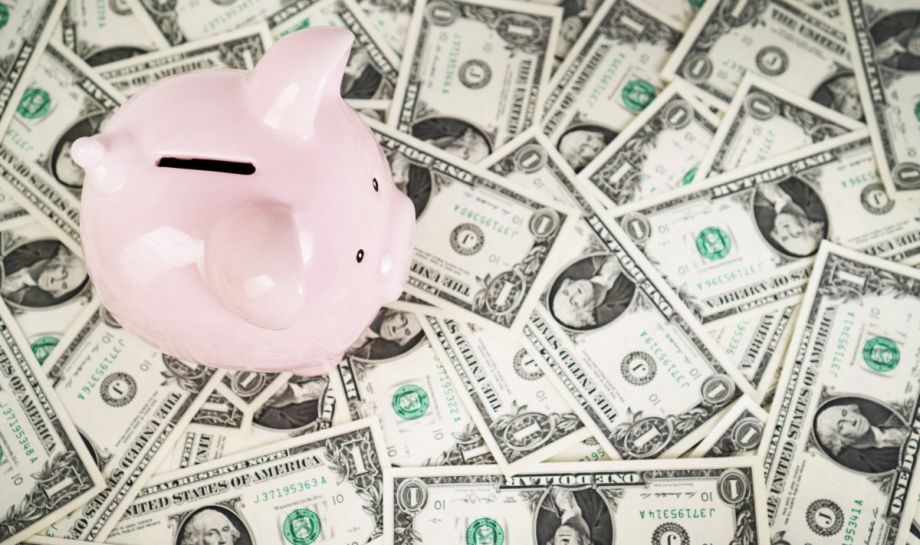 Aureliz Estrella has found it difficult to accumulate a cushion of savings over the years, much less start setting aside college money for her young twins. When she’s had savings accounts, she says, inevitably money has had to be pulled back out for short-term expenses.

Now, her son Lauritz and her daughter Sofia, second-graders at the Martin Luther King Jr. K–8 School in Boston’s Dorchester neighborhood, both have savings accounts earmarked for college or career training. Their savings began in kindergarten with $50 in seed money from Boston Saves, a city program first piloted in 2016 that expanded this year to provide every entering Boston Public Schools kindergartner a savings account to help kickstart families’ planning and saving for their children’s future.

“It’s not a large amount of money, but I feel like it’s made me more open to saving money for my kids’ college,” Estrella says. “It’s not something I can touch to pay bills. It’s for my kids and school.”

Children’s savings account programs created and seeded by municipal or state governments as a tool to help remove barriers to saving for college are gaining steam across the U.S., according to Prosperity Now (formerly CFED), a national nonprofit focused on building financial stability. At the end of 2018, 65 programs in 34 states and D.C. served 457,000 children—a 20 percent rise over the year before. While data for 2019 hasn’t been released yet, a report due out this spring will show that number has grown to over 700,000, says Shira Markoff, director of Prosperity Now’s children’s savings team.

The idea is simple and the actual money modest: Most programs seed children’s accounts with an initial $50 to $100 and offer incentives such as savings matches to help the funds grow. The funds can be used only toward college, community college or technical/vocational training.

Katie Sullivan, Boston Saves interim program manager, says that children can accumulate at least $1,895 by the end of high school using the city’s current incentives, which include quarterly $5 bonuses for every $25 the family puts into a linked account and for logging family reading activity.

“While we realize it’s small, what we really want to do is get families to start thinking about college and start thinking about their kids’ future,” Sullivan says. “It’s changing to a mindset that post-secondary education is possible, and the mayor and city are behind you and support you.”

Research suggests that a little targeted saving can have an outsize impact. Many children’s savings programs cite a 2013 study showing that even a small accumulation — less than $500 — of college savings by the end of high school dramatically improved the odds of college attendance and college graduation for children of low- and moderate-income families.

With 72 percent; of Boston Public Schools students considered economically disadvantaged, leveling the playing field for their future prospects is a key challenge for the city. In addition, with a BPS student population more than three-quarters black or Latino, increasing early savings could help chip away at Boston’s oft-cited severe racial wealth gap.

Some programs, such as Pennsylvania’s Keystone Scholars and other statewide programs, open the accounts at birth. Others time the accounts with kindergarten entry. For cities, linking up with the school system makes it easier to engage and track families and provides natural opportunities for outreach at school events. In addition, schools can play a vital partner role by integrating financial literacy into math and other curricula.

In Boston, the initial pilot serving 1,600 students in 11 schools was supported by $800,000 in funding from the Eos Foundation, the city and other funders. Today, the city budgets roughly $1.4 million for staff and resources, including the seed money and incentives, and other costs are covered by foundations, private donors and banks, according to Trinh Nguyen, director of Boston’s Mayor’s Office of Workforce Development, which houses the Boston Saves program.

“It’s a cost-effective program to get people talking about career training and further education,” Nguyen says. “It’s a preventive measure.”

Nguyen says when designing Boston Saves, her team looked for models in existing city programs, including College Kids and San Francisco’s Kindergarten to College (K2C) program. In operation since 2011, K2C was the first to offer automatic savings accounts to all kindergartners and now has more than 42,000 children’s accounts in place.

While most programs are tied to a 529 college savings plan or custodial bank sponsor with the city as the trust and the child as beneficiary, Boston’s uses a hybrid model that allows families to link any type of account, including personal checking or savings, to their children’s city-held account. Families without bank accounts or those unable to provide a Social Security number, such as undocumented immigrants, can still choose to have the city open a custodial account.

Molly Cohen, acting policy director in San Francisco’s Office of the Treasurer & Tax Collector, emphasizes that whatever the model, a key success factor is making the accounts readily accessible.

“You have got to make it easy for parents or others to deposit money, in ways that are most easy for them,” she says. “[With K2C] they can do direct deposit, by mail, in person at the bank. And cash is really important for many of our families, who may not be banked otherwise.”

Will savings accounts propel more kids into college and career training? It’s too soon to tell. Nine years in, K2C is just starting to navigate the shift from serving young children to serving high school students grappling with PSATs and post-high school plans.

Boston Saves plans to launch a formal program evaluation this year, aiming to measure short- and long-term outcomes such as participating family satisfaction levels, effects of Boston Saves on families’ savings patterns and expectations for future education, and any variation of impact among demographic categories.

Perhaps because universal automatic children’s savings programs require so little initial effort by parents, a real challenge lies in reaching families and getting them to move forward with saving. In San Francisco, K2C holds art and poetry contests and “bank days” on which volunteers assist families in making their first deposits at the bank — yet only about one-fifth of the families, around 8,000, have engaged with the program.

Boston Saves, which expanded last fall to every kindergartner, launched a new online portal last month to encourage and reward additional saving and make it easier for families to track progress. Over 9 percent of the 4,000 new families have logged onto the portal so far and about 2 percent have linked accounts. Five in-school events have been held to introduce the portal, a one-stop shop where families can link accounts, view their combined savings, earn incentives, and receive messages and updates.

“I know many family members that have never set foot in their children’s schools, but they do go to their WIC appointments,” she says.

As for Estrella’s twins, they have little awareness yet of their growing college savings, but they do have dreams: Sofia wants to be a “mermaid doctor,” while Lauritz envisions being a teacher or an architect, their mother says. Whichever way their aspirations evolve, a pot of money waiting at graduation could help keep their eyes on the prize.

“I let other parents know it’s not going to pay for whole college, but it’ll ease the pain,” Estrella says. “And it’s a comfort thing. Some kids feel, ‘What’s the point? It’s too expensive, it’ll be a burden to my family.’ But if they have this as a stepping stone, it seems easier. If your kids know there is some money saved for college, they might be more willing to apply.”