In D.C. Neighborhood, One Kid’s Book for Every 830 Children – Next City

In D.C. Neighborhood, One Kid’s Book for Every 830 Children 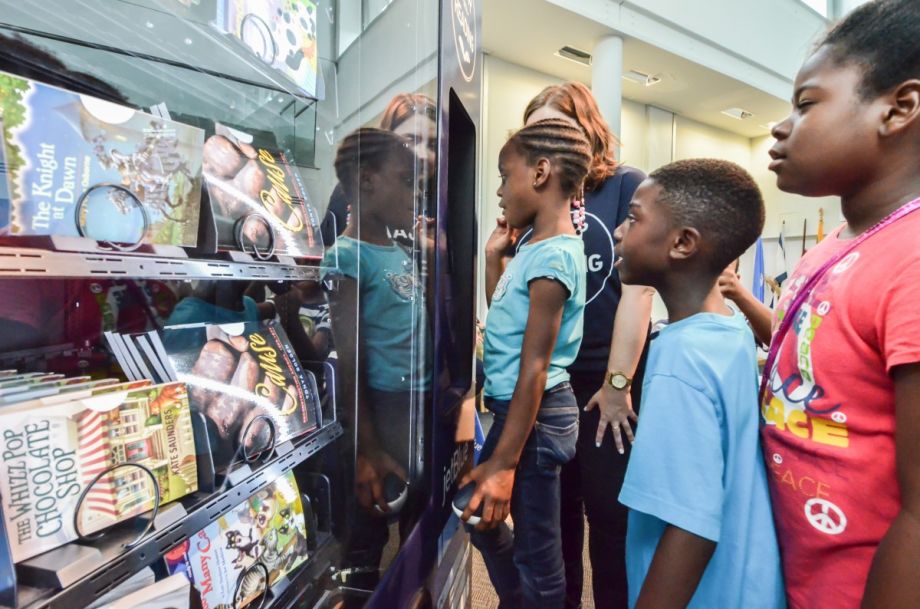 The recent NYU study, published in the journal Urban Education, compares the availability of children’s books in one high-poverty neighborhood and one “borderline” neighborhood in six U.S. cities. In D.C., Detroit and Los Angeles, they surveyed one neighborhood with a poverty rate of 40 percent or above and another with a poverty rate between 18 and 40 percent. Researchers went street to street in each neighborhood, counting the number and types of print resources available for purchase, from books to magazines to newspapers. In total, they counted 82,389 resources in 75 stores. In three of the six neighborhoods, they found no bookstores at all. Dollar stores were the most common place to buy children’s books. (Three of four children’s books are still bought in shops, not online.)

In each city, researchers found that the borderline communities had on average 16 times more books per child than the high-poverty neighborhoods in the same city. D.C. had the largest divide: In Anacostia, 830 children would need to share a book, while only two would share in Capitol Hill. In Detroit, 42 children in Hamtramck would need to share a book; eleven would in the borderline University District.

“Children’s books are hard to come by in high-poverty neighborhoods. These ‘book deserts’ may seriously constrain young children’s opportunities to come to school ready to learn,” said Susan B. Neuman, professor of childhood and literacy education at NYU Steinhardt and the study’s lead author. “Without resources, school readiness skills accumulated throughout the year are likely to drop precipitously during the summer. This ‘summer slide’ is a serious issue for children in poor and borderline communities, and having limited access to books may have serious consequences.”

JetBlue funded the NYU study. The NYC-headquartered airline has funneled $1.75 million in book donations to kids in many U.S. cities through its “Soar with Reading” initiative. Last year, the program introduced (free) book vending machines to Anacostia and dispensed 27,000 books. The vending project started its second year at the beginning of July.