Can New Orleans Take Money Bail Out of the Criminal Justice Equation? – Next City

Can New Orleans Take Money Bail Out of the Criminal Justice Equation? 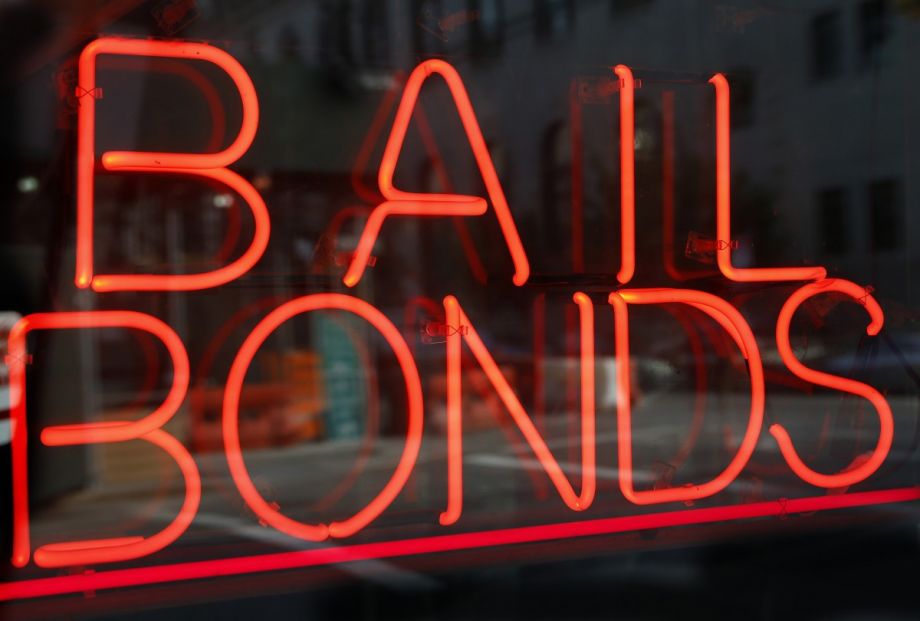 In 2017, the New Orleans Criminal District Court received a quarter of its operating budget from “user fees” applied to defendants. These fees can include charges for being found guilty as well as fees attached to bail bonds. The sheriff’s office, the public defender’s office, the District Attorney, and the Clerk of Court also benefit financially from these fees.

Two federal court rulings have found judges in New Orleans have a conflict of interest when ruling on cases because the court benefits financially from their decisions. These decisions state “the current practice violates the civil rights of people each and every day,” says Jon Wool, director of the Vera Institute of Justice’s New Orleans office. The system essentially offers a financial incentive to criminalize people.

And in New Orleans, where people are incarcerated at a rate 30 percent higher than the national average, those who suffer most from this system are black.

A 2017 report from the Vera Institute found that eight out of ten people in New Orleans’ jail are black, yet African-Americans account for just under 60 percent of the city’s population. The same report noted that in 2015, on an average day, three out of ten jail beds were occupied by people who couldn’t afford to post bail. With the help of a grant from the MacArthur Foundation, a broad coalition has been pushing to reform the city’s criminal justice system.

Now, Vera has released a new report, Paid in Full: A Plan to End Money Injustice in New Orleans, which lays out a roadmap for dramatically reducing the role money bail (also called cash bail) plays in the city.

According to the report, New Orleans residents paid $6.8 million in 2017 to cover bail, along with $1.9 million in conviction fees. Conviction fees are what they sound like — a charge for being found guilty — which is added to whatever fines might be imposed for the crime itself. 88 percent of money paid for bail comes from black families. These charges siphon resources from African-American families in New Orleans, who earn one of the lowest median incomes in the United States: $29,296 in 2016 compared to nearly $49,000 for white families.

“I think people talk a lot about the risk of release, but we don’t talk about the risk of detention. And both are equally damaging and expensive to our community,” says Shelbi Flynn, the mayor’s Project Director for the MacArthur Safety and Justice Challenge. MacArthur has donated $3.5 million towards criminal justice reform efforts in New Orleans since 2016.

New Orleans would join a number of other jurisdictions reforming bail. Earlier this year, New York eliminated bail for misdemeanors and non-violent felonies. New Jersey revamped its system in 2017, and a recent study found that the number of crimes committed by those released pre-trial has remained steady, in spite of nearly eliminating bail.

The Association of Louisiana Bail Underwriters did not respond to requests for an interview.

Matthew Dennis is a longtime bondsman in New Orleans who has railed against the Vera Institute and its efforts to cut the use of money bail. “The claim they are removing money from the process is false,” Dennis, who believes Vera is enriching itself with government money, told Next City via email. “They are simply smashing a private industry so as to allow their taxpayer-funded monopolies to grow.”

Dennis also points to the 2013 Mother’s Day Parade shooting in which 19 people were injured by a shooter who had been released pending trial as evidence that the pretrial release program makes the city less safe.

Wool, of Vera, points out that 65 percent of those being considered for pretrial detention purchase their freedom by paying bail. This, he says, demonstrates the “extraordinary extent to which the lack of money remains to be the main reason we lock people up and not public safety.”

Dayna Andry, 41, is black and a native New Orleanian. The mother of three children, ages 11, 13 and 25, Andry completed an online master’s program in business administration in 2018. She has been working with Operation Restoration, a nonprofit that helps women re-enter society after incarceration, since around the time she graduated with her MBA.

“What really, really made me want to be part of change was that I had all these advanced degrees and nobody would hire me because of my criminal background,” Andry says. She was first arrested when she was 17, and spent the bulk of her 20s in jail for what she describes as minor charges, such as theft.

Still, Andry says she was lucky because her bonds were never “astronomical.”

“It definitely creates a lot of financial burden and strain,” Andry says. “I think sometimes when people are in jail and families are trying to get them out, and the bail bondsman presents them with a payment plan of sorts, people accept that because they just want to get the family member out. And then you just end up with this bill every month. And that’s just people who are lucky enough to be able to afford the down payment,” she says. On one occasion, Andry says, her family paid a bond to secure her release. She was then responsible for making the payments.

“Depending on the length of that arrangement, sometimes interest and other fees are added,” she explains. “So, then you get to a point where you have to take money that would have gone for other bills and you have to pay the balance with the bail bondsman.” This, Andry says, can end up pushing people back into crime.

Retired New Orleans Criminal Court Judge Calvin Johnson recognizes that bringing about the change Vera and its allies are calling for requires political will. Local judges, he says, who are elected, will consider how the public will perceive their position on the bail issue.

Johnson also acknowledges that state law requires bail for certain crimes, but says there is room for judges to use their discretion when setting bail and that he supports creating a more equitable system “working within the confines of what the law is.”

As the push to eliminate money bail and New Orleans’ criminal-justice inequities, Johnson points to the fact that the city has decreased its jail population from nearly 7,000 people 14 years ago to roughly 1,300 currently. Earlier this year, the MacArthur Foundation awarded the city $2 million to reduce the population by an additional 20 percent. Still, Johnson says, “we have to be sure that there aren’t people who are in jail because of money.”

Grassroots efforts such as New Orleans’ “Freedom Fund,” which was created to post bail for low-income individuals, suggest that there is public support for the deep reforms Vera and its allies seek. Wool says that initiative also offers a model that other jurisdictions can replicate and that can pay for itself because it would dramatically reduce the amount of money spent on caring for those in custody.

According to the Past Due report, New Orleans spent $6.4 million in 2015 to jail people who couldn’t afford bail, while it took in $4.5 million from conviction fees and bail fees. The Vera Institute estimates that the city could save between $3.7 and $8.3 million annually by decreasing its jail population.

“That’s what’s one of the most exciting things about this plan, is that it can pay for itself and then some,” Wool says.

EDITOR’S NOTE: This story has been updated to correct the spelling of Dayna Andry’s first name.