Campaign Unveils Hidden History of Slavery in California – Next City 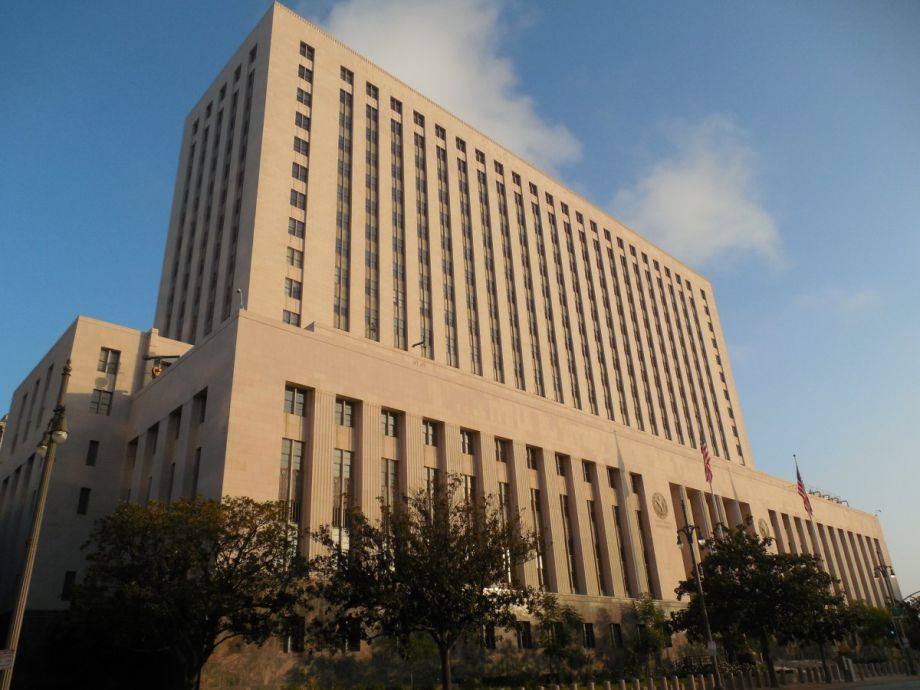 Where the U.S. Federal Courthouse stands now in Los Angeles was once the site of a market where Native Americans' labor was sold in a system the ACLU has called “slavery by another name.” (Photo by Jimmy Emerson, DVM / CC BY-NC-ND 2.0)

The California gold rush is a history embedded into the nation’s consciousness. Considered by many historians to be the most significant event of the first half of the nineteenth century, it is a story about incredible wealth, about mass migration to the western coast, and setting the foundation for what would become one of the world’s most powerful economies.

Rarely told are stories like this: Following the 1852 passage of California’s Fugitive Slave Law, three formerly enslaved black men who built a lucrative mining supply business were stripped of their freedom and deported to Mississippi to re-enter enslavement.

The Fugitive Slave Law decreed any person brought to California pre-statehood as a slave would be considered a slave in the eyes of the law, even though the California constitution banned slavery and the state entered the Union as a “free state” under the Compromise of 1850. For the 2,000 enslaved people brought into the state during the Gold Rush and granted freedom in 1850, the law passed two years later put their lives in jeopardy.

The role of slaves in the Gold Rush — and the ways slaves and free black people were systematically excluded from the resulting wealth by laws and court rulings — does not make it into most U.S. history books. But it is a central narrative of Gold Chains: The Hidden History of Slavery in California, a public education campaign launched by the ACLU of Northern California late last year.

“This isn’t a history that is sometimes glossed over, it is always glossed over,” says Candice Francis, the communications director for ACLU NorCal, who led the initiative. “It’s not taught in schools, it is really not known.”

Gold Chains is the result of Francis’ goal to launch once-a-year education campaigns that amplify the legal and policy work of the ACLU. In 2017 ACLU NorCal launched the Muslim Ban Timeline, which outlined the history leading to Trump’s executive order suspending U.S. entry for certain Muslim-majority countries. In 2018, the organization celebrated the 150th anniversary of the 14th Amendment with #Powerthe14th, a campaign centering the fight for equal citizenship.

In 2019, Francis sought to build a campaign around the 400th anniversary of the first enslaved people from West Africa arriving to North America. An early partnership with the California Historical Society revealed how much of that history lived in California, though it was continually left out of the state’s historical narrative.

“There are historical materials in California and elsewhere that document what we’re talking about,” explains Susan Anderson, director of public programs for the California Historical Society who is working on a book about African-American history in California. “As someone writing about California’s African-American past, I’m looking at these historical materials [of slavery] and realizing past historians saw they same things I did, but decided to leave them out of their works.”

It was a partnership between four organizations — ACLU NorCal; KQED, a public radio station owned by Northern California Public Broadcasting; the California Historical Society and Oakland-based Equal Justice Society — that would help bring California’s history of slavery to light.

The team worked this spring until fall to figure out how to collaboratively reveal the history. California Historical Society provided historical guidance while ACLU NorCal led research and tied the history to current-day legal fights around race and equity. KQED came on as a media partner, planning to use the research to create programs and conversations with the public. Equal Justice Society had initiated its own Remembering 1619 campaign and brought that work into Gold Chains.

This history, the group found, thoroughly undermined the state’s liberal, innovative and progressive identity. Gold Chains officially launched in November as a multimedia website with narratives, public records, archival materials and images capturing a “bleak and brutal” state past.

In the 1700s, Europeans enslaved California’s Native population while seizing land, raping women, infesting tribes with disease and force-feeding Catholicism. The 1800s Gold Rush era used slave labor while again forcing Native people off their land. And despite California becoming a “free state” in the Union, the courts, laws and culture upheld white supremacy in a myriad of ways.

Francis was surprised to learn that Peter Hardeman Burnett, the first elected governor of California, was a former slaveholder from Tennessee with a passion to create a whites-only American West. During his term he passed laws that excluded African Americans from the state and enabled white people to force Native people from their lands into indentured servitude.

Readers of Gold Chains may also be surprised to learn that in the mid-19th century, a stretch of Main Street in downtown Los Angeles was a flourishing slave market, where Native Californians’ labor was sold in auctions thanks to a state law called the “Act for the Government and Protection of Indians.” ACLU NorCal called the system “slavery by another name.”

In contrast to the horrors of slavery, the team highlighted the fight for due process and citizenship rights. A medicine woman of the Tongva nation, for example, helped lead a rebellion against Spanish missionaries who invaded her homeland of current-day Los Angeles in the late 1700s. There’s also the history of Bridget “Biddy” Mason, who was born enslaved in Georgia and walked more than 2,000 miles to California where she eventually won freedom in a landmark 1856 court case. In 1855, the first Colored Convention of California mobilized people around the abolishment of slavery, voting rights for black men, and the repeal of laws that made it illegal for black and Native Californians to testify in court against whites.

Francis calls these “hard fought battles” that resonate in California today. “We try to show on the site that there are things that happened in our history that we can see the manifestation of today.” She points to the fight for equal education for black students in the Central Valley. “The ACLU has had case after case in the Central Valley against schools trying all sorts of ways to silence the voices of black kids.”

Gold Chains will continue an active public education campaign through 2020, with stories from the project being featured on KQED’s The California Report through March and a showcase of the history at the Night of Ideas in San Francisco on February 1.

Though Francis does hope to take on a new public education campaign in the new year, the goal is to continue releasing historic content onto the Gold Chains website and partner with educators to get it into classrooms.

“Every state in the United States has a story to tell vis-a-vis its relationship to the system of slavery,” says Anderson. “We have this huge opportunity to uncover the story in California, and at least encourage people to think about it, learn about it and dig up their own information about it.”