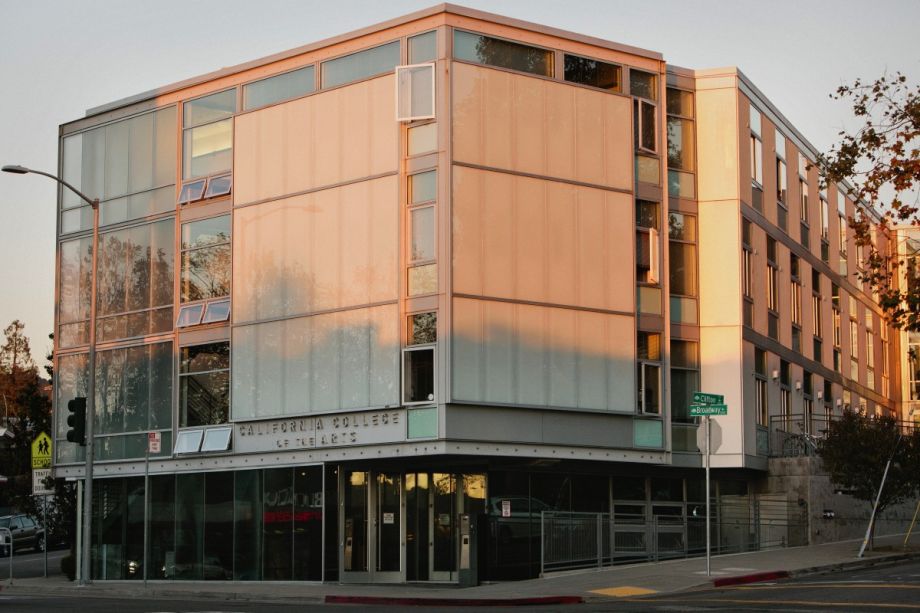 Oakland received money from Project Homekey, a California initiative, to purchase this vacant dorm and create 63 units for seniors and families. (Photo courtesy California College of the Arts)

At the end of March, when the severity of the coronavirus pandemic was just beginning to become plain, the Oakland City Council passed an emergency resolution asking the city “to acquire buildings, facilities, and supplies for the provision of aide [sic] and housing to the homeless residents to prevent the spread of COVID-19 in homeless communities.”

There were around 1,500 cases of COVID-19 in the whole state of California at the time. Now, the state has seen almost 800,000 cases, and more than 15,000 Californians have died from COVID-19. But, partly because of the early urgency to find housing in hotel rooms for some people experiencing homelessness, COVID-19 deaths among homeless communities in many cities have been lower than some once feared. And communities like Oakland are turning to a state program that is designed to establish thousands of new housing units for people experiencing homeless by the end of the year. The program, called Project Homekey, was announced by California Governor Gavin Newsom in June, and involves administering $600 million in state and federal emergency funds to buy hotels and establish permanent housing facilities for people experiencing homelessness. So far, the program is helping to create housing units at a third of the cost of building new.

“The terrible pandemic we’re facing has given us a once-in-a-lifetime opportunity to buy all these vacant properties, and we’re using federal stimulus money to do it,” Newsom said at the announcement in June. “Hand in hand with our county partners, we are on the precipice of the most meaningful expansion of homeless housing in decades.”

The program grew out of Project Roomkey, the state’s effort to provide hotel rooms for unsheltered people during the COVID-19 outbreak. It’s designed to take advantage of the fact that hotel stays have plummeted during the pandemic, giving owners a much greater incentive to sell. It combines $550 million of federal CARES Act money with $50 million from California’s general fund. Cities and counties are able to apply for funding to buy buildings that can be used permanently to serve families experiencing homelessness in various ways, and all the money has to be spent by the end of the year. The state began issuing awards this month.

The City of Oakland submitted four applications, says Shola Olatoye, the city’s director of housing and community development. Last week, the city received funding for two of them. The $20 million grant will allow the city to purchase a vacant dormitory building owned by California College of the Arts to create 63 units for seniors and families, and, working with the nonprofit Bay Area Community Services, create another 100 units for people experiencing homelessness at scattered sites around the city. The 163 new units don’t match the scale of homelessness in Oakland, but Olatoye says the Project Homekey funding is a chance to make a dent in the city’s housing shortage, and it was only possible because of federal funding and the planning work the city did prior to the program being announced.

“While we as a city do not currently have enough resources to build new units to address the 4,700 souls that sleep on the street every night, I think these two projects represent the possibility of what this city can do when it aligns its policy, its resources, and its program,” Olatoye says. “We do not have to be an example of homeless and housing policy gone bad.”

The first two rounds of Project Homekey awards, both announced this month, account for some $312 million to provide 2,389 units around the state. That’s around $130,000 per unit, well below the average cost for new construction in California, which has surpassed $400,000 a unit, according to the Terner Center for Housing Innovation at UC Berkeley.

One of the first-round awardees was Contra Costa County, which received $21 million to acquire a 174-room motel in the city of Pittsburg, where Newsom first announced Project Homekey. Aside from that facility, there are only around 20 shelter beds for the 500-some people experiencing homelessness in the eastern part of the county, says Lavonna Martin, the county’s director of health, housing and homeless services. The county plans to acquire the building and use it permanently as interim housing for people experiencing homelessness, Martin says. Once the negotiation for purchasing the property is complete, there “aren’t a tremendous amount of modifications that need to take place,” she says.

“The wonderful thing about hotel rooms and non-congregate settings is that you have the flexibility to serve individuals, couples, and different family configurations,” Martin says. “It’s not unique in that it’s a hotel, but it’s unique in that it’s exactly where we need the resources right now in our community.”

Earlier in the summer, as part of a series called “Housing Justice in the Time of COVID-19,” the Luskin Institute for Inequality and Democracy at UCLA issued a report calling for cities like Los Angeles to expand on Project Roomkey by permanently acquiring hotels to establish affordable housing, using eminent domain if necessary. Gary Blasi, a professor of law emeritus at UCLA School of Law who co-authored the report, says that Project Homekey is the right use of emergency government funds.

“If you gave me half a billion and asked me to spend it by the end of the year, I can’t imagine any other potentially workable solution that could accomplish getting so many units online in relatively short order,” Blasi says.

Some nonprofit groups have already experimented with converting old hotels and motels into housing for unsheltered people, Blasi says, and it’s been clear for a while such a strategy could be scaled up with more funding.

“I think the difference here is the urgency that’s caused, ironically, not so much by the suffering of the people on the streets as the deadline on the money,” Blasi says. “It suggests to me that if you want to accomplish something on an urgent basis, this is the way to go.”

Under Project Homekey, cities and counties are having to make deals so quickly that it may turn out that the terms of some of the acquisitions aren’t as optimal as they might be under other circumstances, Blasi says. But it’s also true that owners have more incentive to sell, because the pandemic has ruined the business model for so many of them. And it’s better to get any amount of good new housing online than “the usual pace of ‘Let’s study the situation for another year or two,’” Blasi says. Meanwhile, the recession is likely to push even more families into homelessness over the next year. And other cities and states should consider making their emergency use of hotels permanent where possible, Blasi says.

“There’s a stock of this short-term housing that the economy is going to change the demand for and the pandemic is going to change the demand for,” Blasi says. “So in terms of quick acquisitions that can be stood up and made available in a short time frame, it’s worth exploring anywhere in the country, particularly for those … properties that are basically working-class motels that have direct access to the outdoors. Those are going to be safer long-term, and anything that’s two stories and doesn’t require getting on an elevator is going to make a lot of sense.”

If all of the Project Homekey money is deployed to acquire housing at an average of $130,000 per unit, it will create around 4,600 new units for people experiencing homelessness. That’s housing for just around 3 percent of the state’s homeless population — far less than what’s needed, but still a substantial infusion of housing in a short period of time, advocates say. And it wouldn’t be possible without federal funds.

“We can do this, but we can’t do it alone,” says Olatoye. “I think that’s what Homekey really highlights, is that we need a public partner. We need the state and we need the feds to help execute on this, We know what works. Give us the resources and we will execute on this.”