California Rooftop Solar Power Doubled in 2013, With Policy Battles on the Horizon for 2014 – Next City

California Rooftop Solar Power Doubled in 2013, With Policy Battles on the Horizon for 2014 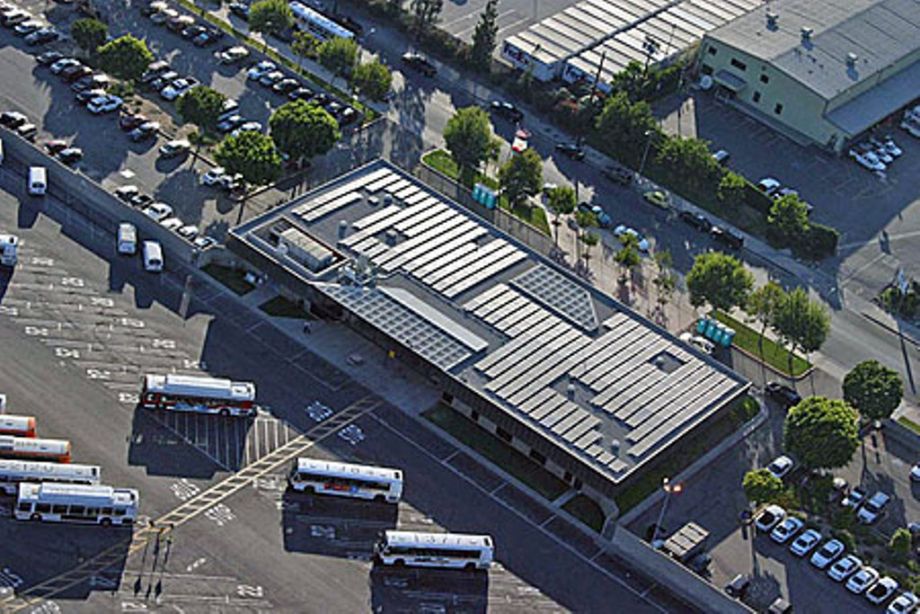 California is booming with solar power. Rooftop installations especially grew like gangbusters in 2013, more than doubling throughout the year. The state hit 1 gigawatt of rooftop solar power capacity early in the year, a number that’s since grown to 1,917 megawatts — and that’s before taking into account installations by customers of the state’s largest utility, Pacific Gas & Electric. Actual electricity generated from solar panels hit 3 gigawatts last week, taking into account the utility-scale installations as well as panels on the roofs of individual homes and businesses. (Total solar installed capacity exceeds 4 gigawatts.)

Bernadette Del Chiaro, executive director of the California Solar Energy Industries Association, sees more success on the horizon. As she writes in an industry publication:

If California continues to grow its rooftop solar market at its 2013 pace, the state may very well top 5,000 MW in 2014 — far exceeding the goals of the Million Solar Roofs Initiative, which aimed to install 3,000 MW of rooftop solar by the end of 2016.

With all this growth, the industry — and especially the rooftop solar sector — faces a number of challenges in the state. The biggest task in 2014 will be the implementation of AB 327, a bill passed by the California legislature and signed into law in October. A monster of an energy bill, AB 327 did a number of things, from allowing time-of-use electricity pricing (by 2018, at least) to asking utilities to hike rates for temperate, coastal regions and reduce them in power-hungry inland areas.

But the most relevant provision for rooftop solar users is that regarding net metering. This refers to a system by which power bills can actually run backward during times when solar users produce more power than they consume, by essentially selling that electricity back into the grid, reversing the normal utility-to-customer flow.

Originally, the bill contained language that could have ended net metering entirely. This would have pleased utility companies, who argue that as currently structured, net metering allows rooftop solar users to get out of paying for physical infrastructure — the grid and wires to their homes — that companies must maintain even if customers generate more power than they use.

After some revision, though, the bill became more palatable to solar advocates. Among other things, it removed the cap on net metering, or how much energy users could be paid to feed back into the system. It still directs the California Public Utilities Commission to rewrite the rules on net metering, setting up a battle that will play out in 2014 and beyond between solar advocates and traditional utilities.

Already the debate is happening in other states. In Arizona, for example, one utility wanted to charge solar panel users between $50 and $100 per month for the right to feed energy back into the grid. (It was eventually allowed to levy a fixed charge of just $0.70 per installed kilowatt, or about a tenth of what it had sought.) Georgia Power wanted regulators to approve a fee of around $22 a month to pay for the fixed costs of its infrastructure, but eventually dropped the request entirely.

In California, though, don’t expect the utilities to give up so easily. Solar usage rates there are much higher than in Georgia, coming closer to Arizona’s levels. This means the fiscal impact of rooftop solar on utilities’ finances — dire, according to some observers and many utilities themselves, or negligible to even positive, according to solar backers — will be heightened, as will the ensuing political battle.