Op-Ed: Bridging the Green Divide in Portland – Next City 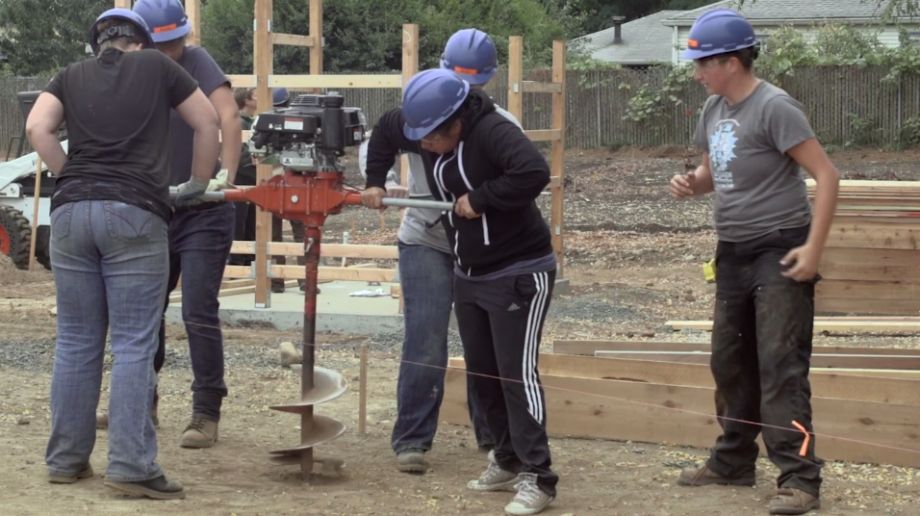 Portland is well known as a leader in urban sustainability. Yet in the city’s northeastern Cully neighborhood, residents were missing out on the benefits of an array of green initiatives — a whole range of programs involving management of environmental assets, new parks, stormwater management facilities, environmental education, green jobs and businesses, and investments in renewable energy.

Cully was an example of what some have called the “green divide,” the barrier that often exists between sustainability programs and low-income communities. But today Portland’s gap is closing, thanks to an initiative known as “Living Cully: A Cully Ecodistrict.”

The program is bringing environmental investments and positive change to a formerly neglected part of town. Since 2012, Emerald Cities Portland — a local coalition of community, labor, business and government groups — has worked with Living Cully to amplify this story of local and sustainable economic development.

In 2012, Emerald Cities invited Oregon Sen. Jeff Merkley as one of the first visitors to the transformed neighborhood. Standing in the new Thomas Cully Park, developed atop a former landfill and brownfield, Merkley acknowledged the tough times the community has seen. “Back about 21 years [ago], when I was just down the road at Killingsworth & 15th, 14th Place was known as… ‘crack alley,’ with folks getting off the freeway… buying crack and other drugs, then getting back on Alberta to get on the freeway,” Merkley said. “The community had lost its grip on what was happening, and people weren’t coming out of their homes.”

The senator also pointed to the area’s history of environmental degradation: “This blighted area was once a gravel mine, later a landfill, and sourced the problems that come from landfills like methane. I’m sure the families that live in this area could smell the fumes and were impacted.” Merkley celebrated the “spectacular recreation center that will be the source of all sorts of positive impacts on the community.”

How did Cully bounce back? Lead organization Verde and its partners are creating a new approach to public policy advocacy, one that empowers low-income people and people of color to drive environmental resources into their neighborhoods in response to existing community needs. Additionally, community leaders and public officials are actively discussing policy initiatives that can support current projects and sustain momentum.

One key component is collaboration with other organizations, such as the Latino community’s Hacienda Community Development Corporation and the Native American Youth and Family Center. “The Living Cully Initiative is a way of concentrating investments and leveraging collective abilities to get workforce training dollars… in the pockets of people that live in this neighborhood,” says Tony DeFalco, a Living Cully coordinator, arguing that “it’s one of the best ways we can prevent displacement of people from this neighborhood as it develops.”

The coordination efforts don’t end there. The new park praised by Merkley is a central hub for educating youth, creating job and business opportunities for low-income residents in the green economy, and building environmental wealth through restored habitat, improved water quality and new open space.

Oregon Tradeswomen and its students have also played a crucial role in the development of Cully Park and its playground, sheds and garden. The result is an experience that “is so meaningful for the young women who are having their first job training or paid work experience,” Ashbrook says. “They can come back to with their family and friends and say ‘I did it! I built this! Look at this beautiful park!’”

The integrated, grassroots approach followed by Cully’s leaders could yield dividends in a variety of other areas. Verde Energy has already completed a successful weatherization program and Hacienda CDC plans to remodel affordable housing in the Cully area.

Perhaps most importantly, Cully is meeting the challenges of the green economy locally, under its own leadership. The neighborhood’s stories of community-driven economic and environmental development along with job creation and training could serve as an example to other cities. When a community comes together, it can do more than narrow the green divide — it can prosper from sustainable enterprises in a way previously unimaginable.

Emerald Cities Portland is part of the Emerald Cities Collaborative, a grantee of the Surdna Foundation and a national nonprofit network of organizations working together to advance a sustainable environment while creating economic opportunities for all.