Boulder Will Use Big Data Program to Monitor Trees – Next City

Boulder Will Use Big Data Program to Monitor Trees 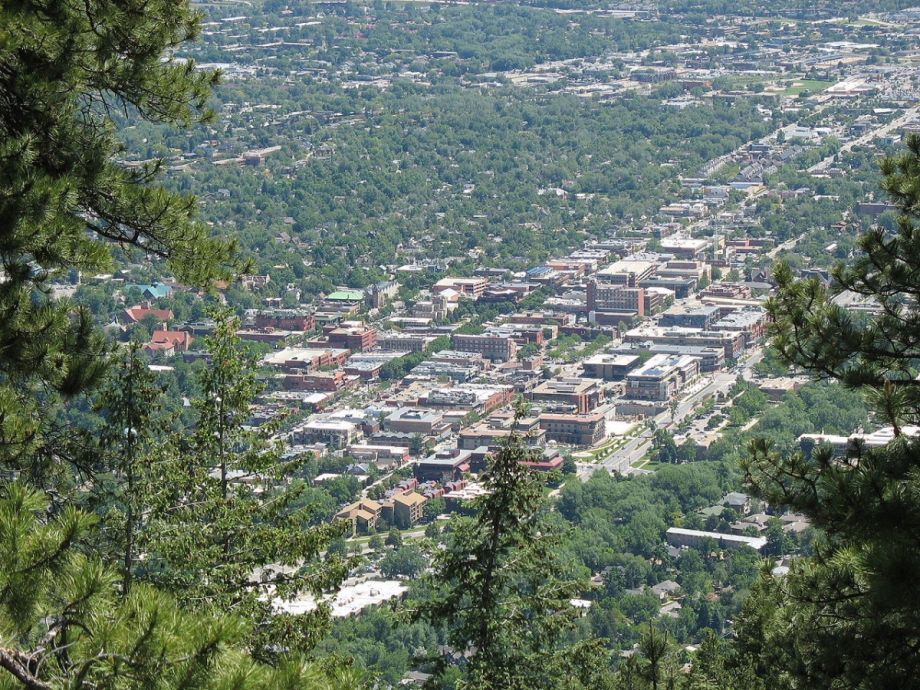 Boulder, Colorado, will use a new software to judge the efficacy of tree cover conservation work. (Photo by Teofilo)

As cities around the world work toward a more sustainable and resilient future, a new wealth of satellite and aerial imagery can be a powerful aid — if officials have the tools to interpret the visual data.

“[Imagery] is easy to gather and very difficult to extract data from,” says Rick Gosalves, local government market manager at geospatial and positioning software company Trimble. “Images offer a massive amount of data. If you can make sense from massive data you can make smart data.”

Trimble’s eCognition Essentials software analyzes readily available aerial and satellite imagery to produce data about land use that can be used for GIS mapping. eCognition can be programmed to classify any number of ground covers, from permeable and impermeable surfaces to grassland, as well as areas with flooding or fire damage.

“If you’re human and you can determine what’s in the image, you can program the computer [with this software] to figure out and extract what it is,” says Gosalves.

Last week, Trimble announced a partnership with the Rockefeller Foundation’s 100 Resilient Cities (100RC) initiative, a project that provides municipalities with financial, logistical and technical support to achieve resiliency and sustainability goals. The eCognition software, plus support and training on how to use it, will be made available for free to all 100RC cities if it can help further their resiliency goals.

Boulder, Colorado, will be the first city to work with Trimble. The city hired its first chief resilience officer through 100RC a year ago.

As part of its resiliency plan, Boulder is trying to better evaluate the health of its urban canopy and ways to retain and manage it. Urban forests not only remove carbon dioxide from the atmosphere, but they also remove other air pollutants like sulfur dioxide and carbon monoxide, and save energy by lowering local temperatures. According to Boulder’s Urban Forestry Department, trees in the city also reduce stormwater runoff by approximately 422 million gallons per year, performing a service valued at $5.58 million.

eCognition will help map that tree cover: where it is, where it is damaged and where it can be strengthened. The software analyzes visual data, but doesn’t collect it, so Trimble will work with a handful of other companies to provide a complete picture. DigitalGlobe might provide the high-resolution satellite imagery, for example, and Esri might provide a repository for GIS data. Then eCognition can be programmed to seek out healthy or damaged canopy, allowing officials in Boulder to judge the efficacy of conservation projects.

Trimble joins over 50 private, public, academic and nonprofit partners that provide services, software and guidance to cities in the 100RC network. One of the primary goals of the initiative is to connect cities with technical resources to implement their stated resiliency goals.

“One of the key challenges we have seen is that cities don’t know about these opportunities,” says Liz Yee, 100RC’s vice president of strategic partnerships and solutions. “What our platform intends to do is not to solve the entire chain of challenges from start to finish but to really provide cities with the accelerators they need to become more resilient.”

While Trimble will provide training and support, the eventual goal is for cities like Boulder to be able to use tools like eCognition on their own. And for early adopters of the software to become an example for other 100RC cities with similar resiliency projects.