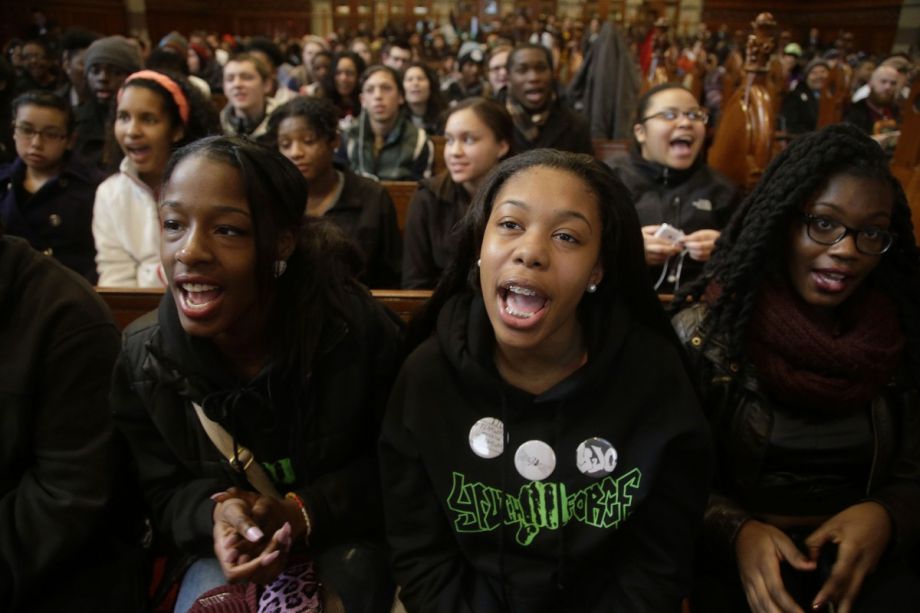 Many young people in Boston just voted for their first time, and the results are in. The city’s “Youth Lead the Change” project, with help from the Participatory Budgeting Project, was the first youth-led participatory budgeting process in a U.S. city. The project empowered young people, ages 12 to 25, to decide where $1 million of public capital should go to best improve their communities. This is real money and real decision-making power.

Boston’s young people have been engaged at every step, from designing the process to working directly with city officials to make viable project proposals. City agencies donated time to work directly with young people — often during pizza-filled, late-night events — to discuss spending priorities and current projects.

Voting was open from June 14th to June 20th, and young Boston residents were able to vote for four out of 14 projects in four categories: education, community culture, parks/environment/health, and streets and safety. Projects included improving community centers, creating art spaces, and renovating parks. Voting sites were in community centers, schools and T stops throughout the city.

Yesterday, Mayor Marty Walsh joined Boston’s youth for a celebratory event at the Madison Park rec center to announce the winning projects. They were (along with budgeted amount):

Cities across the country should examine Boston’s process for critical lessons about making urban governance more open, accountable and participatory. Boston has been a leader in youth engagement and using digital tools to engage citizens (including the creation of a single card that provides access for Boston Public Schools students to schools, community centers and libraries), and Youth Lead the Change is more than a pilot project to spend $1 million in capital funds. The city gave young people an active role in deciding relevant public policy issues, directly empowering them to be architects of their own civic life. For the participating students, this will likely only be the beginning.