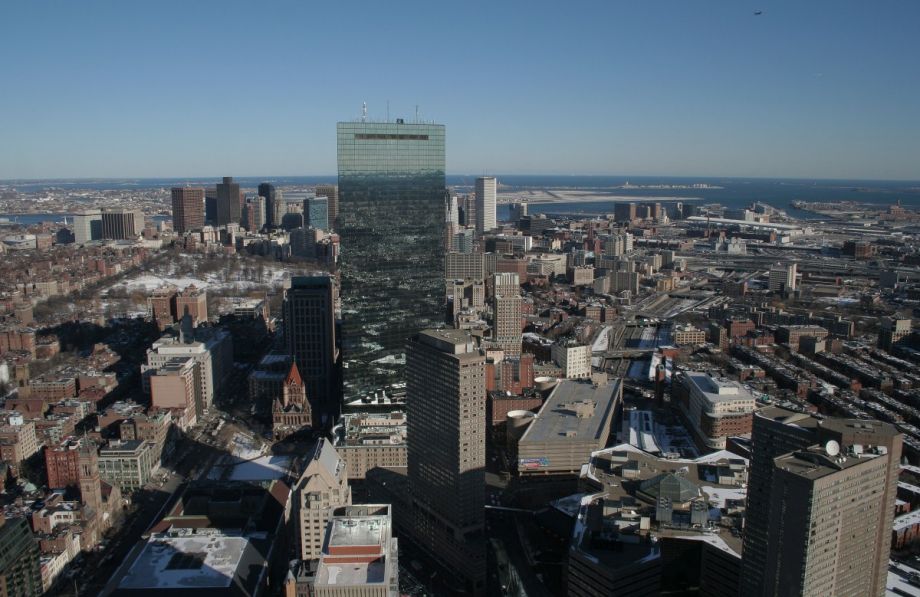 Boston expects to see a 20 percent growth in households over the next 15 years. To meet housing demand, Mayor Marty Walsh is aiming to create 53,000 new units by 2030.

Uhu — a 385-square-foot modular house — might just be part of that equation. A model is making the rounds in the city, across eight sites in three months, testing residents’ reactions to the tiny living concept. (Uhu is pronounced “yoohoo,” and is an acronym for Urban Housing Unit.)

According to the Uhu website (which either puts an umlaut over the logo’s second u, or presents as a smiley face, take your pick), most of Boston would need to make zoning variances in order to legally accommodate the unit, which is 65 square feet smaller than the minimum currently allowable for studios in Boston.

The Uhu consists of a living room, a kitchen and a bedroom, as well as a bathroom with full bath. They can be stacked up to four units high, or combined. So for owners who want more than 385 square feet, there’s a 770-square-foot dual-Uhu option. Ideally Uhus could be put on vacant lots.

The prototype was designed in a collaborative effort by the Mayor’s Housing and Innovation Lab, Boston Society of Architects and housing developer Live Light, which specializes in environmentally friendly residences.

Like most modular designs, because it’s small and pre-built the Uhu’s cheaper to produce than traditional residential units. The one now on display cost about $75,000, including furniture, but “at full-scale production, designers said they could push costs down to somewhere between $40,000 and $70,000 a pop,” according to the Boston Globe, which also says that the Uhu is “seven times cheaper than the average condo in Boston.”

The Uhu is intended “to develop a model of housing for the workforce,” says Addison Godine of Live Light. “Developers are good at building luxury and subsidized affordable housing, but we have been neglecting the ‘missing middle.’ If Boston is going to be an inclusive city, we need to innovate ways to build housing that working people can afford without subsidies.”

The most likely Uhu residents would be “millennial young professionals, couples without kids, empty nesters, [the] elderly, [and] single parents,” says Godine, who describes the Uhu as “fully functional and semi-off-grid, like a tiny house.” But he adds that the Uhu “isn’t really a tiny house – it’s more of a showcase compact living space on wheels.” He adds that tiny houses are typically a much smaller 100 to 200 square feet.

“The amount of units in a residential complex would depend on the size of the lot, but for many lots in and around Boston, probably between six and eight Uhus would be a good number,” says Godine.

The Uhu can function in the very wide range of weather that affects Boston and many other U.S. cities. “It is extremely well-insulated and features a heat-pump capable of heating in the coldest temps and cooling in the hottest temps,” says Godine.

As for the Uhu’s potential effect on overall housing affordability in Boston and beyond, “it really depends on how many units are added to the inventory,” says Robert M. Silverman, an urban planning professor at the University at Buffalo. “If enough studio Uhu units were added to the inventory, it may free up larger units and take some pressure off of rents. But, it would have to happen at a large enough scale to produce that result.”

Modular urban housing like the Uhu “may chip away at the problem, but there is still a need to add more inventory across the board [small and larger apartments] and increase rent assistance to have a noticeable impact on the problem of rent inflation,” says Silverman.

He adds that, “To really get at the equity issue, there would need to be a concerted effort to provide affordable housing options to a broader spectrum of renters by adding more units to the inventory and subsidizing more households. There is also a need to either bring existing units up to code or replace them with decent, safe and affordable housing.”

At this juncture, Boston is seeking “to start a conversation about living smaller in a city where everyone is feeling the housing crunch,” says Godine, who admits Uhu isn’t a silver bullet. Rather it’s “one more option that can be added to the mix,” he says.

The Uhu model will be displayed in various neighborhoods through December. Find a schedule here.

Ray Cavanaugh is a freelance writer from Massachusetts. He loves urban exploration and feels at home in two cities: Boston and New York.