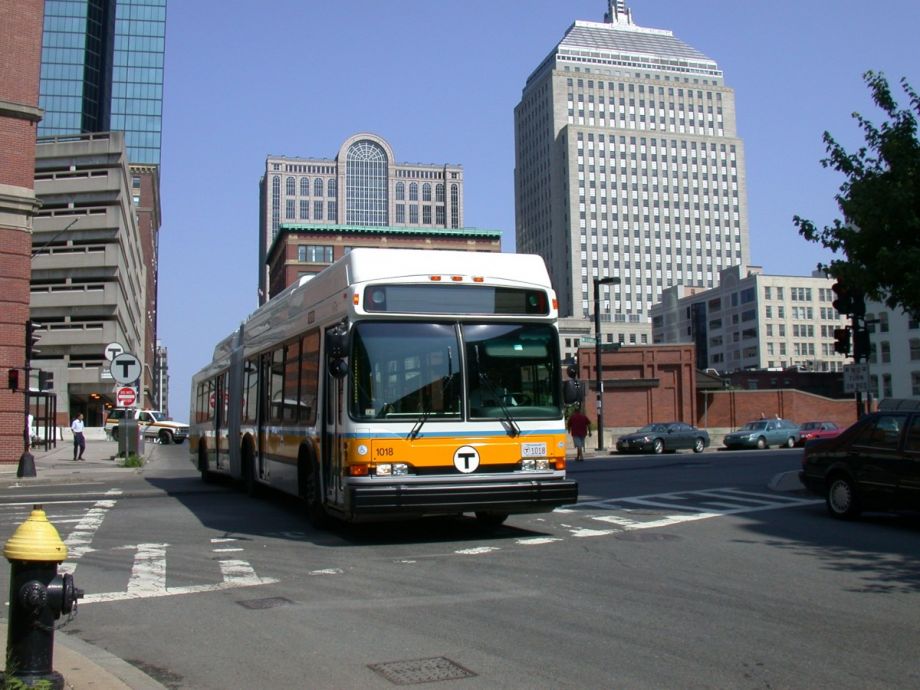 “Our ‘crowded trips’ were cut in half from 40 passengers to 20 passengers per bus in support of being safe during the pandemic. That cut the system’s capacity in half,” says Eric Burkman, director of transit priority at the Massachusetts Bay Transportation Authority, which operates most public transportation in Boston and the surrounding suburbs. “One way to get around this is by implementing infrastructure that helps move buses through faster.”

Designed to address delays while the equity of MBTA’s bus service, the MBTA launched a Rapid Response Bus Lanes program that adds 14 miles of dedicated bus lanes in partnership with four municipalities (Boston, Chelsea, Somerville, and Everett) throughout the fall and coming spring. The “Rapid Response” program can create new bus lanes, from planning to implementation, in roughly four months. That’s slightly faster than the average six to eight month time that the agency and its partner municipalities have been able to lay down lanes in the past.

With a looming, pandemic-induced budget gap of at least $308 million to consider as well, the Rapid Response Bus program is intended to meet the transportation needs of essential workers in a cost-effective way. “We can potentially eventually run more trips or mitigate a situation where we have to reduce service, or not reduce as much, by using resources we have more efficiently,” Burkman explains.

In Boston, for example, normally packed bus lines that run to downtown have been largely empty, likely thanks to a traditional ridership that is higher-earning and now working from home. Other routes — mainly those that serve low-income neighborhoods of color, especially those near harbors and other elements that restrict the viability of walking and bike transportation — are still being used at near normal levels. “The rate of ridership compared to normal has been very different depending on the route,” says MBTA senior director of service planning Melissa Dullea. “With physical distancing during COVID, we’ve seen some routes with 75% capacity and others at 15% capacity.”

According to Burkman, MBTA was already focused on rapid bus lanes before the pandemic, so working on a quick delivery project wasn’t a stretch, citing the center-running Columbus Avenue Bus Lane project that went from concept to construction in 16 months.

To decide where the Rapid Response lanes would go, MBTA looked at current ridership needs, where delays occurred before the pandemic, and identified where ridership is likely to be durable even after the pandemic, since the project is intended to endure beyond the immediate crisis. Plus, because the project consists of reallocating an already existing traffic or parking lane which requires little more than paint and signage (in some cases, minor curb changes were necessary), it was easy to keep costs down. “It’s a really low-cost investment. It’s not a major capital project and the benefit is outright,” says Joseph Curtatone, Mayor of Somerville.

To add an equity lens, Burkman and Duelle’s teams used equity data from the Livable Streets Alliance and mapped that to the Rapid Response plans they were devising. This was used to “truth check to make sure we weren’t accidentally being inequitable in our implementation,” Burkman says, as “Boston region [riders] tend to be more people of color and primarily of lower incomes.”

Carrying out the project requires close partnerships with the municipalities involved since MBTA owns the buses and the system, but each municipality owns the streets and infrastructure like bus-stop shelters.

For this project, MBTA funded the project’s design as well as brokered a deal by working with the Boston Region Metropolitan Planning Organization to secure a joint purchasing agreement for the red paint for the lanes (which is really more of a sticker glued to the pavement — it lasts longer than a traditional paint job). “If the contract is renewed, and we expect it to be, we’ll be able to save $6.3 million over two years,” Burkman explains—the equivalent cost of roughly six miles of bus lanes.

Community engagement, in this instance, was left up to the municipalities which by and large was an easy sell, thanks to elements like transportation and climate action plans in place that already prioritize public transportation.

“Buses have been a long-term priority for the City of Boston,” says Chris Osgood, Boston’s Chief of Streets, referring to its Go Boston 2030 transportation plan. “Fundamental to the city’s goals around equity and increasing access to opportunities is improving the availability of transit and bus transit in particular is viewed as a shared priority and shared responsibility between the municipality and the transit provider.”