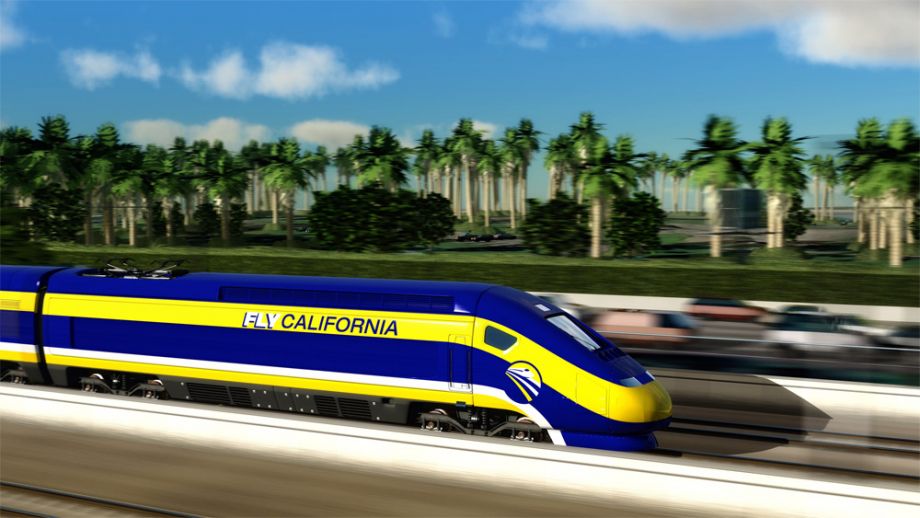 A Sacramento judge issued two rulings on Monday that blew a major hole in California’s plans for a high-speed rail line, telling the California High Speed Rail Authority (CHSRA) to go back to the drawing board on their $68 billion funding plan. While Judge Michael Kenny didn’t put a stop to construction on the project, he also dashed the authority’s plan to sell more than $8.6 billion of the $10 billion in bonds approved by California voters in 2008 to build the first segment of the line in the Central Valley.

The project opponents — who include Kings and Kern Counties in the Central Valley the Union Pacific Railroad and the Howard Jarvis Taxpayers Association (of Prop 13 fame) — succeeded in stalling the bond sale, with Judge Kenny writing in the first ruling issued on Monday that the High-Speed Passenger Train Finance Committee, tasked with bond issuance and sales, made no attempt to prove that issuing the $8.6 billion in bonds was “necessary and desirable” as required by law. The bar for proving that going forward with the bond sales is necessary and desirable is fairly low, but this will force the project’s Finance Committee to go through the motions again, putting forth an argument for why issuing and selling the bonds is in the public’s — not just the authority’s — interest.

In the second ruling, Judge Kenny built on an August ruling to order the CHSRA to rewrite its $68 billion financial plan before it can spend any state bond money on the project (bonds that the authority isn’t yet allowed to issue in the first place). In August he ruled that the authority had not met the requirements that funding for a first usable (a key distinction, as it implies hundreds of miles) segment be fully identified and environmental clearance be completed before bond money can be spent.

The judge did not halt the project though, since so far he said he bought the authority’s argument that it’s only been spending federal grants, and has not needed to tap into state bond money — at least, not yet. But the authority has signed a nearly $1 billion contract with a consortium composed of private contractors and consultants — Tutor Perini, Zachry and Parsons — for construction of the first 28 miles of track through the Central Valley, from Madera to Fresno, that would need to be put on hold if the federal matching funds were put on hold.

There is still an case to be heard by the same judge in December though, which could be bad news for the authority. The opponents of the project claim in a separate argument that going forward with the project would be a waste of taxpayer money. Elizabeth Alexis of the watchdog group Californians Advocating Responsible Rail Design (a pro-rail group that’s found major fault with the authority’s implementation) thinks these rulings might give the project’s opponents an upper hand.

“The plaintiffs will have a wide open shot,” she wrote in an email to Next City, “based on the inability to access state bond dollars, going down a path which will leave a torn up Fresno, no rail tracks and a potential liability to reimburse the federal government for its construction dollars.”

And then there are also the feds to worry about, who made their stimulus contribution contingent upon state matching dollars. “The ball is really in the Federal Railroad Administration’s court right now” , said Alexis, who largely predicted Judge Kenny’s ruling in an email to Next City before it was handed down, and whose group argued in front of the authority two years ago that the funding plan was illegal. “Are they comfortable without any state money?”

“The judge, by releasing this opinion so early, is sending a signal to the authority that is time to rethink their strategy, or he will be forced to do so for them.”