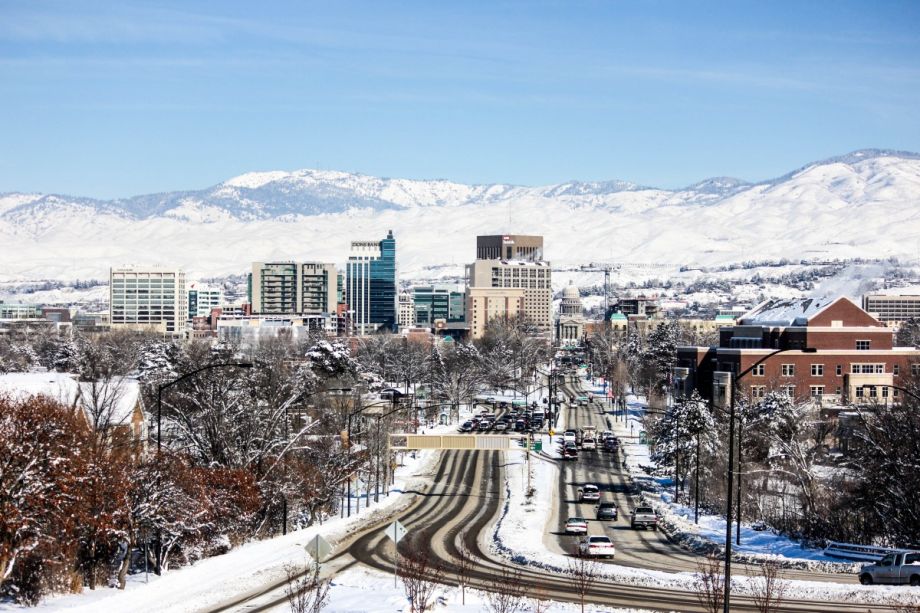 (Photo by Boise Metro Chamber of Commerce / CC BY 2.0)

City officials in Boise, Idaho, are in the process of reviewing a plan to buy a small office building on the western edge of the downtown area and convert it into long-term affordable housing — part of a push by the city to create below-market housing as rental prices have continued to climb throughout the pandemic. The plan, which was recently approved by the city council, as BoiseDev reported, is to purchase the building for around $800,000, and place it in the city’s affordable housing land trust. From there, the city would partner with a developer to adapt the building into a dozen or more reduced-rate apartment units. The project comes as more cities around the country are looking into the possibility of converting unused office space into affordable housing. But it’s one of several acquisitions the city is pursuing this year, and not all focused on office space, says Leon Letson, the manager for Boise’s Grow Our Housing program.

“We’re open to vacant land and we’re open to existing buildings. It really just has to make sense financially,” says Letson, who emphasized that the city is still in the due diligence phase for the office building acquisition.

Adaptive reuse has a few benefits compared to new construction, he says, including being more sustainable and less harmful to the environment and, often, making use of property that’s well-placed for housing. “Oftentimes these office buildings are located in areas that we would encourage housing — neighborhood centers in close proximity to transit,” Letson says.

Over the last year, the Covid-19 pandemic has emptied out office buildings and workplaces and raised questions about the future of urban office space. Some big companies like Twitter have already announced that they plan to allow employees to work from home permanently. The future of commercial demand for office space is uncertain. And the shift to remote working has raised interest in converting office space into apartments in cities that have struggled for years to provide enough affordable housing for their residents. New York City’s powerful real estate lobby has even signaled its support for converting office space into apartments, the New York Times reported last year. New York Governor Andrew Cuomo is even backing a plan to help office building owners convert buildings to residential use by suspending some local zoning regulations for office-to-housing rehabs.

So far, there hasn’t been a big wave of actual conversions. The cost of real estate and the location and layout of office buildings have presented challenges to converting offices to housing in the past, as some have noted. In 2019, an Office-to-Affordable-Housing Task Force in Washington, D.C., looked into the potential for converting vacant office space in the District into housing.

“[T]here are numerous barriers to office-to-residential conversions, which has limited the number of conversions in the District. These include the higher profitability of office space compared to residential use and the spread of office vacancies across buildings, resulting in very few completely or nearly-completely vacant office buildings,” the group wrote.

The Task Force concluded that office-to-residential conversions are “not the most effective method of addressing the District’s most pressing housing needs,” but noted that conversions could be most feasible in “lower-grade” office buildings outside of main employment centers but close to commercial corridors. In the meantime, developers have been having some success in converting offices into apartment buildings in the D.C. suburbs, as Bisnow reported last year. As part of its due diligence before purchasing the office building, Boise is working with consultants to analyze whether a conversion is feasible — and whether it would be attractive to potential development partners, Letson says.

In Santa Ana, California, developers recently completed converting a five-story office building into affordable apartments for artists. The project is one of only a few that have taken advantage of a city adaptive reuse ordinance, which was passed in 2014. Another project, focused on converting a 10-story office building for market-rate housing, is underway. More developers had been expressing interest in reuse projects last year before the pandemic generally paused a lot of development projects, according to the city’s planning department.

In Boise, things are a little different. The office building that the city is planning to purchase is small: currently zoned for 12 units, according to a staff memo submitted to the city council. More units could be developed under a Housing Bonus Ordinance proposal, which allows builders extra density allowances or reduced parking requirements in exchange for including affordable housing or reusing existing buildings, among other provisions, according to the memo. The city is also working on a larger mixed-use project called Franklin and Orchard, which involves new construction. That project will set aside 80 percent of its units for residents earning less than 60 percent of Area Median Income, according to Letson. (Median income in Boise is $74,800 for a family of four.) The new office-conversion project will also keep most or all of its units affordable to people earning less than 80 percent of AMI, Letson says.

Letson says it’s not clear yet how Boise’s commercial real estate market will be affected by the pandemic long-term. But Boise is growing, and is attracting some workers who are leaving the tech hubs of the San Francisco Bay Area.

“Covid has shown us that we can dislocate where we live and where we work,” Letson says.

The city is hoping to acquire two or three more properties and bring 200 or so units into the land trust in the next year or so, he says. Among the criteria for new acquisitions is walkable or bikeable proximity to transit and other services. The office property is in a part of town that has seen housing prices spike, and it’s located close to two schools, he says.

“We’re still evaluating the property,” Letson says, “but it checks a lot of boxes.”