“3D Soundscape” Can Guide Blind People Through Cities – Next City 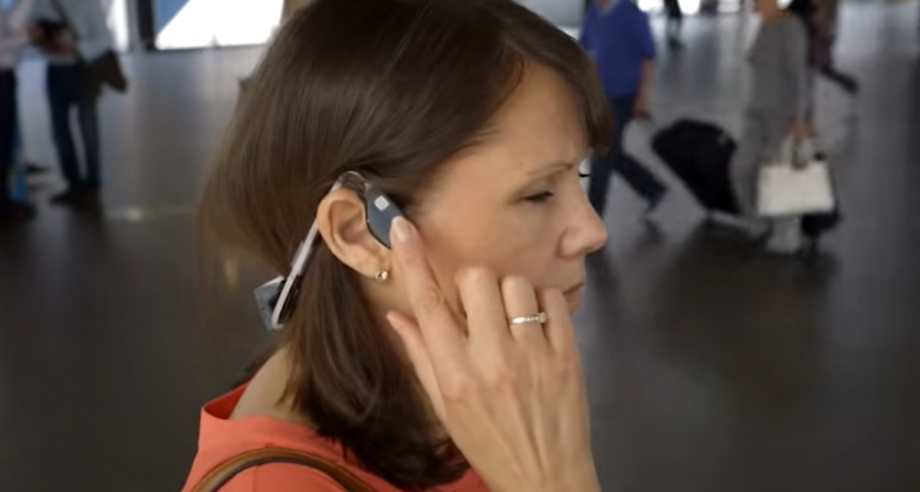 On a typical day, Jennifer Bottom makes her way around London with her guide dog in tow. Sometimes, “I just wander about, ask people and get directions,” she says. “But if you’re not comfortable with that or you don’t have a lot of free time, it can be quite frustrating and scary.”

Enter Cities Unlocked, a project intended to help people with sight loss navigate cities. The brainchild of a blind Microsoft employee, it uses GPS, a 3D audio headset, and Bluetooth beacons, among other technologies. Microsoft and two UK-based non-profits, Guide Dogs and Future Cities Catapult, have been collaborating on Cities Unlocked, and a demonstration project was recently completed.

For the test phase, Bottom took a bus and a train, and went grocery shopping at Tesco. Before departing, she entered her destination into an app and donned a headset, which rested on her jawbone instead of her ears, so as not to block other sounds. “I’m a blind person, I need to keep my ears open,” she says. The headset uses bone-conducting technology, in which vibrations create a “3D soundscape” around the user.

As she walked to the bus, Bottom heard a rhythmic pinging sound, which let her know that she was on the right track; if she strayed at all, the pinging sound receded. A voice alerted her when she arrived at the bus stop, and when her bus was around the corner. (The bus was outfitted with beacons, small pieces of hardware that communicate with nearby smartphones via Bluetooth.) At the train station, the voice informed her of shops in the vicinity, telling her how far they were, in which direction — and, thanks to the 3D soundscape, the voice came from the direction of the establishment in question in order to orient her.

Even though Bottom was familiar with the area, she says, “I found out about stuff that I didn’t even know existed.” Normally, “I can go and not know that there’s a really awesome shop. It made my world so much bigger,” she says. “It really helps you find your way in a kind of dignified, efficient manner.”

While most of the technologies are not new, Cities Unlocked aims to integrate them into a more natural, immersive experience than was previously possible, combining certain explicit information with more subtle cues about how to move through the urban landscape.

Eight subjects, with varying levels of vision impairment, took part in the experiment. According to an evaluation by Guide Dogs, five of the participants showed greater confidence and lower anxiety, and no negative effects were observed. Only one limited route was enabled; the next step is to refine that system, and then test it out in other settings — the Underground, the streets of London — each of which will present distinctive challenges.

This project is part of a larger sea change in how people with sight loss move through cities. From GPS in your pocket, to real-time transit apps like Nextbus, to services like Lyft and Uber, recent advances have been “completely amazing,” says Joshua Miele, associate director of the Smith-Kettlewell Rehabilitation Engineering Research Center on Blindness and Low Vision. “It’s been transformative for blind independent travel.”

Miele, who is blind, welcomes the concept of Cities Unlocked, but he cautions that the 3D audio is very hard to do right. He hasn’t tested the set-up, but he notes, “It doesn’t take a lot of error before you decide not to trust the information you’re getting. What if every traffic light you saw, you had a 90 percent chance of it being right, but a 10 percent chance of it being wrong? … Microsoft just has a lot of power. If they wanted to do it right, they really could.” But “there are lots and lots of ways where they could get it wrong, if they don’t do their homework.”

In order to really scale up, collaboration will be required between many entities. In the pilot, beacons were installed on a single bus; the entire bus system would need them in order to make this a product anyone could buy and use. And that’s just London. To spread the idea to other cities is an even more daunting goal.

Yet other cities have made progress on this front. This year, Warsaw was selected as one of five winners of the Bloomberg Philanthropies Mayors Challenge for its plan to place thousands of beacons around the city to improve mobility for the visually impaired. Stockholm has undertaken a similar experiment.

Ultimately, the project’s leaders see its applications extending beyond those with impaired sight. “You visit a new city, everyone is kind of blind or lacks confidence at some point,” says Claire Mookerjee, lead urbanist at Future Cities Catapult. “You leave the train station, where am I? What now? … There’s a huge opportunity here around wearable technology that will augment our experience of how we move around cities.” The headsets could be useful to people with other disabilities or for hands-free navigation for cyclists. A beacon infrastructure could serve various purposes, from way-finding during emergencies to providing updates on transit networks.

These tools diminish the gap between the sighted and the sightless, by making the latter more able to get around. But they also underscore how ability and disability are relative, not absolute. The technologies that have become so essential to the blind — GPS, transit apps, etc. — also assist the rest of us, and many of us feel increasingly helpless without them.

But for blind people, technology has the potential to be even more liberating. The corollary is that it’s that much more important to get it right — if it fails or hits a glitch, the stakes are higher. Which leads to another caveat: Those with sight loss shouldn’t rely too heavily on the high-tech support. “I would say that it’s an enhancement to existing aids and skills,” says Bottom. “I certainly wouldn’t want a parent of a blind child to just say, ‘Oh, have this app’ … . You still need to have those elementary skills.”