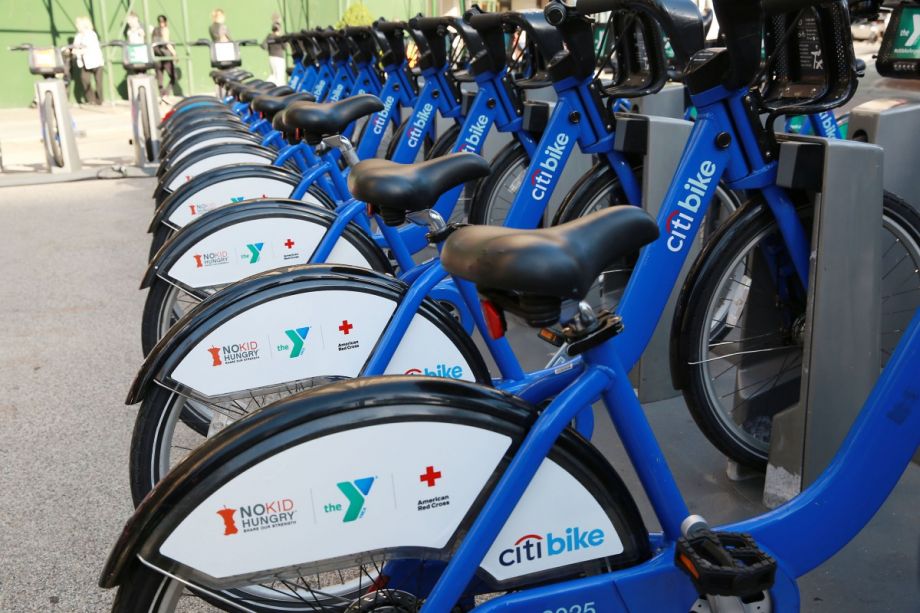 A dispute about bike-share and bike parking is bubbling in Jersey City and neighboring Hoboken, reports NJ.com.

It all started when large numbers of bicycles from Hoboken’s Hudson Bike Share began showing up at Jersey City’s public bike racks last fall. Jersey City officials have alleged that Hudson is bringing the bikes over in droves, a charge Hoboken Mayor Dawn Zimmer disputes, saying, “the only bikes that have ended up in Jersey City are from riders who have taken them there.”

Jersey City council members aren’t convinced though. They’ve introduced a measure that would restrict how long commercial bikes can be parked at public bike racks, a direct response to the charge that Hudson is monopolizing racks near Jersey City PATH stations. Jersey City’s own Citi Bike system — which is separate from, but interoperable with NYC Citi Bike — utilizes dedicated docking sites, while Hudson bikes don’t need to be parked at specific locations. The proposed ordinance would authorize fines of up to $1,000 for violators.

Jersey City, Hoboken and bordering Weehawken were once in talks to develop a tri-city bike-share. Many area residents commute to New York City via PATH trains, and may utilize Citi Bike there. But Jersey City opted to join Citi Bike instead, and Weehawken’s mayor said he didn’t want to raise money for it. Hoboken launched Hudson Bike this fall.

Zimmer has said she is open to a deal with Jersey City to resolve the problem, saying “the solution to high demand for bike parking is to add more capacity.” She proposed that Citi Bike Jersey City install a docking station near the Hoboken PATH connection in exchange for Hudson Bike installing three dedicated racks at three Jersey City PATH stations. The two cities have not come to an agreement yet, and it’s unclear if they will reach one before the Jersey City council formally adopts its bike rack ordinance.