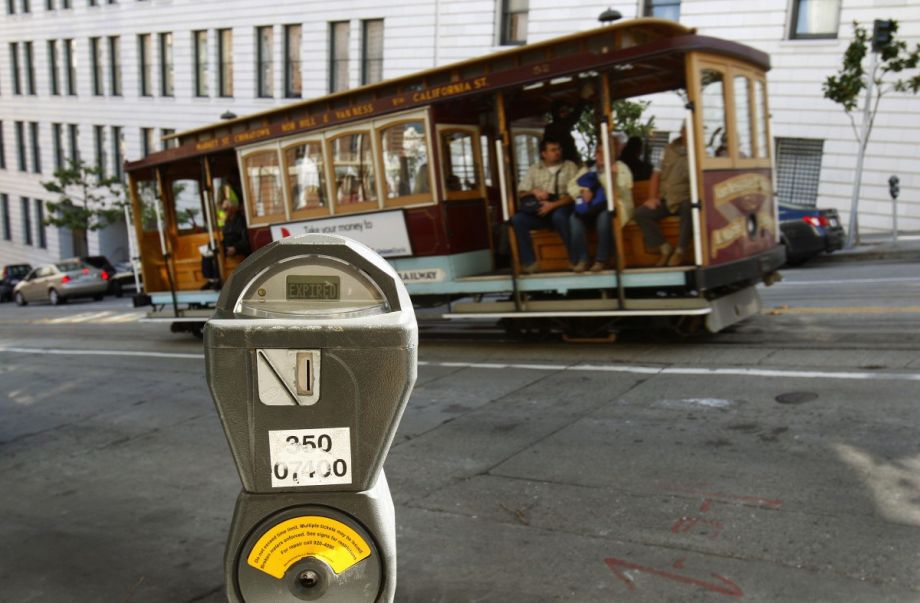 A group of San Francisco activists wants equal rights for cars. Pushing a ballot measure that would limit parking fees, build garages and create a “Motorists Citizen Advisory Committee,” the people behind Restore Transportation Balance believe their city favors bikes and buses over the horseless carriage and that just isn’t the American way.

Theirs is only the latest in a string of initiatives, op-eds and lawsuits bemoaning the plight of auto owners. But in a country built for cars, where feds bail out the auto industry and pour billions into fuel subsidies every year, they sound a bit like property rights groups — majority shareholders grasping at slivers of lost privilege.

Here’s a rundown of pro-car movements that have emerged in the last few years (as Agenda 21 has, no doubt, tightened its red-knuckled fist), along with a list of ways that, in reality, public policy still favors these activists’ cars.

The argument: Along with the objectives listed above, RTB wants S.F. to seek neighborhood permission before installing new parking meters and increase traffic enforcement for cyclists. Supported by the local Republican and Libertarian chapters and a handful of business and neighborhood groups, this coalition is incensed that a “transit first” policy, adopted by the Board of Supervisors in 1973, favors bike lanes and bus lines at the expense of parking.

What’s missing: While the BOS did adopt a pro-transit policy 41 years ago, bus and cycling activists claim it’s barely enforced. As the city’s Bicycle Coalition head told the SF Bay Guardian earlier this month, “anyone looking at how street space is allocated” can see that motorists are not discriminated against. And although pro-car activists decry the unfair sway of bike lobbyists, SFMTA will allocate only about 2 percent of funding for bike infrastructure in coming years. True, a larger chunk will fund public transit, but this rectifies decades of pro-auto policies, which could negatively affect city streets in coming years.

The argument: With the help of Seniors for Safety, this neighborhood group sued the city over a protected bike lane in Brooklyn’s Park Slope neighborhood in 2011. Concerns ranged from safety to aesthetics (one woman, notorious for watching cyclists through a high-tech spy cam, told New York magazine it was “monstrous” and “truly offensive”). But while some opponents weren’t so pro-car as they were anti-bike lane, others saw the green-painted throughway as a symbol of Bloombergian overreach; the built manifestation of what one gentleman called “a fascistic mayor.” And to boot, this socialist offense removed a traffic lane and took away a bunch of parking spaces — 22 to be exact.

What’s missing: While protected bike lanes are generally part of the liberal plot to drain property values, kill small business and seize all the guns, this one didn’t have quite the elitist mega-backing you’d expect. For one thing, New York City government — instead of always favoring cyclists — has a history of tearing bike lanes out. And while Bloomberg’s administration did add hundreds of cycle lane miles, the New York Times pointed out that their total distance made up a mere fraction — around 4 percent — of car-navigable streets. Meanwhile, bike activists reported that in 2011, the DOT spent more fixing potholes over the course of several months than it did on bike infrastructure over the course of several years.

3. The Faceless War on Cars, Seattle

The argument: Reading through Seattle news stories from 2010 to 2012, you’d think a mob of angry motorists was about to run city council members down in Chryslers and Fords. The “War on Cars” made numerous headlines — but though drivers were supposedly furious over parking decreases, bike lanes, meters and traffic, few drivers were actually quoted, leading to speculation that the phrase was a well-oiled partisan talking point. One group touting pro-motorist sentiments was the state’s leading conservative think tank, whose “Seattle’s War on Cars Is a War on Drivers” article used the marginalized logic now resurfacing in San Francisco. Commuters were an unorganized silent majority according to the piece — regular moms and dads who suffered when public transit replaced freeway lanes.

What’s missing: True, like San Francisco and New York, Seattle’s city government — for good reason — wants to move away from auto-reliance. But it still has a long way to go. In 2011, as progressive blog Sightline pointed out, “the bulk of the city’s political leaders support two car-centric mega-projects.” And, citing hundreds of pedestrian and cyclist injuries over the last decade, The Stranger spun it a different way. In a piece titled “Okay Fine, It’s War,” the paper’s editorial board declared, “If there is, in fact, a ‘War on Cars,’ then the cars are winning.”