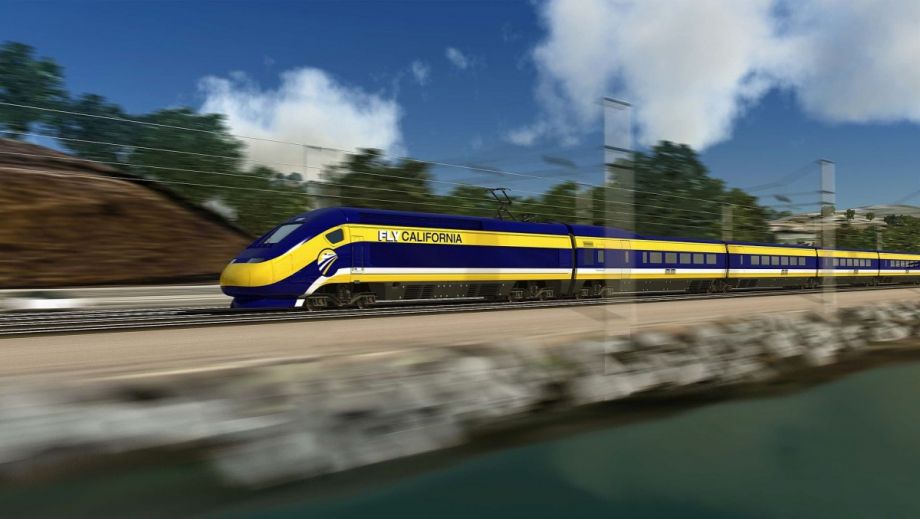 As an off-the-beaten-track (Interstate 5) major metropolitan area, it certainly has fashioned its own unique qualities. Buck Owens created the Bakersfield sound here, after all—effectively establishing this Nashville of the West. On a recent trip, I made a surprise sighting in Downtown Bakersfield: a millennial wearing a t-shirt that summed up my initial, somewhat uninformed sentiments. It read “Bakersfield: it’s not that bad.”

While the city still struggles to rebrand its identity since Johnny Carson coined it the armpit of California, this unfortunate void just means that the people of Bakersfield have the opportunity to transform their community in their own image. Bakersfield’s economic drivers—oil and agricultural production—are based on volatile commodities prices, and this boom-and-bust cycle has never been a sustainable impetus for development in this crossroads of California.

Then came High-Speed Rail (HSR). California’s $64.2 billion bet on North America’s first true “bullet train” has more than 100 miles of track under construction right now in the Central Valley. The California High-Speed Rail Authority, created in 1996, released its 2016 Draft Business Plan last spring, which pivots focus from Southern to Northern California. The new plan is to build an Initial Operating Section from just north of Bakersfield to San Jose, where it will begin operations by 2025 after linking into an upgraded Caltrain corridor up the San Francisco peninsula.

Downtown Bakersfield will be less than two hours (1 hour and 47 minutes) from Downtown San Francisco, and then by 2029, less than one hour (47 minutes) from Downtown Los Angeles. That is a faster commute than most freeway drivers face every day from the San Fernando Valley. The question the whole state has been searching an answer for in the last two years is this: now that this infrastructure project is finally underway, how should we build our cities around it?

More than a statewide transportation project, HSR is being used by municipalities across the state to define plans to transform their local economic development, transportation, and land use strategies. As an unprecedented transit mode in America, HSR opens up an order-of-magnitude conversation about equality, multi-modal connectivity, and urban design.

HSR offers an incredible opportunity, and with it the chance to define what HSR Transit-Oriented Development is, and should be, in America.

Seven Station Area Plans are currently being developed across California: Burbank, Palmdale, Bakersfield, Tulare/Kings County, Fresno, Merced and Gilroy. Each is exploring how the California HSR project will inform their respective futures. As the middle link in that HSR chain, Bakersfield is looking to transform its Downtown, and in the process, to set an example for a future HSR California—and, as a perfect cross-section of the all-American city, an example for a future HSR America.

The Bakersfield project just wrapped up its first round of public outreach, and will release its existing conditions report later this summer. Based on the information gathered in this report and from public input, several urban design alternative scenarios are being developed to define a new Bakersfield. Add a nucleus like a HSR station—effectively dropping the equivalent of a small airport on the footprint of a full city mega-block in Downtown Bakersfield—and you can create a vision as big as you dare to dream.

Gunnar Hand, AICP, is a Next City Vanguard and leads the Los Angeles City Design Practice at Skidmore, Owings & Merrill, the architecture and planning firm hired by the city of Bakersfield to develop its High-Speed Rail Station Area Plan.