Austin to Explore Repeal of Measures Targeting Homeless – Next City 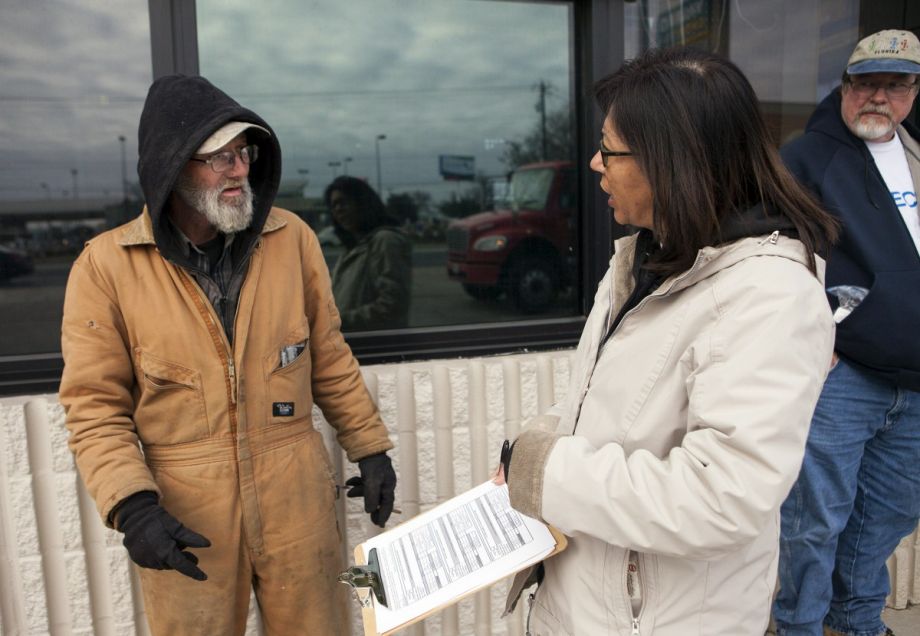 Austin’s public safety commission voted Monday to approve a resolution asking the city to review and possibly repeal ordinances that target people experiencing homelessness — but many advocates for the homeless are against repeal, saying it may further disconnect people from needed services and could even lead to criminal citations.

The resolution highlights three ordinances, the Austin Monitor writes. First, there’s a no-camping rule. There’s also a rule against sitting or lying down in parts of downtown, and one against “aggressive panhandling,” which includes making physical contact, making threats, using obscene language or following people.

Commissioner Daniela Nuñez, who authored the resolution, said an analysis by the city auditor found that the ordinances make it harder for people experiencing homelessness to connect to services that would help them get a job or housing.

In theory, said Andrew Keegan, an assistant city auditor who helped draft the analysis, bringing people into community court is a connection to necessary services. In practice, he said, the court is overwhelmed and unable to give every person the attention they need. “It did not appear to be an efficient method to connect people to services,” he said.

The resolution only asks the city to review the measures and seek input from stakeholders, including the homeless themselves.

Fox 7 asked two people experiencing homelessness what they thought about repealing the sit/lie ordinance. Both told the channel they thought it was a good idea.

“It’s not like you’re bothering anybody or doing anything, you’re just in your own little world,” Jason Williams said.

Emily Gerrick, staff attorney with the Texas Fair Defense Project, a group that advocates for a fairer criminal justice system for low-income people, said that the laws could be interpreted as an unconstitutional targeting of people based on their status, or a violation of First Amendment rights. She added that the definition of “aggressive panhandling” is vague, and that some of her organization’s clients have been ticketed simply for holding signs on the side of the road.

“If we didn’t have an ordinance against camping, then the front steps out here at City Hall and this space out front could be completely filled with tents and people living there,” he said. The only way to clear the area would be to arrest people for criminal trespassing, which is a class B misdemeanor and does show up on an arrest record. Newsom added that the real issue was a lack of services and housing. “What we give them is totally insufficient,” he said. “And everybody knows that in this town.”

Ed McHorse, a board member of the Ending Community Homelessness Coalition (ECHO), said that the ordinances needed changes but agreed with Newsom that the “potential unintended consequences” might be worse, according to the Monitor. “You could have people who are getting citations right now that don’t interfere with their ability to get housing,” he told the commission. “They start getting citations that do. And that would make our work more difficult.”

The Salvation Army also agreed that the ordinances should remain, but for a different reason. In a letter sent to the commission, it wrote that the people camping out around the Salvation Army’s shelter are dangerous to the 150 women and chlidren who live inside the shelter. “The ‘tent city’ that appears to be developing around the perimeter of the ARCH truly presents an unacceptable level of risk for all — residents, staff, and local business alike. For this reason, we respectfully request your consideration in tabling any repeal of the sit/lie ordinances for further investigation and review…Until we have some better strategies, which our newly organized Housing Next group led by City of Austin and ECHO is beginning to facilitate, it seems premature to take out the only enforcement measure we have on the books, however ineffective it has been. Let us not risk making this situation worse while we are trying to figure out how to handle it more effectively,” it wrote.

The resolution, which passed 6-2, ultimately directs the Austin City Manager to “seek input from stakeholders” on the three ordinances, “consider how these ordinances will impact respect and trust between Austin Police Department and homeless individuals” and “work to fund and expand community-based solutions that effectively or efficiently connect people facing homelessness to social services.”