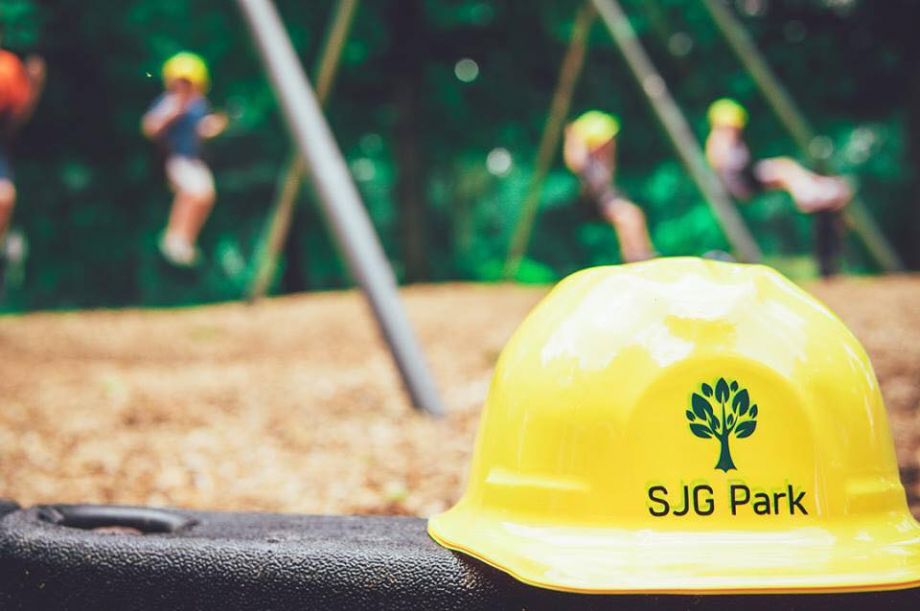 It started out of a desire to honor her mother. For Isabel González Whitaker, 46, a symbolic gesture would evolve into a vehicle for organizing the Latinx and other marginalized communities in the neighborhood where she grew up.

Formerly Coronet Way Park, a modest playground area in a predominantly Latinx section of Atlanta’s Westside, the 1.5-acre patch of land was renamed in 2009 in honor of González Whitaker’s late mother, Sara J. González, a Cuban immigrant whose imprint in Georgia’s Hispanic community spanned decades and crossed the intersections of business, philanthropy and human rights advocacy. It was reportedly the first park named for a Latinx immigrant in the state of Georgia.

A busy magazine journalist based in NYC at the time, González Whitaker thought that getting the park renamed in her mother’s name meant her job at the park was done. Little did she know it was only just the beginning. After years of annual clean ups and community organizing to redesign the park, the park will re-open this summer after construction to complete the redesign — which includes making the park fully compliant with the Americans with Disabilities Act (ADA)

“I’ve always had a fist in the air, for the Hispanic community … and this is really about inclusion of all communities,” González Whitaker says.

González Whitaker, who now splits her time between Memphis and Atlanta, began by gathering support to clean up the park. She organized family and neighbors in annual cleanups and eventually landed corporate and philanthropic donors to assist in revamping the park.

In 2014, the efforts intensified after a local developer made a sizable contribution to the park. With unexpected donation money in hand, she was now in a position to take her passion project to another level. She established a steering committee of neighbors and community leaders, which crafted a set of inclusionary tenets that would inform the development of a new playground, soccer field and legacy plaza.

At the center of the renovation, full compliance with the ADA means improvements like “Zero G” swings, equipped with a high back, wide base, and molded adjustable harnesses to stabilize children with special needs; specialized rope climbing structures; and wheelchair access throughout for kids and adults alike. It also means taking into account visitors with intellectual disabilities like autism, who may have difficulty with socialization, communication or play settings.

For González Whitaker, having an accessibility component made the project all the more impactful, she says, mentioning a family member with special needs.

“All-abilities was definitely something on my brain because this playground was not [that],” she says. “I wanted for [her family member] to have a place to play and she couldn’t do that.”

González Whitaker hopes the redesigned park will help maintain the neighborhood — once a more industrial area and still home to a longtime Latinx community — for at least another generation of her family.

Sara González arrived in Atlanta in 1975 and settled on the city’s westside, in a section where the Hispanic population was made up of mostly Cubans and Puerto Ricans. Like the thousands of other refugees who fled Cuba at the start of the island country’s communist regime, she fled her hometown of Havana in 1960, first settling in New York City, then Chapel Hill, N.C., and eventually Atlanta.

The González family opened a small restaurant on the city’s northwest side in 1978, which remained open for eight years. The restaurant’s failure, González Whitaker says, would drive her mother to help other immigrants overcome similar obstacles, she wrote in an essay for the Atlanta Journal Constitution.

Sara González would go on to spend the next 30 years working in support of the area’s growing Latino community, including as founder of the Hispanic American Center for Economic Development, later as president and CEO of the Georgia Hispanic Chamber of Commerce and others.

Gilda Pedraza, executive director of the Latino Community Fund Georgia, notes that Georgia now has the 10th highest Hispanic population in the country. It was the work of individuals like Sara González, whom Pedraza met through the Georgia Hispanic Chamber of Commerce, who helped unite the community.

“She saw the writing on the wall that we would be critical to the growth of the state,” says Pedraza, herself an immigrant from Peru. “She was a visionary.”

González Whitaker notes the park’s rededication is especially timely, given the current anti-immigrant and Latino sentiment building across the country, and as the neighborhood experiences the signs of redevelopment and possible gentrification — an issue taking shape in Latino neighborhoods in cities like Detroit, Chicago and parts of Los Angeles.

Having community buy-in, González Whitaker says, will be crucial to the park’s success.

“I’m hoping to both preserve and give (the park) a platform to elevate the community,” she says.