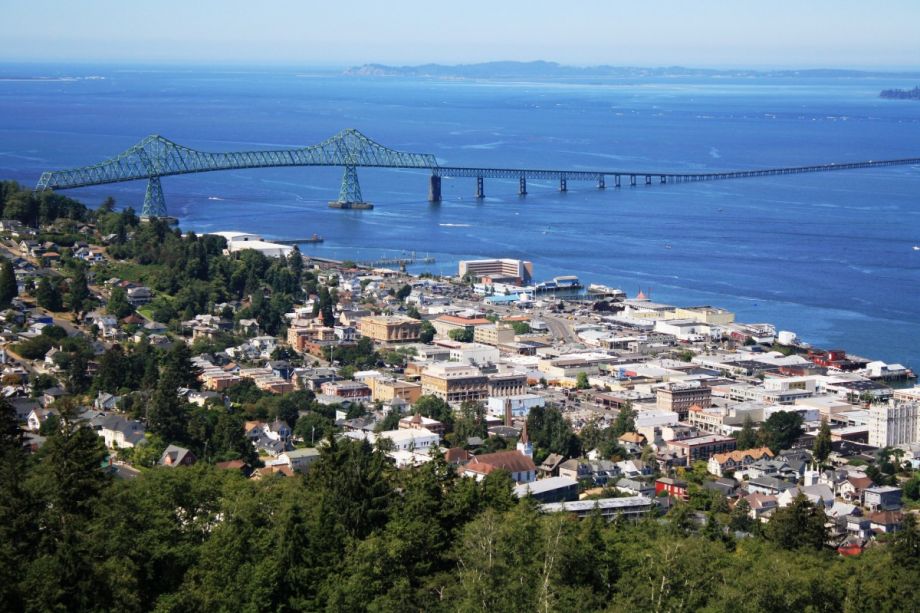 The Oregon coastal city of Astoria finalized a deal today agreeing to reduce the amount of timber harvested in the city-owned Bear Creek Watershed in exchange for carbon credits. The Climate Trust purchased the credits from the city of Astoria, which will spend the revenue on the construction of a new water line and other capital improvement needs, according to a press release. The 245,000 carbon credits — measured in metric tons of carbon emissions — will be applied to offset emissions from Portland General Electric’s Carty facility.

Under the deal, the city will receive credits — which the Trust will then purchase — to only harvest about one third the amount of the forest’s annual growth, far less than permitted by law. An article in the Daily Astorian last year estimated that Astoria could receive about $358,750 in carbon credits the first year, and about $130,000 annually for the next nine years. (A spokesperson for the Climate Trust called the sale price of carbon credits in this deal “proprietary information.”)

“This project encourages natural forest growth in Astoria’s 3,700-acre Bear Creek Watershed by limiting timber harvest, an activity that couldn’t be sustained in the absence of carbon revenue,” said Ken Cook, Astoria’s public works director, in a statement. “In addition to being a valuable natural resource, the watershed now generates long-term sustainable revenue for the benefit of Astoria’s citizens.”

The Climate Trust was established to administer the Oregon Carbon Dioxide Standard, which requires fossil fuel driven power plants to reduce or offset their emissions by purchasing credits that are then used to fund projects that reduce pollution.

As Mik McKee, the Climate Trust’s senior project analyst for forestry, explained last year, “trees sequester carbon. So these trees that aren’t being cut are going to pull carbon dioxide out of the atmosphere that, theoretically — at the most simple level — (is) being emitted by the Oregon utilities that are essentially paying through The Climate Trust to have these carbon offsets retired.”

Overall, 56 percent of the money invested by the Trust on behalf of utilities is invested in Oregon. Over $8.5 million has been spent on 17 projects in the state thus far, representing 920,000 tons of carbon emissions retired from projects that are projected to reduce almost 2 million tons of emissions over their lifetime, according to the Trust. The Astoria purchase is equivalent to annual greenhouse gas emissions from over 51,000 cars driven over one year.