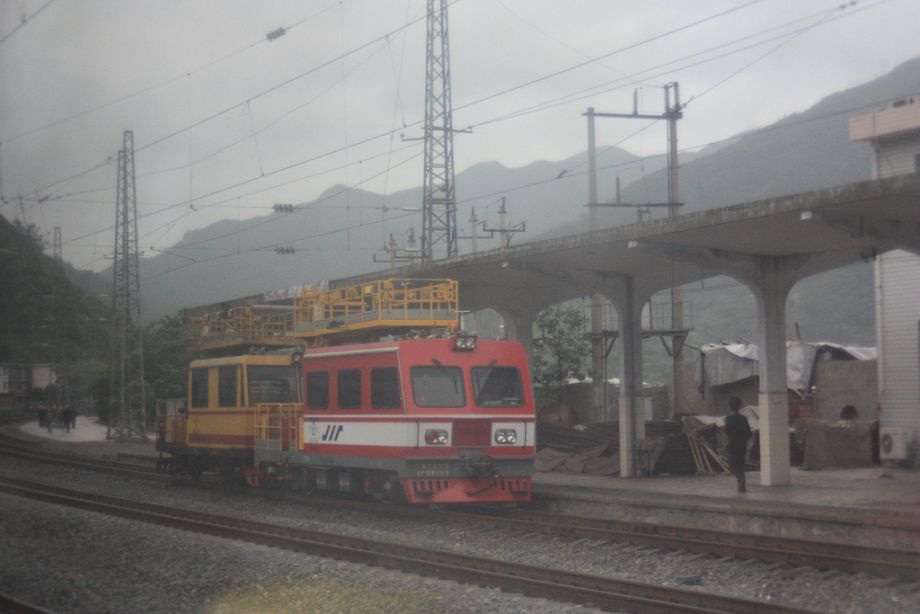 For a thousand years, horses and silver passed through the city of Chengdu, China along the web of trade routes that shuttled goods along Asia’s ancient Silk Road. Itself a silk and tea producer, Chengdu exported around the world, too, from Tibet to Rome, before sailing ships plying newly discovered sea routes made the old Silk Road obsolete.

But today Chengdu is once again exporting goods overland to Rome. Dubbed the Iron Silk Road, a series of rail links initiated by an alliance of local governments and multinational corporations is drastically reducing the cost in time and money it takes to transport everything from laptop computers to car parts between China and Europe. A train can cover 7,000 miles in 20 days on the route, give or take a day, moving several thousand 40-foot containers from Chengdu to Europe every week.

The Iron Silk Road still represents only a fraction of what China exports, but it’s faster than shipping by sea and cheaper than shipping by air, and analysts predict its trade volume will rise to 7.5 million containers per week by 2020. Perhaps most significantly, the overland system exports China’s economic miracle to Central Asia’s underdeveloped regions en route.

DHL has been in Chengdu for more than a decade. When the German logistics provider arrived in 2003, the city’s manufacturing base was in its infancy. Motorola and Intel were just beginning to set up operations in the Hi-Tech Zone. Chengdu was hailed as a destination for R&D operations due to its low costs and having more than 30 universities to draw talent from, but the city had one distinct drawback: logistically speaking, getting goods from Chengdu to the wider world was difficult. The airport was small and provincial, and a trip on the creaky rail network to the nearby industrial city of Chongqing, a distance of less than 200 miles, took an excruciating 12 hours. From Chongqing, the voyage continued down the Yangtze River to China’s eastern ports, and from there onward to Europe by sea – a journey that could be measured not in weeks, but months. Chengdu tried adding flights to Beijing and Shanghai, and experimented with direct air routes to Dusseldorf and other European cities, but rising fuel prices made the routes unprofitable, and they were eventually cancelled.

At this point, DHL was already looking for possible connections between Chengdu and its own worldwide rail and truck network across the Asian landmass. But it would be nearly a decade before all of the pieces would fall into place and make the Iron Silk Road a reality. The company, joined by other multinationals like Hewlett-Packard, sent emissaries to towns and cities along the path of the proposed line, from Western China through Central Asia, and on to Russia and Europe, encouraging local governments along the way to strengthen their rail infrastructure and make special allowances for the China-to-Europe train, allowances that would, the pitch went, enrich everyone in time.

An in-depth New York Times report from July 2013 describes some of the measures HP in particular took to make the train run smoothly, including helping China modernize its customs process and visiting border facilities along the route. The containers themselves presented an issue as well – they had to withstand extreme temperature swings during the course of the trip. Today, the containers used on this route are sophisticated enough to track their own temperature, regulate it and relay the information back to the logistics companies who monitor the process.

But perhaps the biggest impact of Chengdu’s rise isn’t the creation of this rail link, but the massive improvements that have been made all along the route as it grew. Chengdu spent a decade ramping up air and land capacity, attracting big-name tech firms, establishing two Hi-Tech Zones and a Software Park, and raising the manufacturing capacity of the city and the living standards of its people.

Now those improvements are rippling across the landmass. Russia, Kazakhstan and Belarus created a customs union in 2012, greatly reducing delays at each country’s borders. These countries are investing billions in rail capacity, generating jobs and periphery businesses as they do so. And poorer provinces in northwestern China like Gansu and Xinjiang have improved their rail links and connected them to the route. A millennium ago, the original Silk Road made this region one of the most traveled in the world. Today, the old web is reactivating.