An Unusual Coalition in Boston Helps Save Homes from Foreclosure 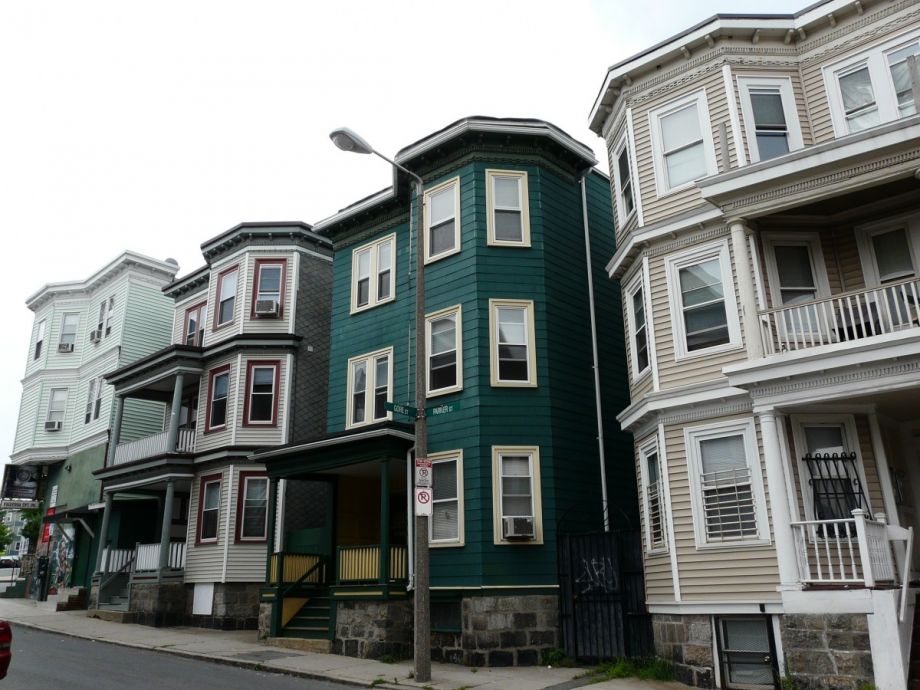 One day in early Summer 2012, a man yelled up to Alma Chislom from the front porch of her triple-decker apartment building, the style so common in the Boston area.

“The man on the porch asked if he bought the house, if we would want to stay,” says Chislom. She had moved just a few months earlier to the Park Street apartment after dealing with a landlord who didn’t pay the water or heating bills. “So here I am again thinking we’re going to be homeless,” she says.

Chislom wasn’t alone in this situation. As the subprime mortgage crisis and subsequent recession dragged on, particularly in poorer neighborhoods, buildings languished in various phases of foreclosure, leaving homeowners as well as tenants in limbo — easy picking for investors looking to flip entire blocks or neighborhoods into luxury housing. Tenant organizers in Boston began to see the foreclosure crisis as a new front.

Lisa Owens was one of the people at City Life/Vida Urbana who eventually helped Chislom stay in her home.

“We had a pretty major campaign that started with the big banks but ultimately ended with a demand directly to FHFA [the Federal Housing Finance Association], and Fannie Mae and Freddie Mac, which ultimately were the largest mortgage holders, to say ‘stop displacing people and do principal reduction for all of these homes that were under water,’” Owens says.

“It is probably the only place that I know of where radical housing advocates and more mainstream policy advocacy folks in the housing world, non-profit developers, for-profit developers, financiers, and city agencies all come together to deal with this [foreclosure] crisis and what has turned into now a displacement crisis for renters and owners,” says Owens.

The key, she says, is that even if members of the group might have opposing positions on other issues, everyone saw the benefits of stabilizing communities against foreclosure.

“Bank tenants” is the term Owens says the coalition developed to refer to the homeowners who were fighting to stay in their homes. In some cases, elderly people with significant medical costs couldn’t afford mortgage payments even after winning reductions in the principal owed. In other cases, there were not enough work hours available for younger people to cover mortgages for elderly or sick relatives.

“We were fighting for homeowners to stay in their homes, but what we found was that there was a subset of folks who … could not afford to buy back their homes, even at the reduced prices,” Owens explains. “We had to find another entity to buy those homes.”

Finding no other willing partners, the coalition morphed from an advocacy organization into an affordable housing developer.

“The [original] idea was to get a [community development corporation] to purchase the properties,” Owens said. “That didn’t happen. COHIF ended up creating new financial pathways to acquire and renovate these properties [itself].”

“We do what we call ‘integrated capital,’” says Boston Impact Initiative co-founder Deborah Frieze, “Meaning we put equity, debt and grants out into the world.”

Boston Impact Initiative limits its grantmaking to just three, Boston-area organizations, one of which is City Life/Vida Urbana. In keeping with its model, the group also invests in COHIF so the coalition can purchase the properties it wishes to save from foreclosure. It closed on a second round of investment in COHIF this summer.

The coalition’s transition from tenants’ rights organizing to becoming a landlord presented challenges. Maureen Flynn worked as COHIF’s Executive Director from 2012 until she began working with the City of Boston’s Department of Neighborhood Development.

“It’s a tough transition, and we spent a lot of time working on individual cases that were very difficult and presented tensions within the organization,” Flynn says. Dealing with these situations, she says, helped reinforce the group dynamic.

“We were so firmly on the ground with our members, everyone was able to be reasonable and understand the different points of view,” she says.

This capacity to engage in real discussions has helped the group evolve and cultivate the trust that has been essential to its survival and success so far.

“Folks took a gamble on us,” Owens says. She points to the way Boston’s only existing land trust, birthed by the Dudley Street Neighborhood Initiative, stepped up and acted as COHIF’s guarantor, allowing the group to purchase its initial four properties.

Over this past summer, COHIF was working on its second transition — from affordable housing developer to community land trust. Owens sees this as an essential move towards creating and maintaining affordable housing in the Boston area over the long-term.

For Chisolm, instead of imaging herself homeless, now the potential of a community land trust offers the prospect of a legacy she can pass on to her children and grandchildren.

“We’re already like a community,” Chislom says. “We can help each other. We can build each other up. We can reach out to other people.”

Participating in managing the land trust means an opportunity to make decisions about how to run that community.

“[I say] this is for you,” says Chislom, referring to her children. “You guys can grow it and stay here and run the house.”