An Eviction Researcher Turns to Tenant Organizing in Kansas City 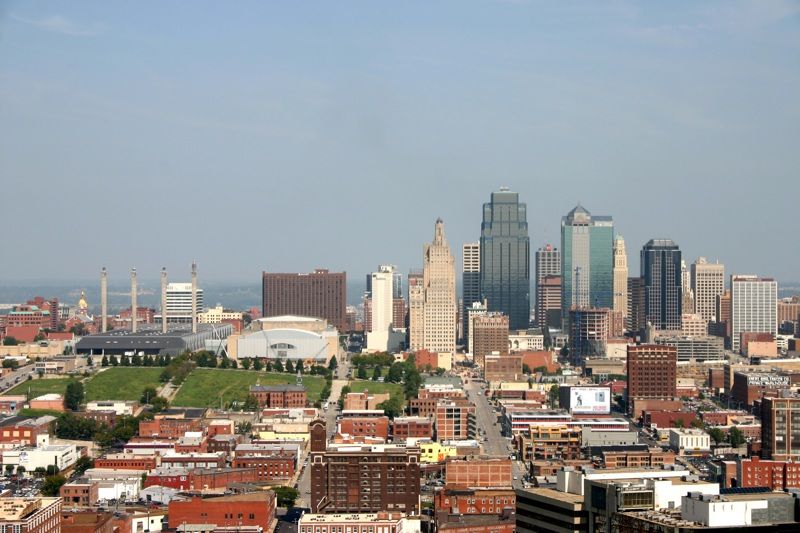 When she started working on what eventually became the Kansas City Eviction Project, Tara Raghuveer was a Harvard University student working on her senior thesis. The work was twofold: conducting ethnographic interviews with tenants and landlords, and analyzing almost two decades’ worth of eviction records from Jackson County, Missouri. The wealth of data helped Raghuveer attract partners to the project, including data analysts, lawyers, planners, economists and scholars. Raghuveer says the project — which documents the prevalence of eviction in Kansas City and the instability it brings to tenants’ lives — politicized her, and that it got into her gut. It also made an impact, featuring in dozens of local news stories and being cited in the Pulitzer Prize-winning book Evicted: Poverty and Profit in the American City by Matthew Desmond, a sociologist at Princeton University.

Raghuveer, who grew up in a well-off neighborhood on the Kansas side of Kansas City, was living in Chicago and working on housing rights campaigns for People’s Action, a network of grassroots advocacy groups. But she was traveling back to Kansas City all the time to present the research and speak on panels. She says she started to feel “irresponsible about running around presenting the data without committing to real work on the issue locally.” And it became clear to her that organizing directly with tenants was a more urgent priority than gathering and analyzing another decade of eviction data. In February of this year, she moved back to Kansas City full-time and launched KC Tenants.

“I can describe it as coming home in a certain sense,” Raghuveer says, “but also returning to a place that wasn’t anything like where I had grown up.”

At the time, the Kansas City mayoral race was heating up, and the first Saturday she was back, Raghuveer held a meeting of tenants and community organizers to talk about a strategy for making housing a central issue in the campaign. Fifteen people showed up. The next week it was 35. Every week since then it’s been between 50 and 60 attendees, Raghuveer says. She says the group has now organized a base of more than 100 people who regularly participate in actions, and it’s made contact with 16,000 tenants, either by going door-to-door or reaching out via text messages. At the beginning, Raghuveer says, nobody had a very clear idea of how a group like KC Tenants should act or what it should look like, and “that allowed us to be super ambitious from the jump.”

The group has released a policy platform calling for a wide range of actions, including a comprehensive tenants’ bill of rights, “ban the box” laws for tenants with criminal records, expungement of eviction records, rent control, and huge investments in affordable and public housing. It also called on mayoral candidates to reject campaign donations from developers. The editorial board of the Kansas City Star said the group’s work was “inspiring,” while disagreeing with its calls for rent control and for candidates to reject campaign money from the real estate industry. Before KC Tenants launched, mayoral candidates may have talked about housing a little bit, Raghuveer says, but after it started putting pressure on them, “they had to go to school on housing policy and get really good, really quick.” Both of the major candidates committed to championing a tenants’ bill of rights, according to the Kansas City Star. Before the primary, the KC Tenants voter guide was read by more than 1,500 people — which is a big deal in a Kansas City primary, Raghuveer says — and before the general election in June, it was read by 5,300 people, more than 10 percent of the total turnout.

“I have heard more people reference the voters guide who are non-political,” says Jacob Wagner, an associate professor of urban planning and design at the University of Missouri - Kansas City and faculty founder of the UMKC Center for Neighborhoods. “Artists and residents saying that helped them make decisions about who to vote for, so clearly there was a need for information and that really filled a vacuum.”

In the end, the candidate who scored highest on the KC Tenants questionnaire, Quinton Lucas, won the election. KC Tenants has quickly become an influential force in the city, Wagner says.

“And the reason why is because they combined the tenant organizing with a serious respect for data — understanding the importance of having research, as well as working within the various networks of existing community development and housing organizations,” he says.

Gina Chiala, executive director of the Heartland Center for Jobs and Freedom, which provides legal counsel for tenants who are going to eviction court, says there are two primary scenarios in which Kansas City tenants get evicted. One is when their housing is substandard, tenants withhold rent, and landlords refuse to make improvements and evict them instead. The more common reality, she says, is that “people’s wages are just not keeping up with the increases in rent, and so it only takes one small mishap for them to fall behind.” Chiala’s group is tiny — just two lawyers who stand in the hallway outside eviction court trying to help tenants find ways to slow down the process and understand what their legal options are. When they can’t stop eviction, they help tenants find support for relocation. Chiala worked with Raghuveer on the Eviction Project, and says that KC Tenants is helping to empower renters in new ways. Both groups support creating a right to counsel for tenants in eviction court, but know even that won’t be enough.

“I think I’m a good organizer,” she says, “but I think the results we’ve had so quickly … are a reflection, of course, of the palpable urgency in cities like Kansas City, where it feels like the writing is on the wall about gentrification.”

KC Tenants will spend the rest of the year pushing the mayor and city council to adopt a tenants’ bill of rights, Raghuveer says. It may also launch a campaign focused on the private market, pressuring landlords who have lots of substandard housing to make repairs, or protesting landlords who file a lot of evictions. But Raghuveer, who is also pushing for a “National Homes Guarantee” as the housing campaign director for People’s Action, says that the most important changes will involve massive investments in social housing and public housing. That will require commitments at the local level, but at the national level, too.

“Truly affordable housing is never going to be profitable for private developers,” Raghuveer says. “We need to acknowledge that and move beyond it instead of tailoring all of our housing policy at incentivizing affordable housing development, which actually won’t happen at the level of deep affordability that’s needed.”

EDITOR’S NOTE: We’ve corrected a line describing the work Raghuveer did in Chicago before coming back to Kansas City, and corrected Jacob Wagner’s title.