All the Single Ladies (To the Voting Booth) 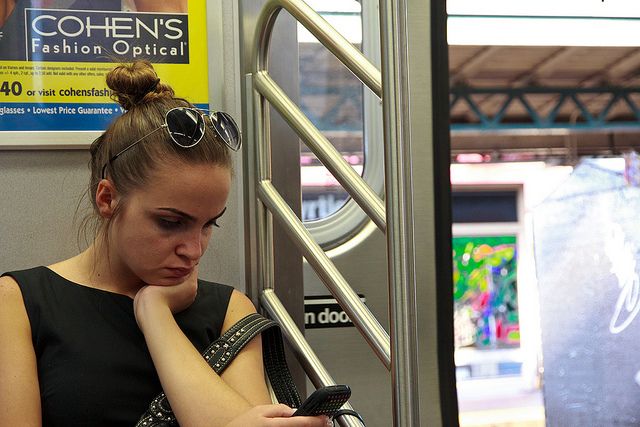 As part of its frenzied coverage of the lead up to presidential election, the New York Times ran a story on Tuesday about the candidates’ attempts to mobilize single women voters, a growing segment of the population who turned out in record numbers for the 2008 election (stop me if you’ve heard this one before).

There were over 56 million voting-age single women of in the U.S. in 2010, according to the Census Bureau, and of those about 30 million have never been married. This voting bloc has the potential to be a real kingmaker, if turnout rates weren’t traditionally so low.

According to the Times, it’s got both candidates wringing their hands, albeit for different reasons. Obama is facing the reality that married women are more likely to go with Romney — as they did with McCain in 2008 — while Romney probably hasn’t helped his case with his reactionary positions in the ongoing fray over reproductive rights and contraception.

But it’s the electoral college, not the popular vote, that the candidates are ultimately after, so the geography of single women matters more than anything. In fact, it matters more on the state level than it does on the national one, given that about 80 percent of electoral votes are already locked up. The handful of swing states will determine the outcome of this election, barring any last-minute surprises.

It raises the question, where are these unmarried women, and how did these jurisdictions vote last go-around?

Perhaps expectedly, single women are highly concentrated in cities, meaning that any effort to bring out their vote will have a disproportionate effect on municipal political contests.

According to Census data and projections, the Philadelphia metro area is host to nearly half of Pennsylvania’s single women, which would make targeted campaigning in Philly by the Obama camp a good idea if they are looking to firm up Democrats’ slight lead in the state. By the same token, if Romney wants to tip the scales in his favor in Ohio, his team might consider reaching out to single women in Columbus and Cleveland, where a combined 33 percent of them reside.

As far as being a predictor of election outcomes, the number of single women in a city seems to trend with Democrats coming out on top — but cities tend to go blue anyway, so there’s no telling whether their presence is a determining factor.

Addressing challenges in urban environments may be a necessary piece of the puzzle if either Obama or Romney is hoping to win over this emerging constituency. The candidates might want to consider giving housing affordability, public schools and transportation policy equal billing with the classic, if clichéd, women’s rights issues like reproductive rights and fairness in the workplace.