Affordable Housing Wins at the Ballot Box in 2018 – Next City

Affordable Housing Wins at the Ballot Box in 2018 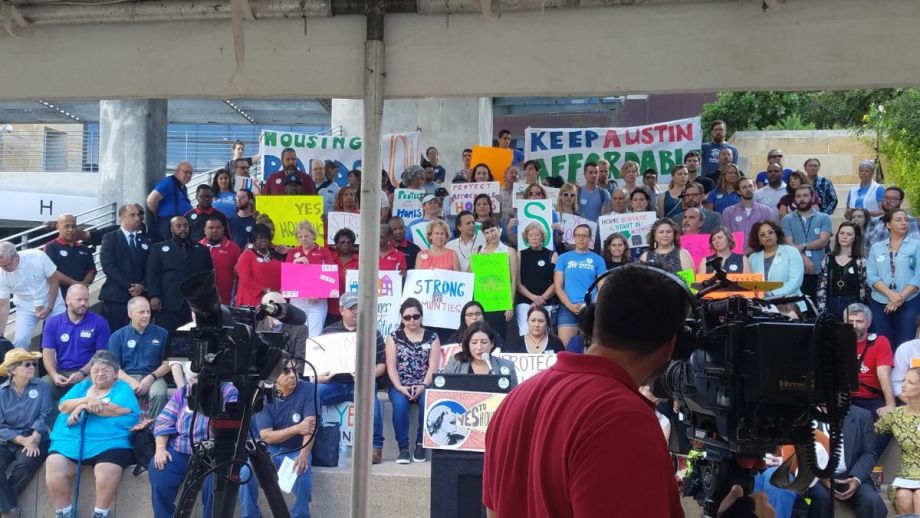 Casar, a second-term city councilman in Austin, wasn’t up for election on Tuesday, but voters were slated to decide on a $250 million affordable housing bond measure that he helped craft. He got to his polling place at 6 a.m., an hour before it opened, and says he “wasn’t even close to being the first in line.” It was a high-energy election. Texas Democrats were fired up by the prospect that the Congressman Beto O’Rourke of El Paso might pull off an upset and unseat Republican Senator Ted Cruz. And outside the state, it seemed like the whole country was at stake.

When the votes were counted, O’Rourke had narrowly lost, but Austin’s Proposition A had passed with flying colors, earning more than 73 percent of the vote.

“When we were first putting this package together, there were a lot of people who I really respect who said that a $250 million housing bond was a failure out of the gate,” Casar says. “Last night, all across Texas, but in Central Texas especially, our communities showed that the world of the possible is much broader than people might have imagined when people show up and fight and are inspired, and when people show up and vote.”

The bond, as Next City has covered, will be used primarily to acquire land for affordable housing development, while supporting rental assistance, affordable homeownership, and home repair programs. It’s the biggest housing bond that Austin has ever passed — four times larger than the last housing bond in 2013. A well-funded PAC called Keep Austin Affordable helped lead the campaign for Proposition A, but it was also supported by a coalition of advocates concerned about rising housing costs in the city.

“There were a lot of people who were inspired about voting not just for candidates but voting for an issue that mattered directly to them,” Casar said. “I think the housing bond shows in part how you can really inspire younger voters and voters of color to feel like their vote really counts.”

Austin wasn’t the only city considering a bond measure to support affordable housing. In Charlotte, voters were asked to approve $50 million in bonds to support an affordable housing trust fund, as Next City reported in September. Voters in San Jose faced the prospect of a $450 million housing bond to support affordable housing production and preservation, which proponents said would help create 3,550 new units in the Silicon Valley city. The housing bond in Charlotte passed with around 70 percent of the vote, according to the Charlotte Observer. The San Jose measure earned more than 60 percent of the vote, but didn’t reach the two-thirds threshold needed to pass.

In a statement to Next City, San Jose Mayor Sam Liccardo noted that voters had approved a separate ballot measure, known as “Measure T,” to fund infrastructure upgrades in the city but acknowledged that the hoped-for housing investment had not made the cut.

“Amid the historically deep division in our nation, a broad coalition of our San Jose community came together to pass the largest bond measure in San Jose history, Measure T, to rebuild our city,” Liccardo said. “With Measure T’s passage, we’ll make San Jose safer and more sustainable, with critical investments into repaving roads, upgrading our 911 emergency communications infrastructure, rebuilding fire stations and seismically-vulnerable bridges, and protecting open space in Coyote Valley … Although 62 percent of us supported the affordable housing measure, Measure V, that strong majority will not suffice for the two-thirds threshold required for passage, so I will be rolling up my sleeves in the weeks ahead to push for alternative solutions for our housing crisis.”

Overall, the 2018 elections showed positive signs for housing advocates around the country, said Diane Yentel, president and CEO of the National Low Income Housing Coalition, in a statement.

“Tremendous local and state victories on ballot initiatives to address homelessness and housing poverty mean new affordable homes for the people most in need and new alliances and momentum for bigger victories to come,” Yentel said. “And yesterday proved that housing is a winning campaign issue — one that voters increasingly understand and show up to vote for and one that causes policymakers at all levels to act.”

Beyond local housing measures, Yentel said in her statement, candidates for various offices around the country were helping to highlight concerns about affordable housing at the national level. And Democrats regaining control of the House of Representatives could put housing champions in control of important committees with jurisdiction over housing issues, she said.

“Yesterday’s election results show that we can achieve the investments and policy changes necessary to end homelessness and housing poverty,” Yentel said. “Until now, we as a country have chosen not to. But voters are increasingly demanding new choices, and policymakers are heeding the call.”