A New Tool for Understanding Transit Oriented Development – Next City 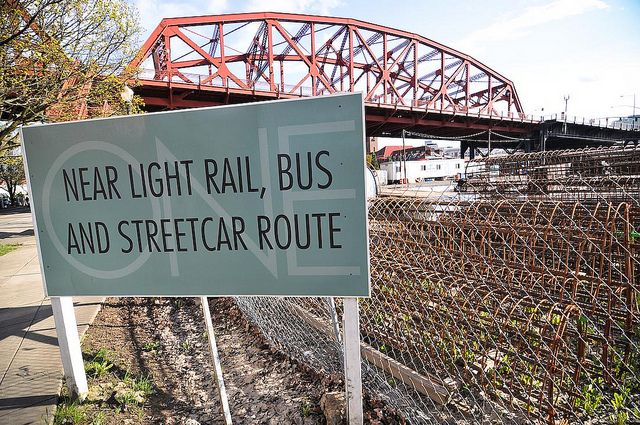 Where’s the closest stop? If you live in a city with a form of decent transit, this might be the question you ask more than any other. Advocates of transit-oriented development (TOD) always have this on the brain.

When talking about TOD, the proximity to transit is paramount. Equally important is where the actual development is situated. You can’t put a new train station a half-mile across a highway and expect people to flock to the neighborhood. Walkable paths and easy access are what matter.

Which is why a new tool for measuring the effectiveness and quality of TOD could change the way we look at, and eventually build, new developments along rail lines.

It’s called the TOD Standard, and comes courtesy of the Institute for Transportation and Development Policy. TOD Standard takes into consideration eight categories: Walking, cycling, dense networks of streets and paths, accessibility to transit, plans for mixed use developments, density, creating regions with short commutes, and shifting behavior in parking and road use. It’s designed for projects within a half-mile of transit centers, feature at least 20,000 square feet of development, and occupy an area of at least four square blocks.

That’s a mouthful, but it’s useful in practice. How can a TOD project be most useful for the businesses and people living in the area? As Yonah Freemark points out on his blog The Transport Politic, it’s like a LEED certification for TOD.

It’s still a work in progress and will be developed and revised over the next year, but its merits are no fluke. This isn’t some flash-in-the-pan idea.

More than anything, it could help give developers, and cities throwing around cash for public bids, a set of clear eyes. Rather than decide on a development based on which futuristic rendering is the most pleasing — this is the walkable city of the future, just look at these designs, man — city officials can take into account the Standard’s analytical objectivity. By looking at how people will actually use and interact with transit, cities can better understand where to put it.