“A New Generation of Poll Workers” Steps Up – Next City

“A New Generation of Poll Workers” Steps Up 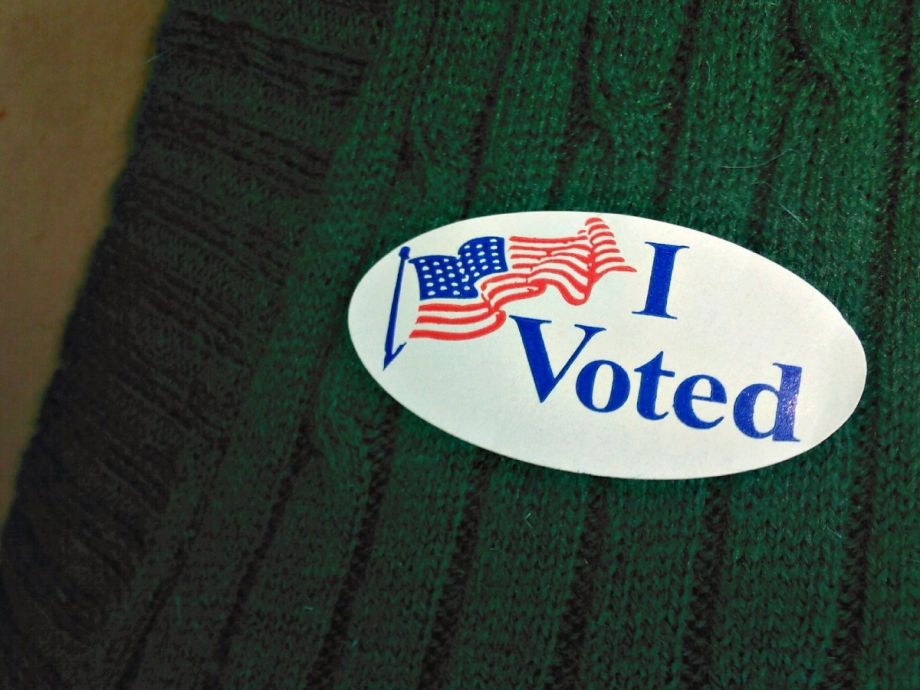 In less than 35 days, Ella Gantman will head to the polls for the first time—not only to vote, but also to be a poll worker. While Gantman has visited polling stations before with her family in their hometown of Washington, D.C., this time will be different.

“I’m expecting it to be really cool, in the fact that a lot of people are relying on you for help to cast their vote,” says Gantman, 19. “I’m really excited for those interpersonal connections and connecting with different voters.”

Gantman, a sophomore at Princeton University, says she’s always been passionate about democratic processes and civic engagement but hadn’t considered becoming a poll worker. That changed this summer when some of her fellow students met to brainstorm ways they could impact the election process.

The result was the Poll Hero Project, a nonpartisan group Gantman and other Princeton University students co-founded with students from Denver East High School and a graduate of University of Chicago Booth School of Business. The nonprofit group, with around 100 volunteers, is recruiting college and high school students to become poll workers. Their initial goal was 1,000 people; at last count over 28,000 had signed up.

As fears mount over if there will be a safe and fair election in November, various national efforts are underway to ensure election integrity and maximize voter turnout. One area of particular concern is the country’s potential shortage of poll workers to help with in-person voting. In response, new groups like the Poll Hero Project are mobilizing and existing ones getting creative to fill this gap.

Challenges with recruiting poll workers are not new. In 2018, around 70 percent of jurisdictions reported at least some difficulty in filling their poll worker jobs, according to a national survey by the U.S. Election Assistance Commission. But the COVID-19 crisis is making the problem much worse.

“What is new this year is a real significant need. We know that the majority of poll workers are over 60 years of age, and so likely in those higher-risk categories for complications of COVID,” says Ben Hovland, chairman of the U.S. Election Assistance Commission. “Coming out of the primaries, we saw real challenges that election administrators faced.”

In Georgia, for example, a shortage of poll workers resulted in huge lines and in Milwaukee only five polling stations out of the usual 180 were open.

In response, the Election Assistance Commission launched the first ever National Poll Worker Recruitment Day on September 1 and its Help America Vote website. Raising awareness is essential, says Hovland, as many people don’t realize they can become poll workers, that it’s a paid gig and that it’s nonpartisan.

“At a time when people are looking to make a difference or be able to do something, here is an absolute concrete way to help our democracy,” he says. “We know that people who serve as poll workers, particularly when it’s young people, they become more familiar and comfortable with the process and it leads to more long-term voting and engagement.”

The Poll Hero Project is using social media to reach young people, with a focus on cities especially at risk of poll worker shortages. Once someone signs up, one of the group’s volunteers guides them through the process. Gantman says they aren’t yet able to monitor how many people actually go on to become poll workers, but their engagement team is staying connected with those who sign up to encourage follow through. So far, the majority of those who’ve signed up are high school students. In many states people younger than 18 can be poll workers even if they can’t vote.

“It’s so compelling to have students recruiting other students. That has been a huge part of our success,” Gantman says. “There’s a unified Gen Z pride, a little bit, in being that generation that’s going to create change this election.”

Erika Soto Lamb, a co-founder of Power the Polls and VP of social impact strategy at Comedy Central and MTV, says this diversity of organizations has allowed them to tackle the issue from many different angles simultaneously.

“Not enough poll workers means not enough polling locations, further to travel to polling locations. It means long lines and all of that equals disenfranchisement, particularly for low-income voters and marginalized communities of color,” she says. “Step one is sounding the alarm bell that this is a problem. Step two is letting people know they can do something right now to fix it.”

When Power the Polls launched in July, they set a recruiting goal of 250,000 people. Those who sign up are connected with their local board of elections to learn more about becoming a poll worker. Through social media outreach, digital marketing and promotion by celebrities such as the comedian Trevor Noah, they have already signed up over 530,000 people.

“I’ve worked on a lot of different social issue campaigns, but I am not sure I’ve seen something catch fire so quickly. I think it helps a lot that it’s a rapid response project,” says Soto Lamb. “There is one election in X number of days, right in front of us and it’s a really tangible opportunity.”

While encouraging, it’s still too early to gauge the success of their recruitment efforts. However, Soto Lamb says there are promising signs—such as in parts of Colorado, Madison, Wis., and Salt Lake City, Utah, where they’ve seen overwhelming interest. Organizers are also following up with those who’ve signed up, particularly in regions where there’s still a high need, to ensure people show up on election day.

The data powering Power the Polls’ website is from Work Elections, a database also being used by Help America Vote. Bob Brandon, president of Fair Elections Center, the nonprofit voting rights group that developed Work Elections, says they created the web portal after noticing that people weren’t signing up to become poll workers because local jurisdictions’ websites had “too much gobbledygook about what to do.” Work Elections makes the application process easier by centralizing this information for 4,500 jurisdictions.

Though there’s still much work to be done, Hovland and others say they’re a little less worried now, given the record number of sign ups and how these efforts seem to be proliferating, from More Than a Vote, a group of Black athletes and artists focused on recruiting poll workers in heavily Black electoral districts, and Facebook’s poll worker recruitment drive to more grassroots efforts.

“This moment has demanded that we find a new generation of poll workers and get people to step up, and I think we’re seeing that happen,” Hovland says. “The impact of this will certainly be seen in 2020, but also beyond that.”

Editor’s note: This story was originally published in Ms. Magazine, and is reprinted here as part of the SoJo Exchange from the Solutions Journalism Network, a nonprofit organization dedicated to rigorous reporting about responses to social problems.

Juhie Bhatia is a journalist focused on gender and health issues. Formerly the managing editor of Women’s eNews, she’s also written for The Guardian, Rolling Stone, Nature Medicine and Bust magazine, among others.