5 Reasons Why Your City Should Have a Zero Waste Plan 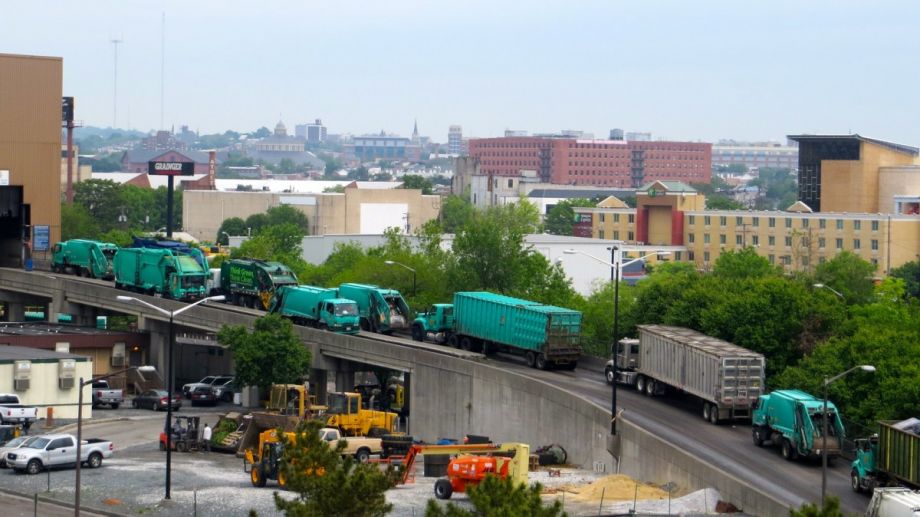 As cities cope with the intersecting crises of COVID-19, systemic racism and inequality, and climate change, it’s become ever more clear that we can’t go back to “normal.” Waste justice has a forgotten face, the face of Black and brown communities across America who are impacted when we lean on outdated systems that lead us down a destructive path. We are calling upon our city leaders to pivot away from current systems and invest in zero waste, which would safeguard public health, create good jobs, build local economies and fight climate change.

Zero waste isn’t just about individual choices. Our cities must build systems that facilitate this sea change in how we produce and consume, and ensure that zero waste is an accessible option to all. The good news is that communities and city leaders across the country have already pioneered strategies to get their cities closer to zero waste, and the benefits are significant. Here are five reasons why your city should make a zero waste plan:

Handling a city’s worth of garbage costs residents a pretty penny. In New York City, for example, hauling waste to landfills and incinerators cost a whopping $409 million in 2019. Strategies that reduce waste can help cities save on disposal costs, freeing the budget for other public programs and services. In Detroit, City Councilman Scott Benson estimates that transitioning the city to zero waste would save 2-3% of the city’s budget, a huge win for residents, who are currently footing the bill.

Zero waste programs are also known job creators, and are a great way to transition workers away from polluting industries like incinerators to healthier and more beneficial jobs. Zero waste infrastructure like recycling, composting and reuse can create up to 250 times as many jobs as waste disposal. For example, in the city of Berkeley, a reuse warehouse called Urban Ore collects a broad array of discarded materials for sale, from egg beaters to reclaimed wood. The business, which has a partnership with the city, has created 40 jobs with living wages and benefits, and brings in 7,000 tons of goods each year that would otherwise be discarded, and turns them into profit. In Boston, MA, CERO co-op, a worker-owned composting business, has created good jobs for local community members, primarily immigrants and people of color, has saved their customers over $400,000 in trash hauling expenses, and diverted over 11 million pounds of food waste from landfills. A zero waste transition is a tremendous opportunity for cities — it both saves money, and provides good paying, sustainable careers.

When we set our garbage cans at the curb every week for pick-up, that trash doesn’t magically disappear. It goes to landfills, which emit powerful greenhouse gases and can leak harmful substances that can get into our groundwater; and incinerators that belch heavy metals, particulate matter, and other harmful chemicals, which can cause air pollution and toxic ash that needs to then get landfilled. These polluting waste management structures put our communities at risk of cancer, respiratory disease, birth defects and other harms that can be avoided through a transition towards zero waste.

In Baltimore for example, the Wheelabrator incinerator is the city’s single largest source of air pollution, and the facility’s emissions cost Maryland $55 million in health care expenses annually. Residents have been tirelessly fighting for years to get the city to shut down the incinerator and double-down on reducing waste. Shashawnda Campbell, resident and activist with the Baltimore Community Land Trust, explains, “When I walk into a classroom and ask who has asthma and 90% of hands go up, that is not ok. And those people matter. Zero waste is important to communities because it says that we matter.”

Low-income, black, and brown communities bear the brunt of waste pollution: in the U.S., 4.4 million people are exposed to pollution from incinerators, and almost 80% of incinerators are located in marginalized communities.

There is a growing movement of people calling for a “Just Recovery,” where the root causes of the disasters that we’re experiencing are addressed, and the communities that have been most harmed are centered in all recovery planning and investment. Transitioning to a zero waste system is a prime example of how recovery projects can go a long way towards addressing systemic inequities in our cities.

In both Detroit and Baltimore, community activists are working on community land trusts as a way to redistribute power and resources to marginalized communities, prevent gentrification and build resilient neighborhood structures like community gardens and composting. In Baltimore, the City Council has already committed $20 million to a trust fund to build Community Land Trusts. As Campbell states, “It’s important that we are the self-drivers of our community, because WE know what’s best for us. It’s not just about having a house, it’s about having clean air to breathe.”

Waste doesn’t come out of nowhere— it’s a symptom of the larger take/make/waste economy that’s hurtling us closer and closer to climate chaos. 62% of global greenhouse gas emissions come from the materials economy, from extraction of natural resources to make products, to the disposal of the resulting waste. Incinerators alone emit a ton of greenhouse gases for every ton of waste burned, even when factoring in energy production from the process. Zero waste systems (also referred to as the circular economy), would lead to an eye-popping 48% reduction of carbon dioxide emissions by 2030. Going zero waste would be a giant leap forward for cities that are serious about halting climate change.

It’s the cool thing for cities to do!

Zero waste cities have been gaining a lot of ground in the past several years, and major cities around the world are recognizing that reaching zero waste must be prioritized in a city’s sustainability agenda. In Europe, over 400 municipalities have committed to zero waste, and the European Parliament has agreed to direct resources towards building a circular economy in the region in its Just Transition Fund planning. Across the world, dozens of cities including New York, Paris, Sydney, and Tokyo have signed on to the C40 Zero Waste Declaration, committing to reducing the municipal solid waste generation per capita by at least 15% and reducing the amount of municipal solid waste disposed to landfill and incineration by at least 50% by 2030 compared to 2015. These watershed moments show how cities across the country need to get on board, or be left behind.

It’s not just our garbage that’s piling up— as climate change and other existential threats intensify, our cities are on the front lines of the problem. However, as we’ve seen in the Trump administration, while the federal government sinks into dysfunction, cities have led the way towards real solutions. Dealing with our waste might not be the most glamorous thing in the world, but it has the potential to be one of the most simple yet transformative actions we can take to build more just and sustainable cities. The solutions are out there—it’s time for our city leaders to act to put them into action.