16 Small Cities Team Up on Bike-Share – Next City

16 Small Cities Team Up on Bike-Share 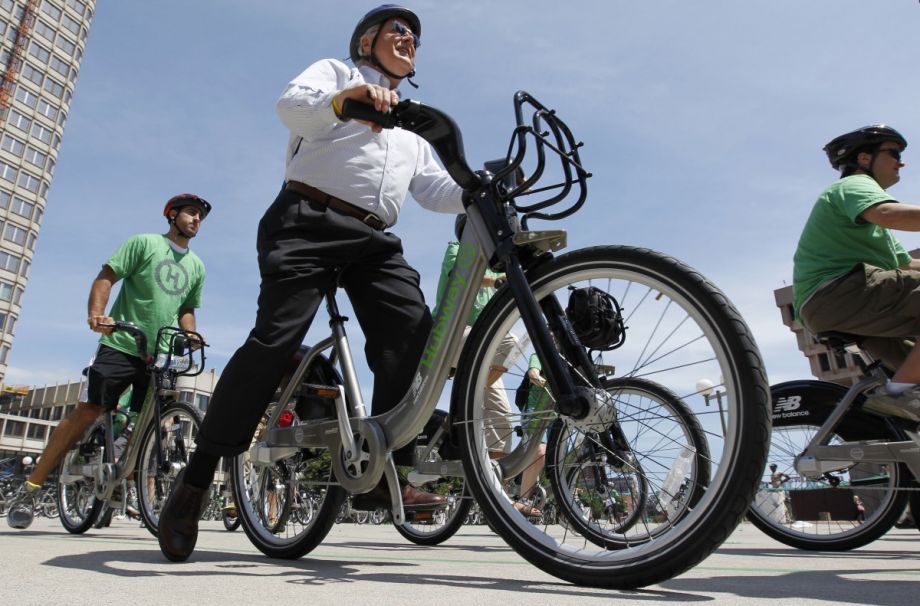 In 2011, the Metropolitan Area Planning Council (MAPC) helped bring bike-share to Boston, and a year later, the system expanded into the surrounding communities of Cambridge, Somerville and Brookline. Now, in a move that echoes efforts in the California Bay Area and New Jersey, the MAPC will create a regional, rather than city-based, program with involvement from as many as 16 small towns and cities around Boston.

The municipalities interested in joining include Arlington, Bedford, Belmont, Chelsea, Concord, Everett, Lexington, Malden, Medford, Milton, Newton, Revere, Winthrop, Quincy, Waltham and Watertown, WickedLocal Concord reports. The system will likely include dockless bikes and e-bikes, but the company (or companies) running them have yet to be chosen — according to the website, MAPC plans to solicit proposals from bike-share companies in mid-November.

The council appears to be open to the venture-funded start-ups running most U.S. dockless systems. Those companies, like LimeBike and Ofo, have been successful in Seattle but are not universally beloved in U.S. cities, particularly those with already-established public-private partnerships behind their bike-share systems. Because they’re venture-funded, however, those companies can offer cities a private system with few upfront costs and no taxpayer funds.

“These recent rapid changes in the bike-share industry have created a unique opportunity for Boston’s suburbs to launch a large-scale regional bike-share system without having to raise large amounts of public capital,” Marc Draisen, executive director of MAPC, said recently, according to WickedLocal Concord. “Our goal is to have high-quality bikes that will be well maintained, in a system that is easily accessible throughout the participating communities — and we want a seamless experience for riders crossing municipal lines.”

Established P3 systems have also had some success with multi-jurisdictional expansions, like the Bay Area’s Ford GoBike, which has stations in the Oakland, Emeryville and Berkeley, as well as San Francisco, and New York’s CitiBike, which launched an interoperable system with Jersey City in 2015.

The Boston-area partnerships will no doubt be instructive to watch as smaller cities and towns begin to roll out bike-share systems. Those towns’ smaller size — combined with the fact that, often, multiple municipalities bleed together in more suburban counties — can create geographical boundaries that pose a real problem for connectivity.