The makeover is also a model for public space redesign that successfully pays heed to inclusivity, resilience and walkability. 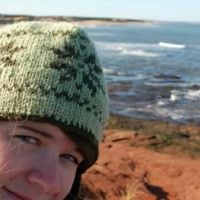 The $380 million CityArchRiver project is transforming the landscape around and beneath St. Louis’ Gateway Arch. (Credit: CityArchRiver Foundation)

Ryan McClure is still adjusting to the new view from his office overlooking the space between the Old Courthouse and the Mississippi River in St. Louis. On this particular day, the grassy scene seven stories below includes several small figures tossing a football, the towering Gateway Arch a stunning backdrop to their game.

“You didn’t see stuff like this happen before — it was just this square park that was separated, because you get over here and you have the highway,” McClure says of the area that is now Luther Ely Smith Square, which will link to a downtown-facing Arch entrance in 2017. “The purpose of this is to provide a welcoming, relaxing spot for people to sit, contemplate, look at the Arch or be active and play before they go into the facility. And it’s all part of better connecting the Arch to the city that it represents.”

That larger $380 million project, known as CityArchRiver, is a multifaceted effort to seamlessly join the treasured but somewhat isolated national park and surrounding riverfront to downtown St. Louis. The makeover is also a model for public space redesign that successfully pays heed to inclusivity, resilience and walkability.

Construction on the earliest components began in 2013, with most of the final work expected to wrap up next year — a timeline that speaks to the scale and complexity of the project as well as the need to keep the Arch open to the public as much as possible.

“One of the most beautiful things about this project is the cooperation between all those entities” including the National Park Service, city government, Great Rivers Greenway and Bi-State Development Agency (Metro Transit) among others, says McClure, who is director of communications for the CityArchRiver Foundation, which oversees $221 million in private funds raised for the project. “And I think one of the main reasons that this is happening is because all those groups are working together toward a common goal of improving the Arch experience for everybody and connecting it to the region.”

Also key to progress so far is public support, with voters in both the city and surrounding county passing Proposition P, a sales tax hike, in April 2013. Lifelong resident Christie Lee, who was among a steady stream of Archgoers on New Year’s Eve, says she supported the measure, which directs $90 million to CityArchRiver improvements. Although she and her family tend to visit the Arch only when they have out-of-town guests, Lee is excited about the prospect of more activity along the St. Louis riverfront.

“I think it will mean more people exploring downtown,” she says, “and I think it’s going to be beautiful.”

A recurring theme is the elimination of barriers, ranging from the capping of a highway, to the removal of a problematic parking garage that loomed large beside historic Eads Bridge, to an accessible alternative to the stairs cascading from the base of the Arch to the river’s edge.

“We are thrilled to see the sloping pathways taking shape on the Arch grounds,” says Emma Klues of Great Rivers Greenway. “Those will let folks of all abilities get down to the riverfront.”

A mile-and-a-half stretch of greenway is in the works alongside the existing riverfront boulevard, which itself has seen big changes in recent months — not the least of which involves 30-some additional inches of elevation. That should reduce routine flooding of the area throughout the year, Klues says, by about 60 percent.

Doing away with the 1,200-spot parking garage that once anchored the northern edge of the Arch grounds — and simultaneously hindered access to and from nearby neighborhoods — is another crucial piece.

“Aside from being a barrier, it caused an island effect, where [out-of-state visitors] park here, they go to the Arch, they get back to their car and they never set foot in St. Louis,” McClure says. Citing studies that showed roughly 2,000 vacant downtown parking spaces within a five-minute walk of the Arch on a typical day, he describes “an overabundance” of visitor parking still to be had. A mobile-friendly website and other efforts to make visitors more aware of those nearby options are underway.

“Like anything else there’s a learning curve involved, and it’s a new way of going about things,” says Rhonda Buell Schier, chief of Museum Services and Interpretation for the Jefferson National Expansion Memorial. “There’s been a real effort among the parking garage community to make sure that facilities are up to the needs of the modern visitor.”

A former teacher, Schier is especially excited about the final phases of the multi-year project, which she sees as accomplishing “something really significant” for the region. When the transformation around and beneath the Arch is complete, visitors will enjoy a more spacious and interactive museum, education center and overall destination.

McClure points out that CityArchRiver is the largest private investment in a national park since the renovation of the Statue of Liberty and Ellis Island in the 1980s. The local public funding from Proposition P is also unique — a rare instance of a local jurisdiction voting to tax itself for improvements to a national park.

Ron Zager, who moved to St. Louis just after the Arch opened decades ago and spent many a lunch break on the grounds when he worked downtown, voted against the 3/16ths-of-one-cent sales tax increase and remains somewhat skeptical of the CityArchRiver project. But he also admits to initially thinking the Arch itself “wasn’t a good idea” and has since come to appreciate it.

“I’m often proven wrong,” Zager says, standing near the southern leg of the Arch on a recent visit. “When it’s done, I’m sure it’ll be nice.”