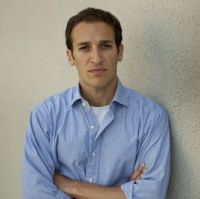 Aaron Wiener covers urban development for the Washington City Paper. He previously worked as a correspondent for the Los Angeles Times in Berlin and an editor at The Washington Independent, Talking Points Memo, and The Washington Post. He has also written for Slate, Foreign Policy, Monocle, The New Republic, and The American Prospect, among other publications.

Why Urbanists Everywhere Should Be Fighting for D.C. Statehood

Why Streetcars Aren’t About Transit