Next City Adds Four Members to Board of Directors

Next City Adds Four Members to Board of Directors 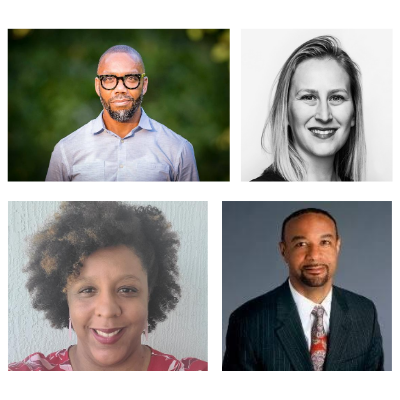 “I’m excited for the energy and perspectives that our new board members will bring to the work of Next City,” said board chair Eric Shaw. “Their leadership within the fields of academia, philanthropy and publishing and their commitment to advancing narratives from grassroot leaders on the topic of racial equity are necessary as Next City provides reporting and programming during this pivotal moment within the country.”

Next City, a nonprofit news organization, is in its 17th year of publishing journalism that amplifies solutions and helps spread them from one city to the next. With its stories and events, Next City supplies changemakers with information that fuels the fight for economic, social and environmental justice.

Lind is Next City’s former executive director and editor-in-chief, having served in those roles from 2008 to 2014. She now ascends to the board of directors.

“I am thrilled to continue my involvement with Next City, this time as a board member, and to work with staff and board to ensure the organization’s continued success,” said Lind. “With Next City’s focus on topics such as equitable development and housing, it is more relevant than ever to the field of practitioners and advocates it serves. I look forward to helping support the organization in this next period of strategic growth.”

Lind is the author of the book, Brave New Home: Our Future in Smarter, Simpler, Happier Housing. She has worked at Architectural Record magazine, the Philadelphia Inquirer and the University of Pennsylvania. She is currently the executive director of the Arts + Business Council for Greater Philadelphia and the housing fellow at the global nonprofit NewCities.

Perry is a fellow in the Metropolitan Policy Program at Brookings, a scholar-in-residence at American University and a columnist for the Hechinger Report. He is the author of the new book, Know Your Price: Valuing Black Lives and Property in America’s Black Cities. He’s also a regular contributor to MSNBC as a nationally known commentator on race, structural inequality and education.

“My professional passions for urban studies and journalism are being satisfied by my joining the board of Next City,” said Perry. “I’m excited about contributing to the growth of this important outlet.”

Ross is the founder and principal of Spirit for Change Consulting, LLC where she works with mission-driven organizations on creating and sustaining equitable policies, practices and places. Ross has worked in multiple sectors, including senior leadership roles at the Knight Foundation, U.S. Department of Housing and Urban Development, and the ULI Terwilliger Center for Housing. She serves on the board of KaBOOM! and the national advisory committee for National Initiative on Mixed-Income Communities.

“I’ve trusted and relied upon Next City’s reporting since its inception, so I am delighted to expand my support of this organization as a member of the board,” said Ross. “At a time when newsrooms across the country are contracting, Next City’s work to advance a critical dialogue on the equitable future our cities need becomes that much more essential.”

Next City publishes hundreds of stories each year on the ways urbanism can make cities more equitable. Next City also compiles its best reporting into ebooks, hosts webinars with practitioners who share lessons from their work and convenes live events such as the annual Vanguard Conference for rising urban leaders. More than 500 Vanguard alumni are working today around the globe. Originally named The Next American City, the organization began publishing a quarterly magazine in 2003. What started as a black-and-white printed publication staffed by volunteers ultimately grew into a popular and influential magazine that reached 1 million people over the course of its 31 issues. Today, Next City is a trusted voice on urban policy, reaching more than 2 million influential doers and changemakers via Next City’s website annually. Another 150,000 follow coverage on social media, and 50,000 subscribe to newsletters. All are in search of ways that cities can be reimagined as truly equitable and inclusive.