Who Manages Wealth Matters for Cities – Next City

Who Manages Wealth Matters for Cities 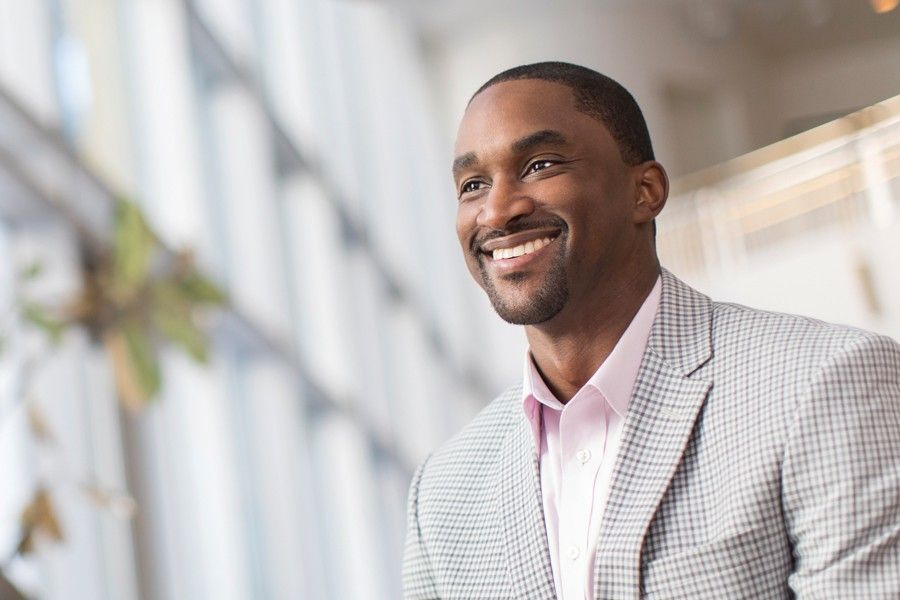 Keith Beverly was born and raised in Washington, D.C., where his family attended tiny St. Francis de Sales Church in the northeast quadrant of the district, the part of D.C. that travelers breeze through on their way into the nation’s capital. Outside of his hometown, his favorite city is New Orleans. He was just there again on a trip to meet up with some current and potential clients for Grid 202 Partners, the all-black financial management firm he launched a few months ago.

While the firm is also open to working with foundations, universities and other institutional clients, Beverly founded Grid 202 with a mission to serve black professionals or other professionals of color. That might seem risky, given the relative lack of wealth among those circles, but Beverly knows all about managing risk, with 15-plus years of experience in investment management and financial planning.

“We recognize that because we are a diverse firm seeking diverse clients we have to work harder than typical firms because we’re not going to have a lot of clients who are inheriting millions of dollars or clients who receive down payments on their house from their families,” Beverly says.

A few important changes in the world around him convinced Beverly it was time to start his own company to focus on clients like these. Those changes included new opportunities to invest in venture capital funds led by people like him and focused on investing in people like him, as well as Opportunity Zones bringing more investor attention to neighborhoods like those where he grew up.

“My fear with Opportunity Zones is that effectively you have this large pool of capital that … doesn’t constitute the wealth of people of color, and that wealth is going to flow predominantly into black and brown communities,” Beverly says. “I want to make sure that the wealth created through the legislation over the next ten years, that some of it, at least as much as possible, will in fact go to communities of color.”

Racial wealth inequality is staggering enough on its own. White median household wealth is $171,000, compared with just $17,600 for black households. But the lack of representation among those managing wealth may be even more staggering. Out of $70 trillion managed by asset management firms registered in the U.S., less than one percent are managed by firms led by women or people of color, according to a 2017 report from the U.S. Government Accountability Office. Beverly’s firm, one of the rare exceptions, aims to build relationships with people who probably hadn’t thought they could afford or could use a financial planner, while also steering dollars toward investments that will benefit black and brown neighborhoods.

Asset management firms handle money for clients of many sizes, from individuals who may be worth billions of dollars to insurance companies, university endowments, foundation endowments, public and private pension funds. You may know them as the company that handles your 401(k) or other retirement account. You may not spend much time thinking about it, but you’re paying these companies to decide which investments to make with your money, based on some basic parameters you or your employer might have given them for risk and potential return. When venture capital funds or developers need capital to invest in companies or projects, they contact these companies.

Beverly came out of that world with experience managing wealth as well as the sense there was a market segment that wasn’t getting the same level of personal attention and service as people worth billions of dollars — black professionals and other professionals of color whose families didn’t have much wealth to hand down to them. He’s seeing and meeting more and more of these potential clients who are reaching the stage of their careers where they are saving and earning enough to consider putting a financial advisor on retainer, if only one was interested in working with them.

“I see an opportunity for the demographic of clients I want to work with,” Beverly says. “I can work with them at an earlier stage in their professional career than they otherwise would have access to someone with our level of credentials and experience and expertise.”

According to Beverly, most private wealth management firms won’t consider new clients unless they have at least $10 million in “investable assets,” or dollars they are ready to move into higher-earning investments. For Grid 202’s 40 or so clients thus far, most of which followed Beverly from his previous job, Beverly estimates a median of $350,000 in investable assets.

“Our clients are often sitting on large cash piles prior to working with us, then we deploy much of their cash reserves to higher yielding investments,” he says.

The industry had also changed, from a prevailing fee-for-transaction type model to a retainer-type model that works better for new firms like Grid 202, known in industry parlance as RIAs — registered investment advisors. As a result of that evolution, RIAs have been growing at a record pace, with some 12,578 of them now serving 34 million people.

“Financial planning as a field has evolved,” Beverly says. “It used to be more of a product-centric industry. I’d say it’s evolved to a more consultative approach, of giving advice. More recently as RIAs like mine have proliferated, there’s much more focus and attention given to the process of financial planning.”

Beverly, who holds both Certified Financial Planner (CFP) and Chartered Financial Analyst (CFA) designations, isn’t the only one who sees an opportunity to serve yet another underserved market segment. He’s already attracted six more people to the firm, proudly describing Grid 202’s website as “a bunch of black people with a bunch of letters behind their names.” Three of his new colleagues hold CFP designations, one of whom may also be the only black woman in the country with a Ph.D. in financial planning; another is a CPA — certified public accountant; another is an AFC — accredited financial counselor. Recent recruit Jochebed Bogunjoko is currently studying for her CFP examination.

Spreading out over the country also helps find clients. While Beverly splits his time between D.C. and North Carolina, others in the firm are based in Maryland, Denver, Houston and Los Angeles.

Having an accredited financial counselor onboard is also a key part of Grid 202’s strategy to reach out to folks who may not yet be ready to put money into a venture capital fund or Opportunity Zone project, but might be someday.

By charging his clients on a sliding scale, “we’re able to grow with them,” he says. “It’s a market segment or demographic that ten years ago, fifteen years ago, wouldn’t have been a viable business model.”

The investments Grid 202 anticipates making on behalf of its clients include investing with minority-led venture capital firms like Backstage Capital, 645 Ventures, Harlem Capital or the Impact America Fund, which have all emerged as a response to the dramatic racial disparity in venture capital-backed startups. Black women in particular have raised only .0006 percent of the $424.7 billion in total tech venture funding raised since 2009.

Grid 202’s involvement is essential to broadening access to venture funds that want to do something about that disparity. Venture funds often have minimum investment amounts that may be too high for Grid 202’s clients individually.

“Someone may not have $100,000 or maybe it doesn’t make sense in the context of their portfolio to put that much into one investment, but maybe they could put $10,000 in, recognizing that it’s a high-risk investment and that makes sense for their overall portfolio,” Beverly says. “If I can find ten of those people we can cut a $100,000 check.”

When it comes to Opportunity Zones, few if any of Grid 202’s potential clients may be a good fit, because the tax break is on capital gains income, meaning it only goes to investors who have already made big investments in the past and want to cash out today. Beverly doesn’t anticipate many clients coming to the firm with a lot of capital gains income. But he doesn’t believe that means their clients have to be left out.

“The capital gains aren’t necessarily there in our community,” he says. “But my thought is, I want to be first dollar in. Say it’s a $100 million project, I want our $10 million to be the first $10 million in and the remaining $90 million might be institutional capital, or other sources including Opportunity Zone investors, but I at least want to make sure that we’re participating.”

In real estate, it’s not uncommon for early investment to convince larger investors to come on board, like Community Foods Market did in raising its first investor dollars from the West Oakland community around it (see our coverage of that last week). Beverly hopes early investment arranged through his firm might help certain developers or projects stand out from others as Opportunity Zone investors start shopping around for where to put their money. He’s seeking out developers who understand that bringing new capital to a disinvested neighborhood must be done carefully to avoid displacing those who are already there.

“All the developers I’m talking to are local to where they’re working,” Beverly says. “You have people with a personal tie to the city, who know the people who are there. Just talking to real estate people it’s all about finding properties at attractive valuations. Having a home-field advantage, having those deep ties and deep roots in those areas turns out to be a competitive advantage for a lot of those developers.”