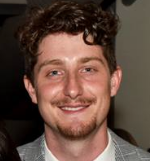 Only a couple blocks from her Westport row home in South Baltimore, Keisha Allen enjoys an elusive perk: At the end of her street, she can gaze out at the calm Middle Branch of the Patapsco River feeding into the far busier Inner Harbor.

Despite being boxed in by man-made infrastructure — there’s the Baltimore Gas and Electric substation one block away, the freight and light rail tracks in view, and I-95 overpasses and BRESCO trash incinerator just to the north — the waterfront view makes up for it.

“I like where I live,” says Allen, president of the Westport Community Association and a homeowner there since 2008. “It’s therapeutic even if it’s for 10 seconds that you can see the waves kind of rumbling, or you can see the Hanover Street Bridge.”

“I’m enjoying taking it in before the buildings get put up and we won’t see it this far back.”

Allen expects her view will change with all that will follow a sprawling new amenity along the waterfront below. A recently unveiled design reimagines the Middle Branch as a “blue green heart” for Baltimore, with an 11-mile loop connecting the shorelines of Westport, Cherry Hill, Riverside, Brooklyn and Port Covington. The blueprint for the oft-overlooked area is to revitalize it with boardwalks, pavilions, outdoor performing arts space, boat launches, water taxi stops and more.

It’s the brainchild of West 8, the Dutch landscape design firm behind Governor’s Island in New York, Toronto’s Central Waterfront and other lauded urban green spaces. The company won a city-endorsed design contest in July to help plan the transformation.

West 8 hopes to upcycle dredged material from the nearby Port of Baltimore as the base for the new marshes and greenery at the water’s edge, similarly to how the firm’s home country of Holland designed new infrastructure like dikes and bridges.

“This plan might look a little bit pie in the sky,” says West 8 project leader Douglas Brooks. But with an average of 1.5 million cubic yards of sediment dredged annually from the harbor and available to use, “something like this could really take place in the next decade.”

The design eyes major re-uses as well, like converting an abandoned swing bridge into a pedestrian walkway and fashioning a linear park out of the 103-year-old Hanover Street Bridge. Currently traversed by thousands of cars weekly, its days as a commuter thoroughfare are numbered without at least $50 million in repairs, according to a recent study. West 8’s plan would gradually shut it down to most traffic and build a newer viaduct further down the river carrying traffic to Under Armour CEO Kevin Plank’s Port Covington mega-development.

To be clear, West 8’s current design is entirely for a public amenity and not commercial and residential development, though city planning director Chris Ryer says the firm may eventually propose development guidelines for surrounding neighborhoods. But Franklin Lance, president and CEO of the Parks and People Foundation, which managed the design contest, acknowledges it’s “inevitable” property values will rise as a result, and commercial and residential construction would follow.

This isn’t the first time the Middle Branch has been eyed for an overhaul; the city published a master plan in 1977 and revised it in 2007, and private developers, most recently Patrick Turner, have plotted projects that never materialized.

But stakeholders and city leaders say this plan is the future. While the project is nascent, without so much as cost estimates just yet, Baltimore Mayor Bernard C. “Jack” Young has already directed agencies to plan for a multi-year design and construction project while West 8’s contract is being finalized, and fundraising is underway.

“This could be the next High Line, the next Governor’s Island, the next Shelby Park,” says Lance.

He, Allen and others concur the park would be the recreational, eco-forward foil to the unsparingly commercial and hardscaped Inner Harbor. An industrial area of Baltimore for most of its history, the city and developers transformed it into a tourism haven in the 1960s and ‘70s. It’s still referred to as Baltimore’s “crown jewel” today, even as its central shopping plaza has struggled in recent years.

Now’s the time to revert attention southward in the Patapsco, says Lance. “It could be that the Middle Branch is the next Darwinian leap when we look at what we want to do to transform the waterfront in the city.”

The addition of the park would coincide with Port Covington’s redevelopment across the water. With $535 million in tax-increment financing, that $5.5 billion project includes thousands of planned apartments, offices, retail, parks and more. The first phase of building for about a dozen blocks began this spring.

As part of its TIF deal with the city, Plank’s Sagamore Development signed an agreement committing to, among other things, hiring locally for construction, building affordable housing, providing $25 million for a worker training center and a $39 million contribution over the next 10 years to SB7 Inc., an entity formed to spread the funds among six waterfront neighborhoods for new parks, infrastructure and more.

But negotiations on that compromise took a great deal of work, and Allen and others are wary of more development on their side of the water that could gentrify their communities.

Lance says contest stakeholders are aware of those concerns.

He assured the city is planning ahead for equitable change. From the start, the design contest’s process included more than 50 meetings, with “an intensive and intentional community engagement focus,” and touched on how to “ensure the people who are there now can always remain there,” he said.

The planning department’s Ryer, who helmed a CDC in Southeast Baltimore for 12 years, said that last suggestion is crucial for current low- and moderate-income waterfront dwellers: “As a city, that has to be one of our focus points, helping people build wealth.”

Private-market renters are the most vulnerable to gentrification, he noted. He suggests the city expand on existing tax credits and incentives to help them buy homes and ensuring affordable housing is set aside in any future development.

And for the area’s thousands of public housing tenants — the Cherry Hill Homes have around 1,400 units, for example — he recommends the city steer more of them toward a federal program that sets aside money from their monthly vouchers to purchase a home.

Allen says Westport is already too far gone to protect its properties. Speculators moved in when Turner was planning his ultimately unsuccessful mixed-use project (Plank’s real estate firm later acquired those 43 acres), and proprietors have held on waiting to sell to the highest bidder — “almost never current residents,” she says — amid another boom.

But the ideas around building wealth and preserving community control of land could benefit other neighborhoods, she says.

For her part, she looks forward to a sprawling park being within reach for waterfront communities. “Having a state-of-the-art park means that we have a large common area for the adjacent neighborhoods. We have this huge amenity that is not only valuable to our home properties, but to us individually as people.”

She’s just not quite sold on who will benefit from such a grand transformation in the long term.

“Sometimes these things can disturb the balance that communities want. You don’t want it to be where everybody’s pushed out.”

Lance and others say with careful planning and a community-driven design process, that won’t happen.

“Twenty years from now,” he says, “they’ll be looking at this moment and saying, ‘That work was critical, that was the a-ha, the epiphany that changed this whole community.’”